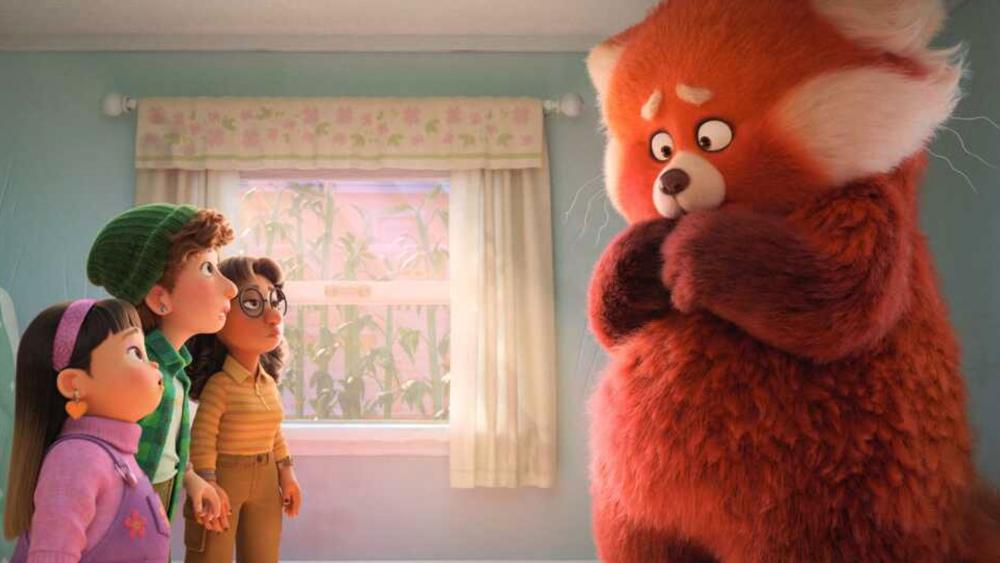 There’s been no shortage of conversation and debate surrounding Disney Pixar’s new animated film “Turning Red.” The movie, a coming-of-age story about a 13-year-old girl named Meilin who starts magically turning into a giant red panda, has one pastor warning about its themes and asking, “Is it demonic?”

Mike Signorelli, senior pastor of V1 Church in New York City, recently released a video on social media taking parents through his spiritual concerns over the film and the reasons he concluded it’s simply not a kids’ movie.

“I believe that every parent — not just a pastor, but a parent — has a mandate to actually screen material,” Signorelli told CBN’s Faithwire. “Because every single device you have in your home is a portal, either a window into the things of God or, unfortunately, things that I believe are demonic.”

The preacher said he is the parent of a young child and wanted to screen “Turning Red” to understand its contents better. Watch Signorelli detail his warnings:

“Within the first eight minutes, I was absolutely appalled,” he said, noting the theme deals with ancestral communication, among other topics that don’t align with a biblical worldview.

“We know in Hebrews 9:27, it’s appointed once to live and then to die and we face judgment, and it’s strictly forbidden, in the Christian context, to communicate with the dead,” Signorelli said. “And so, even within the first eight minutes, you have chanting, communication with ancestors, and immediately a red flag should start to go off.”

The pastor said millions of Christian parents don’t know what their kids are watching and who might not realize that the film shows spiritual practices “the Christian faith condemns.”

Signorelli, whose Facebook review of “Turning Red” is inching toward 100,000 views, said he wasn’t aiming to become “a viral meme of the Christian who’s trying to cancel Disney.” And he’s aware some will scoff at his concerns.

That said, he believes it’s essential for parents to be appropriately educated about the themes, one-liners, and general content. For instance, there are scenes surrounding menstruation as well as the line, “My panda, my choice” (a play on the pro-choice “my body, my choice” line), among other elements.

“There’s definitely a tipping point, and there’s a moment where you’re like, ‘They’ve gone too far,'” he said. “Now, if you extract the spiritual aspect of this movie, just on the basis of the content being about menstruation and this coming of age, it’s not appropriate for children.”

He also described a nightmare sequence in the film that he found particularly disturbing for kids. The scene shows the little girl’s ancestors being presented with “glowing red eyes” and essentially tormenting the child.

Toward the end of the movie, there’s also a ritual scene that troubled Signorelli. All of this, he said, should cause Christians to pause and reflect.

“I think what happens is we’re so desensitized that, over time, things that used to be offensive to Christians, unfortunately, I think that we’ve become accepting of them,” he said. “And we ignore it, and that’s really why I felt a burden to put the word out about this movie.”