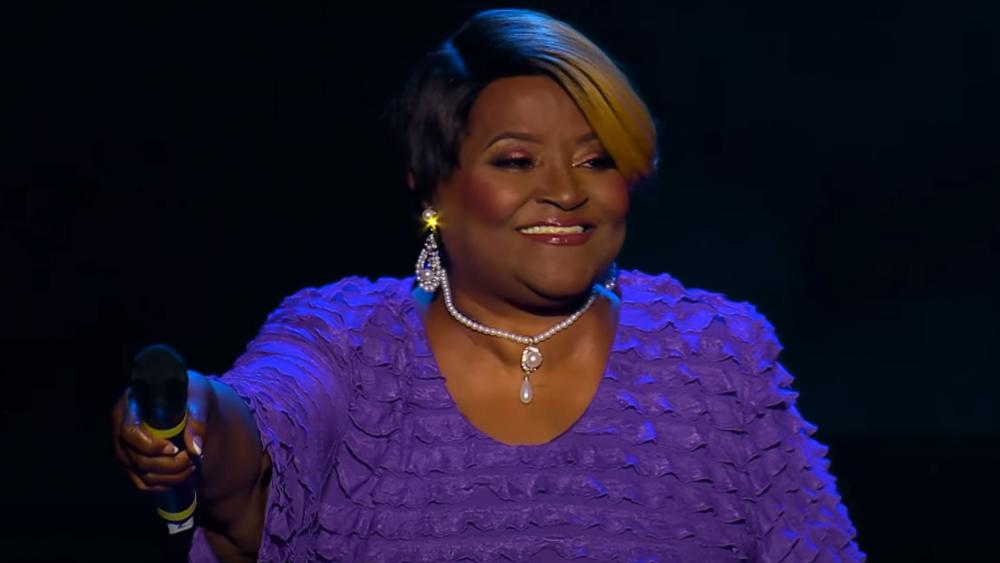 Gospel singer and songwriter LaShun Pace passed away Monday in Atlanta at the age of 60.

A Pace family member confirmed the news to Atlanta-based WXIA News, adding that she died from organ failure after being on kidney dialysis for five years.

BREAKING: The TRAILBLAZER of the legendary Gospel group, 'The Anointed Pace Sisters,' LaShun Pace, died this morning. Her sister Lydia Pace tells me that she passed away in a Metro Atlanta hospital from organ failure; she had been on kidney dialysis for 5 years  pic.twitter.com/T7B5smVG6Y

The 60-year-old was a founding member of the Grammy-nominated gospel vocal group, The Anointed Pace Sisters. Made up of nine members, the singing sisters started performing in church and local talent shows.

In 1991, she released her solo debut, He Lives, which rose to No. 2 on the Billboard gospel charts. The album featured her classic song, I Know I Been Changed. Pace's third studio album, released in 1996, A Wealthy Place, included Act Like You Know featuring Karen Clark Sheard.

Altogether, the legendary vocalist released eight studio albums and briefly worked as an actress. Most notably, Pace co-starred in Steve Martin's 1992 film, Leap Of Faith, as the Angel of Mercy.

In 2003, she wrote her memoir, For My Good but for His Glory, and was inducted into the Christian Music Hall of Fame in 2007.

Her dear friend Tyler Perry, who met Pace when he was a young playwright, had purchased a home for Pace's mother, Bettie Ann. She passed away in 2020.

Perry posted video of that special day on his social media accounts, saying, "Both of these incredible God Loving, God Fearing, at-all-times-praying women have passed on. Ms Betty passed not long ago, and today I found out that LaShun has also passed. As I think about the heartbreak of knowing that so many people are in need and the state of the world today, I'm just glad to know that they were able to spend their last days in a home that they owned, surrounded by love."

Pace's daughter, Aarion Rhodes told WXIA that she hopes people will remember how much her mother loved the Lord.

"My mother was a genuine, authentic woman of God. I heard someone say authenticity requires transparency, vulnerability, and integrity and she embodied all of those things," Rhodes said. "She sang the Word of God, she preached the Word of God but more importantly she lived it. She loved it."

LaShun Pace  An Exclusive Conversation With Her Daughter Aarion Rhodes. The Atlanta gospel legend died this morning at the age of 60. @OfficialLashun pic.twitter.com/3inIaMB9mY

Please pray for the Pace family during this difficult time.