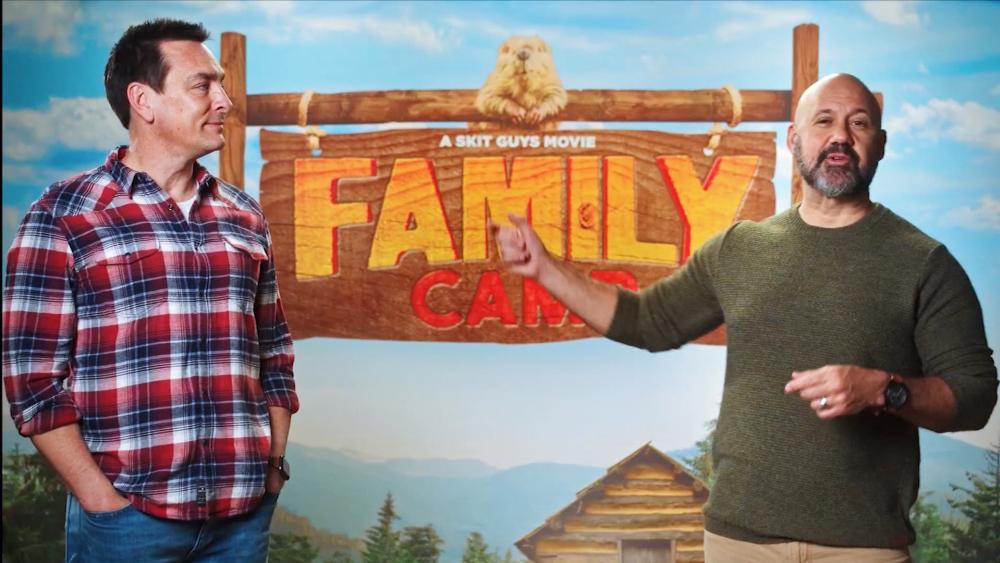 Tommy Woodard and Eddie James, who are better known as The Skit Guys, just released their first motion picture that honors faith and celebrates family.

The duo, who have been best friends since high school, recently sat down with CBN's Studio 5 for a behind-the-scenes look at the film, "Family Camp."

The faith-based comedy tells the story of two families who endure a week of adventures while attending Camp Katokwah.

The Skit Guys say transitioning from skits to a feature film was all part of God's plan.

"Only God. You can see how short-sighted we were to call ourselves skit guys," Woodard said. "We just always use skits. But God had a bigger plan. It was the greatest dream we always wanted."

James noted, "We started off by performing skits for our youth groups, then other churches. Eventually, we had the opportunity to perform for audiences around the world."

He continued, "It is very humbling. You know Luke 12:48, to whom much is given, much is expected. You know you feel that weight, or like what Spiderman's uncle said with, 'great power comes great responsibility.'"

Woodard explained that his character can be viewed as "your average church dude."

"My character is Tommy Ackerman. I mean, goes to church occasionally when he stops playing golf, you know. He gets conned by his wife into going to this family camp that he doesn't want to go to," explained Woodard.

In contrast, James described his character, Eddie Sanders, as a "realization" of himself.

"My character is that guy at church that is the first guy who goes, 'Hey where's the gang going for lunch?' You're like, 'Oh he's not part of our gang. Not another word.'"

The actors point out that the film mixes humor with an important message about God's grace.

"Family Camp is a great roller coaster. You get to get into a roller coaster and there is many ups and downs," James said. "There is going to be humor and there's going to be heart. So many things that tug at your heartstrings, maybe tear up a little bit. We're like, 'Are you crying?' 'No I'm not crying,' you know. And it's going to point you to God."

Woodard and James have made short films for churches for over 20 years. They say it's a privilege to move from skits to the silver screen.

"I remember we did something for a bunch of youth, like a thousand youth students and it really was that thing," James recalled. "We did our thing and we walked off and students started standing up and giving a standing ovation."

"I remember that going, 'Oh, maybe what we are saying is speaking to them, to that generation.' At that point you went, hey it's just a skit, but you realize God took it and did something with it," Woodard said.

To find out more about Family Camp, click here.