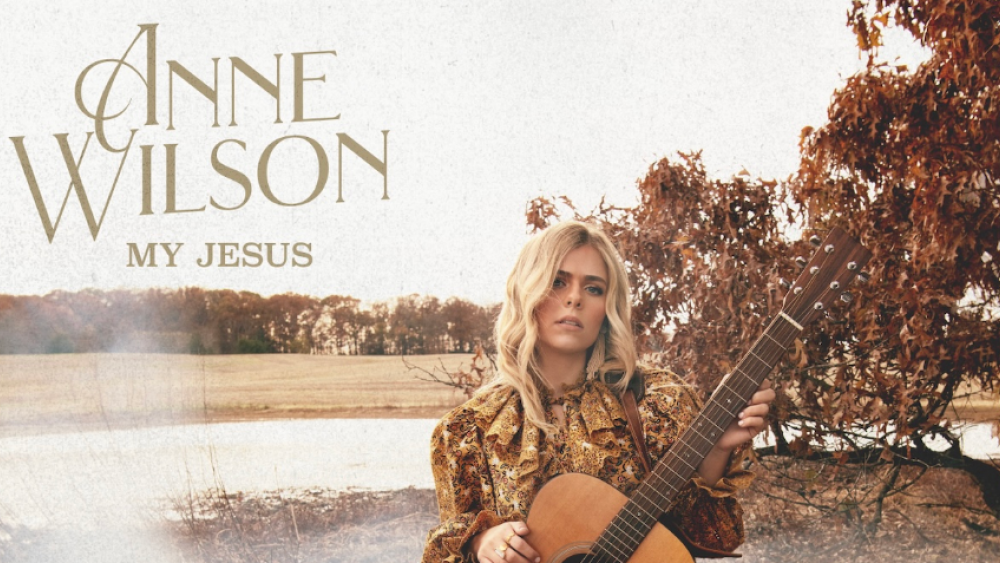 Christian singer Anne Wilson is rocketing up the Billboard charts, with her song, “My Jesus,” collecting award nominations and accolades as her career rapidly ascends.

Wilson, 20, recently told The Prodigal Stories Podcast she’s deeply thankful for the success she’s experiencing and that she never expected any of it.

“It feels very surreal and just like a dream come true,” she said.

Wilson’s hit song, “My Jesus,” has been nominated for a 2022 Billboard Music Award for Top Christian Song and has, over the past year, burned up the Christian charts.

What started as a mere effort to inspire people has grown into something much more significant.

“My heart behind releasing ‘My Jesus’ last year was … I wanted it to reach people for the Lord,” she said. “[I] didn’t have any idea that it would go No. 1. … I did not expect this.”

Listen to Wilson reveal the tragic event that inspired her musical journey:

Wilson’s meteoric rise has captivated many in the music industry, especially upon learning the catalyst for her entrance into the arena. She grew up in a Christian home, and her parents placed profound importance on music; they implored Wilson and her siblings to take piano lessons.

“I actually hated taking lessons,” Wilson recalled. “I had no passion for music when I was really young. I didn’t have any passion to do it by myself as an artist and to sing in front of people and perform.”

But a traumatic event in 2017 transformed Wilson’s perspective.

“It wasn’t until my brother [Jacob] passed away in a car accident in 2017 … that was kind of the moment that really changed everything for me.”

Wilson said she was playing the piano and singing one day when her mother asked if she would be willing to perform at Jacob’s funeral. The then-teen had never sung in front of anyone, yet she felt compelled to perform at the highly emotional and personal event.

That moving moment — a public performance the young woman had never given — ignited something inside Wilson and shined a light on the direction in which God wanted her to go.

The implications of that realization stretched far beyond a mere mission, as Wilson likewise found herself at a spiritual crossroads.

“It wasn’t until my brother passed away that things really shifted in a big way. If you’ve lost a loved one … but especially a close family member … I think you have to make this decision,” she said. “Am I going to trust God and walk this out with Him, or am I going to just turn the other way and leave Him and do this all by myself?”

The singer trusted the Lord while journeying through the pain that followed Jacob’s death, all while obeying God’s promptings into the music industry.

Now, her story of pain and triumph — as told through her music — is impacting lives.

“I’m being able to firsthand see all of the pain I went through losing my brother is now what’s changing other people’s lives,” she said. “People are being saved; people are being healed and delivered.”

Wilson’s success is “bittersweet.” While she knows her music reaches hearts and changes lives, she still profoundly misses her brother.

“I would trade all of this to have him back,” she said.

Still, Wilson is forging on, trusting the Lord, and allowing God to guide her path.

“Letting Him lead my life has been the most impactful thing,” she said.

Listen to Wilson tell the rest of her powerful story on The Prodigal Stories Podcast.