'A New Definition of Awesome': Season 3 of 'The Chosen' Kicks Off with a Big Splash in Atlanta 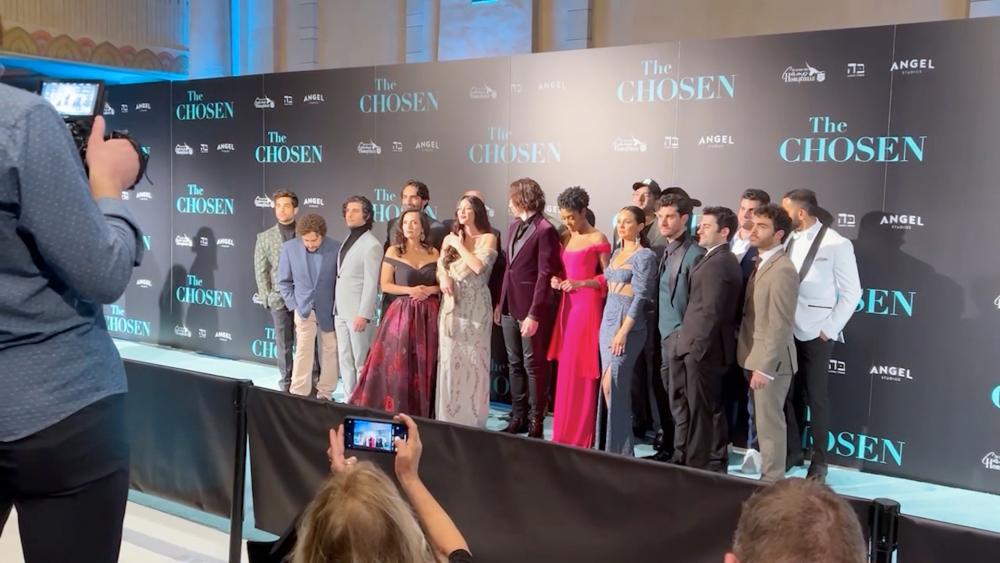 It's lights, camera, action for the cast and creators of the largest crowd-funded project in media history. They and fans kicked off Season 3 of The Chosen with a big splash at Atlanta's Fox Theater.

Jonathan Roumie, the actor who plays Jesus in the series, told CBN News, "It's been a beautiful opportunity for me. Season 3, for me, is probably the proudest season for me as an actor."

He says the upcoming seasons starts getting into some "meaty moments" in Jesus's  life on screen. "You know, moments I never thought I'd get to depict. And I think it's only going to go deeper."

The creator and director of The Chosen, Dallas Jenkins, says the Season 3 them is, "Come unto Me all ye that labor and are heavy laden, and I will give you rest."

"This is the period of the seven seasons where the disciples wrestle with God the most and they ask the questions that I think we've all asked at times in our faith journey, which is, wait a minute, why isn't everything awesome? And what Jesus I think gives us is a new definition of awesome."

Speaking of awesome, this chapter of the series comes with new music – a song from Matt Maher inspired by the very first season.

"The song is called 'The In-Between," Maher said. "And so it was obviously inspired by the conversation between Mary Magdalene and Nicodemus."

The scene he means is one where Mary Magdalene tells Nicodemus, "I was one way and now I am completely different. And the thing that happened in between was Him."

"The line itself is such a strong line and the show is done so well that I knew instantly kind of what it needed, what it needed to feel like making this video and seeing how the seeing the song through the eyes of all the characters has really deepened my love and appreciation for the show," Maher said.

He's in good company with millions of "The Chosen" fans.

Episodes 1 & 2 of The Chosen, Season 3, are theaters for a limited release now through November 22. The full season will be available on The Chosen app in mid-December.

Click HERE to find out where The Chosen is playing in your area, buy to buy tickets.