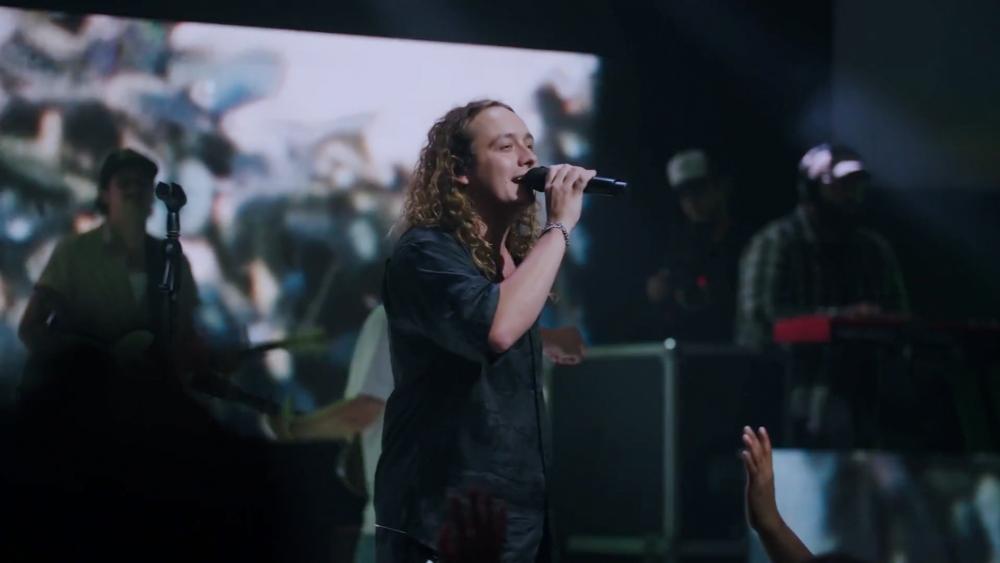 NASHVILLE, TN – Singer and songwriter Benjamin William Hastings is known for his work with Hillsong United. But the award-winning songwriter is now embarking on a solo music career. This new journey comes as he finds himself nominated for a Dove Award for "Worship Song of The Year."

CBN News's Studio 5 traveled to Nashville to chat with Hastings about his 25-track debut album self-titled "Benjamin William Hastings." "The album I started quite a while ago," Hastings told us. "I mean, some of the songs have been in existence in some form for about 10 years, but I really started working on the record about three years ago."

With 25 songs on the album, Hastings explained, "I guess I just wanted it to show all the sides of myself." He continued, "As I wrote one song, I was like, 'Well, I can't write that and not write about this.'"

The different sides of Hastings in each song come out of his own personal struggles. "A lot of this is in the album," he said. "I was wrestling with God."

The songwriter decided to use this debut album as a way to go public with his own personal battles. "It's almost like the whole album is almost oversharing because I was like, this is how I'm feeling." He goes on to say, "If I can just be entirely transparent about it, maybe it's going to help someone else."

Through years of work, this compilation of songs shows everything Hastings was feeling and what he was fighting. Ultimately, he says, the project is a message of hope and resolve.

He admits his journey is not always easy but "the resolve is, this valley's not going to kill me. Like, I'm going to get through the other side."

One of the first singles from the album is titled "So Help Me God." Hastings shared the message behind that song with Studio 5. "I just sat at the piano and I started singing, 'I've got to get through this, I'm gonna get through this so help me God.'"

It was a breakthrough moment for the artist where he realized even though he did not feel okay, through the help of God, he was going to be okay. And that triumphant belief was a catalyst for the debut album.

"I've always been like, I'd love to write a song about God being the pilgrim in reverse," he said. The "pilgrim in reverse" lyric comes from the "So Help Me God" song. Hastings went on, "As we spend our lives pilgrimaging towards and ascending the mountain, trying to be closer to what it is to be Christ-like, isn't it beautiful that while every other god puts themselves up on this high pedestal and said you could never be like me, our God, Jesus, came down the mountain like a pilgrim in reverse, and met us at the bottom and then helps us walk all the way back up."

This 25-track debut, a compilation of struggle, fighting, feeling, loving, and hope, reminds the listeners of one message, "we have this help the whole way."