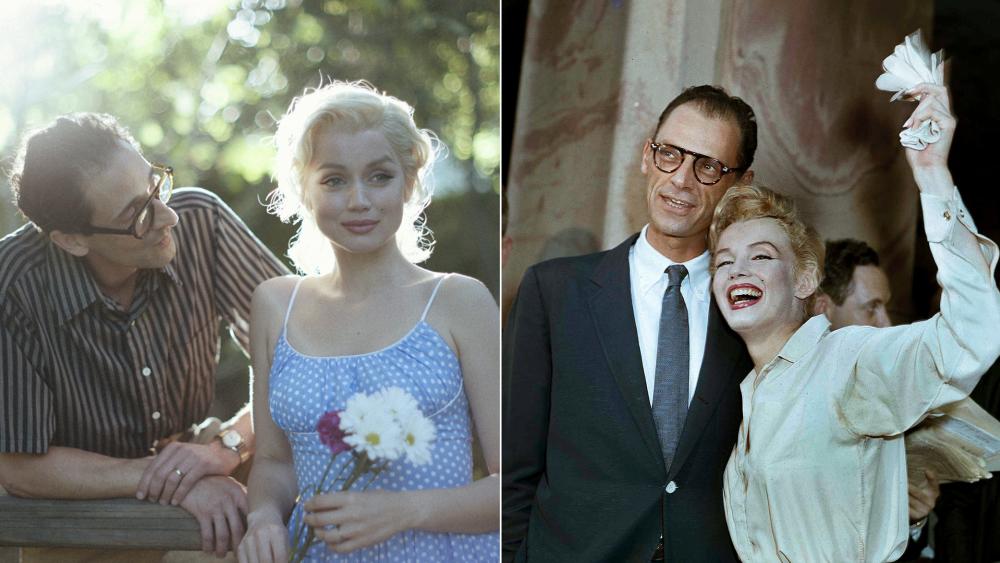 EDITOR'S NOTE: CBN News is not endorsing this film, only reporting about its relevance to America's cultural debate about abortion.

Movies are naturally prone to spark all sorts of opinions about their plotlines, character developments, and casting decisions. And when it comes to “Blonde,” starring actress Ana de Armas as Monroe, it seems the topic of abortion is drawing the ire of some pro-choicers.

The movie shows Monroe having two illegal abortions, which were shown as being pushed upon her, and which seemed to haunt her. At one point, a scene reportedly depicts an unborn baby speaking to Monroe and asking, “You won’t hurt me this time, will you?” according to The Hollywood Reporter.

This, among other sentiments, has some speaking out against the movie, which was directed by Andrew Dominik.

She continued, “Andrew Dominik’s new film, Blonde, bolsters their message with a CGI-talking fetus, depicted to look like a fully formed baby.”

Spruch said “false images” bolster misinformation and stigmas, and that people who have abortions should be portrayed properly in entertainment.

“We still have much work to do to ensure that everyone who has an abortion can see themselves onscreen,” she added. “It is a shame that the creators of ‘Blonde’ chose to contribute to anti-abortion propaganda and stigmatize people’s health care decisions instead.”

This is a curious reaction — especially the concern over accurate depictions — as many women and men do report struggling with past abortion decisions. In fact, there are some who seek healing and assistance to cope with the negative emotions and depression they feel stemming from abortion.

It would seem an on-screen depiction of such struggles would thus be warranted. If not, one is left to wonder if only certain women who have aborted are permitted to “see themselves onscreen.”

Interestingly, Dominik, director of “Blonde,” doesn’t see the film as anti-abortion, and, in an interview with The Wrap, pushed back against such claims.

“What the movie is saying is she’s not seeing reality. She’s seeing her own fears and desires projected onto the world around her. You see it constantly time and again that she’s reacting to a story that she’s carrying inside her,” he said. “And I think sort of this desire to look at ‘Blonde’ through this Roe v. Wade lens is everybody else doing the same thing.”

Dominik continued, “They’ve got a certain agenda where they feel like the freedoms of women are being compromised, and they look at ‘Blonde’ and they see a demon, but it’s not really about that.”

The director said he thinks people struggle to look outside of the “stories they carry inside themselves,” and added his belief the movie wouldn’t be called anti-abortion if it had been released just five years ago.

“I think the movie is pretty nuanced, actually, and I think it’s very complex, but that doesn’t fit — people are obviously concerned with losses of freedoms, obviously they are,” he said, arguing the events of today are likely clouding the lens through which the movie is being viewed. “I don’t think the movie is anti-pro-choice.”