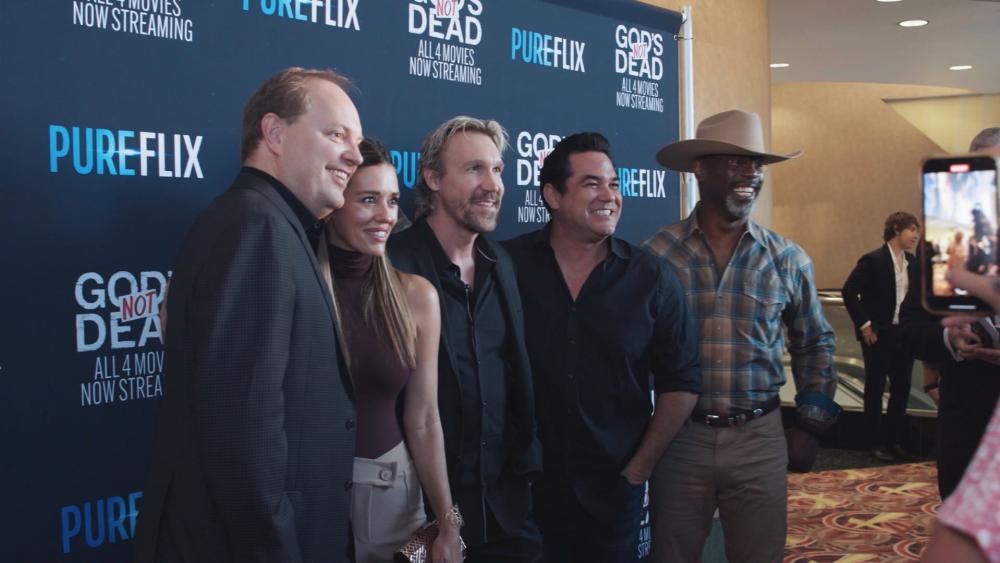 The "God's Not Dead" franchise is rising up for another premiere. This latest movie in the series, "Rise Up!" asks the question - Is God dead in politics?

Producer and actor White says this fifth installment will explore the role of faith in American politics.

"And I think that's a question that all of us are asking and this movie will tackle that ...I've always been amazed to see how the 'God's Not Dead' movies, when they hit, it's at a very relevant time," White said. "You know, every time before one of these movies, we pray about what it is that the Lord wants us to do with it. Where is it supposed to go? Honestly, you know, after the first one, we didn't really know that we were making another 'God's Not Dead' movie. It's always a surprise that we're making another one," he said.

Cory Oliver who starred in the first movie is excited about returning for #5.

"I just said, yes, I didn't even ask what's the role and I think it's just because the first 'God's Not Dead' changed my life in so many ways," she said.

"I've always been a Believer and I've always loved God, but I was, it was just a rough time in my life and I hadn't worked in the industry in many years and had a lot of friends tell me that it was just not gonna, you know, happen. And then, you know, God in his infinite way shows up and shows off in a way that you can't imagine. And you get to play a leading role between Hercules and Superman, you know? And so, it wasn't about me. It was about God and what He can do," Oliver said.

Actor Dean Cain of Superman fame is back and so is his bad boy character. "Actually, I'm really excited to see what my character has been up to. He was up to no good in the first movie, for sure. In fact, I think he's the only character who had no redeeming qualities about him whatsoever, so it will be interesting to see where he goes from here," Cain joked.

When asked how it feels to be part of the "God's Not Dead" franchise, Washington said, "It feels just as exciting as it felt with me working with Spike Lee during the hype, in the middle of his career. It's always exciting to work with innovators, with risk-takers, with people that are not afraid to tell the stories as authentically and as honestly, as they possibly can and strike a nerve or strike a spark," Washington said.

And if you want to catch up on the franchise, all four "God's Not Dead" movies are streaming on Pure Flix. Filming for #5, "Rise Up!" begins later this year.