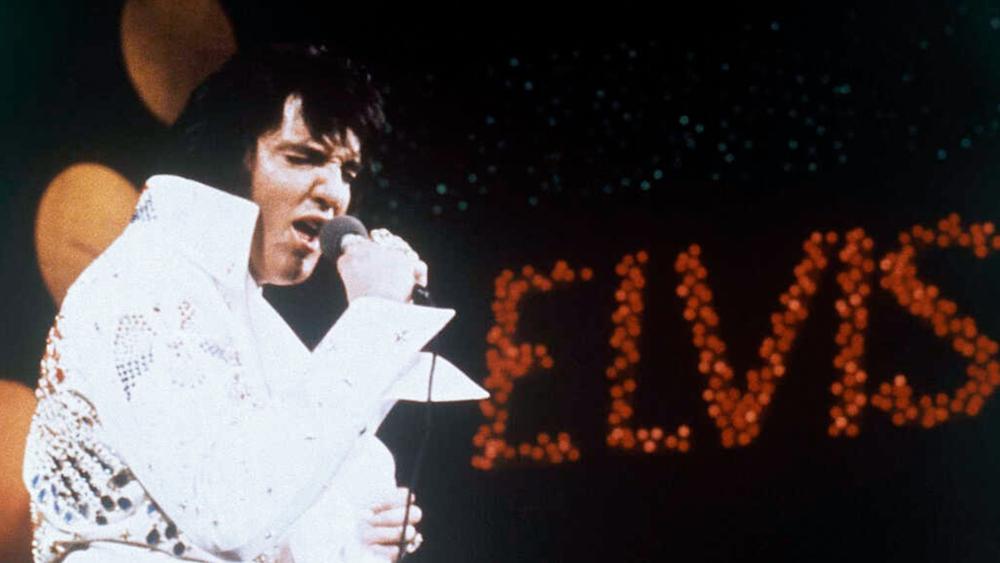 This 1972 file photo shows Elvis Presley, the King of Rock 'n' Roll, during a performance. A launch party marking the release of an album of gospel songs by Presley is among the highlights of 2018’s Elvis Week in Memphis, Tenn. (AP Photo/File)

Elvis Presley became an international sensation before his untimely death in 1977 at the age of 42.

But while the world celebrated “The King of Rock and Roll” for his musical talents, his stepbrother, Billy Stanley, is on a mission to shed light on another part of his life that receives much less attention: his faith.

Stanley, author of the forthcoming book, The Faith of Elvis: A Story Only a Brother Can Tell, sat down with CBN’s Faithwire to reveal some of the unique details of Elvis’ faith and life.

“He was a Christian, and most people don’t know that,” Stanley said. “When I say ‘Christian,’ he was a Bible-carrying Christian…wherever he went, he took the Bible with him.”

In fact, Stanley, who worked for Elvis when he was on tour, was tasked with carrying the performer’s Bible, and he often observed his stepbrother down on his knees praying.

“He read the Bible almost every day,” he said.

The challenges of fame, of course, were ever-present, especially for someone as well-known and cemented in the culture as Elvis. The singer had no shortage of headlines about his life, and he seemed to struggle with many of the demons fame can often bring about.

“Nobody can really imagine the position Elvis was in…here you have a man that really changed culture,” Stanley said. “I always thought…he had the devil on one side, and he’s got God on the other side, and there was a constant battle going on inside of his head.”

He continued, “[Elvis] did his best…whenever he was in trouble, he would always turn to God.”

Stanley said his stepbrother would often pray for “God’s mercy,” forgiveness, and wisdom.

One of the other elements of the rock star’s life was a rabid generosity that, at moments, stunned Stanley and even brought him to tears.

“He was the most generous giver I’ve ever met my life, giving money, cars, and homes…to people he didn’t even know,” he said.

Stanley recalled one time he was driving around Memphis with Elvis. The two were chatting when they passed a homeless man. Elvis did a U-turn and told Stanley to grab his wallet to give money to the man.

Elvis handed over the cash to the homeless man, who recognized the megastar. The homeless man told the singer he was a big fan, and Elvis responded by telling the man the cash gift was his way of paying him back for watching his movies and listening to his music.

The touching memory left Stanley tearing up as he recounted the details.

“I still get a little emotional on this. As we was pulling away. The guy said, ‘God bless you, Mr. Presley’ and Elvis looked at him and said, ‘Sir, he already has,'” Stanley recalled. “I’m sitting there crying like a baby, going, ‘This generosity.'”

On another occasion, he recalled Elvis’ kind deed for a woman whose home burned down around Christmastime; the woman and her children escaped but lost their belongings.

“He had one of the guys that worked for him go get an apartment, pay for six months rent, furnish it, get toys and clothes and everything for the family,” Stanley said. “His strict instructions was…if she asked who did this, he said, ‘You just tell her Santa Claus did it.’ He didn’t want the recognition for it.”

The Devastation of Elvis' Death

Millions mourned Elvis’ death after the singer unexpectedly perished due to heart failure, but Stanley’s loss was deeply personal; it rocked his world. At the time, Stanley was no longer working for his stepbrother, as he wanted to “make it on his own.”

“It devastated me because I never could have pictured [it],” he said. “I always thought he was gonna outlive me…I never thought of it. And when it actually happened, it just devastated me so bad that I didn’t know how to grieve at the time, and I turned to alcohol and drugs.”

Stanley recalled a dream he had after Elvis’ death — an earth-shattering moment that led him to seek sobriety.

“One night, I had a dream, and I was talking to Elvis, and I just looked at him, and I said, ‘What does it feel like being dead?'” Stanley recalled. “And he looked at me and said, ‘Don’t you know?'”

Stanley said he woke up in a cold sweat and entered a treatment center.

Stanley also reflected on his final conversation with Elvis, a chat that unfolded just two days before the singer died. As Elvis was helping his stepbrother bandage up a minor injury in the bathroom, the two looked at one other in the mirror and had a heartfelt conversation.

“He says, ‘Do you believe God forgives us for all our sins?’ I said, ‘Yes,'” Stanley said. “He kind of took me off guard with that question. I said, ‘Yes, we’ve read about it many times, and you’ve told me this too, and this is what I’ve learned in church.’ He said, ‘Good. I just want to make sure you know that.'”

The brothers then started to talk about life and their dreams, and Elvis offered encouragement for Stanley’s future.

“He said, ‘One day, Billy, you’re gonna fall in love with a girl [and she will] just go and change your whole life,’ and that’s happened,” Stanley said. “Everything he told me that day has happened.”

Stanley said he’s hoping his new book “The Faith of Elvis: A Story Only a Brother Can Tell” will offer a new lens into Elvis’ life — and faith. But, most importantly, he wants people to discover a relationship with Jesus as a result of it.