After a Brief Pause, Recording Artist Dante Bowe Is Ready to 'Press Play' on His Future 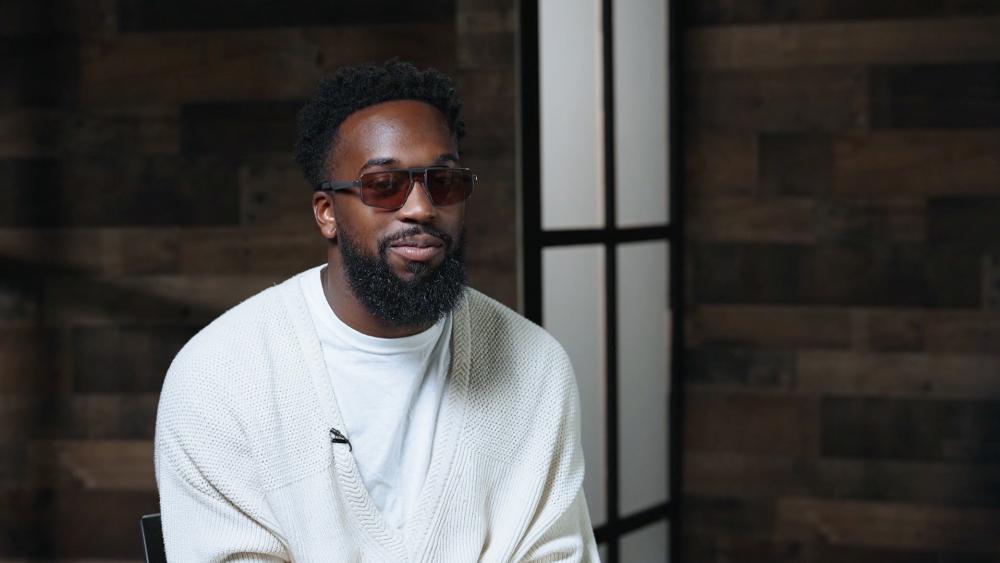 Image source: CBN News
6319098211112
After a Brief Pause, Recording Artist Dante Bowe Is Ready to 'Press Play' on His Future

Grammy Award-winning, multi-platinum singer and songwriter Dante Bowe has made a return to the Gospel/Christian music scene. In a CBN News/Studio 5 exclusive interview; Dante talked about his surprising split from Maverick City Music, his new music journey, and how he is doing after taking some time away. 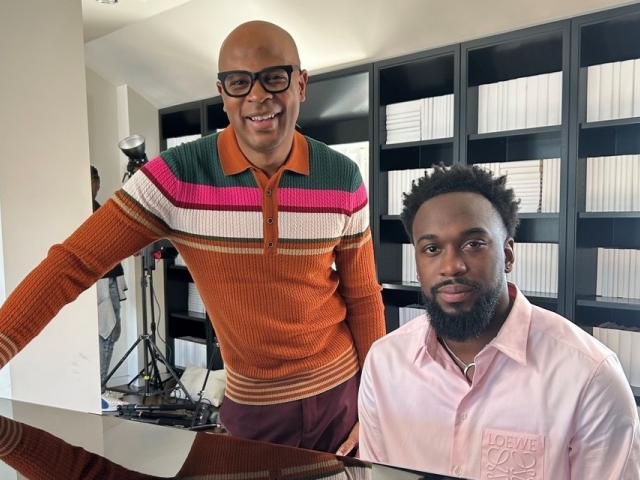 Back in September of 2022, Maverick City Music released the following statement: "Due to behavior that is inconsistent with our core values and beliefs, we have decided to put a pause on our professional relationship with Dante Bowe. Decisions like these are not easy because of the level of nuance, both professionally and personally, but we felt it necessary to address."

Following that news, Bowe decided to take a break from social media and some public appearances. Part of his announcement said, "In light of recent events and opinions, I've talked to some of the wisest leaders and brothers around me. I'll be taking time off social media to rest mentally and physically."

After months of rest, Dante has released a new single and launched his own record label called True Music. His new label will release his next solo album in the coming months. It's called "Press Play."

He sat down with CBN's Studio 5 to take a look back at the split from Maverick City, and to look ahead at his future in music.

"I don't think that would have happened if, you know, just certain things didn't occur. The trials are not in vain. Nothing is wasted. Nothing's in vain," he continued.

The "pause" from Maverick City Music pulled him closer to God.

"I just feel like I never shut the door on God. I kept the door wide open because I need Him more in those seasons than ever I need Him. You know when I'm just on the mountaintop. You know what I mean? I always need Him, but I just think I ran to him, you know, faster," he said.

"I wanted more of Jesus when I went through that, you know what I mean? And I think that's the point of it all. Sometimes, you know, those things happen so we can draw near right. So, I felt very close to Him in that season. Also, just the team He put around me. I felt so blessed. My friends are with me the entire time.  It was really a fabulous time and I felt really, really blessed. And how can you not run to Him after, you know, feeling so overwhelmed by His presence and His blessings," he continued.

Bowe has endured other trying times in his life, including family loss, abuse, and homelessness. But he believes it was all necessary.

"You know, God oftentimes prepares us for the journey. And I feel like everything I've gone through and everything I'm going through is important. You know, it's very, very relevant to my destiny and my future. My purpose in those dark seasons is when you really see the light and when you really get revelation, a new vision, a new strategy, and new approaches to life. So I think, you know, it's just a part of growth," he said.

Bowe released his new single, Hide Me, in grand style. It played in the middle of New York's Time Square on ABC's Good Morning America on Friday, January 13, 2023.

He shared the story behind the song in his exclusive, in-depth conversation on Studio 5.

"We immediately started recording, didn't know an album would come out of it. But that's the plan of God, you know? It's like God's plan. You know, it's not our will, his will. It was just natural," he continued.

"John, John, start playing that beat. And the first thing I thought was, you know, I'm under the shadow of the Almighty. I'm under his wing and there is safety there. I think this entire season has been me under the shadow of the Almighty. I felt so hidden and so protected and close to Him. I think a lot of people would think I felt, you know, a little down or out or, depressed even maybe. But I really felt very protected by the Lord in the season of my life," Bowe told CBN News.

That protection propelled his new musical journey and his own record label.

"You know, it feels really, really good. I love Maverick, and I love Bethel music, I mean, they've done so much for me and we're still friends to this day. I've always had support, but I just think, you know, different things are necessary for the next journey and it's God's plan and we're trying to do it right."