'My Identity Is in Jesus': 49ers QB Brock Purdy Points to God After Leading Team to NFC Championship 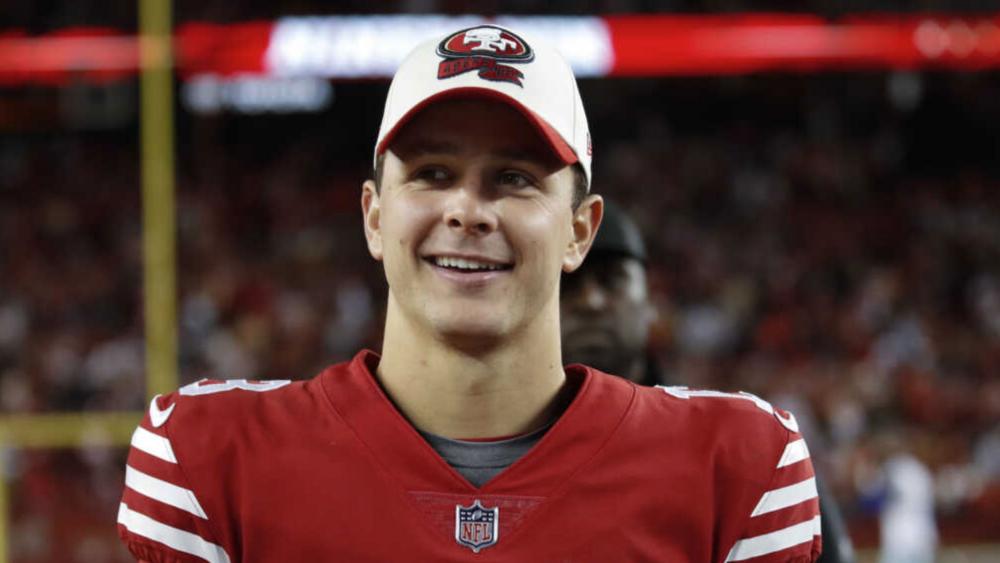 NFL quarterback Brock Purdy is crediting his Christian faith for giving him confidence and a heart of gratitude after leading the San Francisco 49ers to the NFC Championship.

Purdy arose to starter in early December, after a series of injuries bumped him up from his initial position as the third-string quarterback. On Sunday, he led San Francisco to a 19-12 victory against the Dallas Cowboys and then into a championship game against the Philadelphia Eagles.

The winner of that game will go to the Super Bowl.

In August 2021, Purdy — who is being touted as a candidate for the NFL Offensive Rookie of the Year Award — told Sports Spectrum his “identity is in Jesus.” The conversation is spreading once again on social media in the wake of the athlete’s spate of victories.

"The bottom line, my identity is in Jesus.”

49ers QB Brock Purdy with poignant words on his faith in Christ from August 2021 pic.twitter.com/PlNtmcngMZ

Purdy, 23, shared the faithful revelation after admitting he once elevated football above his relationship with the Lord — a sin for which he sought God’s forgiveness.

“It was just a great reminder of where my identity is, where it lies,” he told Sports Spectrum. “And it’s in Jesus. And I continue to lean on Him. Again, the next day I didn’t go out and throw for 500 yards and was this awesome quarterback, but it was just this peace that I had with Him knowing that, ‘Hey, no matter what, I’m going to face moving forward during college football, God and Jesus are going to be my identity. And whatever I face, I won’t be shaken from it.’ I’ve got a great foundation in Him.”

In his Instagram bio, Purdy describes himself as a “believer in Jesus.”

“The Lord is my rock and I will not be shaken,” he wrote in one Instagram post alongside a picture of himself pointing upward, revealing a white wristband with a black cross on it. “I love you boys and will go to war with y’all time and time again.”

Following the 49ers’ first win after he became quarterback, Purdy said he plays with a sense of “fearlessness.”

“You go out there, you prepare as best you can, you get better every single day at practice, and once you get your opportunity, it’s: What are you going to do with it?” he told reporters in early December.

"You prepare as best as you can. You get better every single day at practice and once you get your opportunity, what are you going to do with it?"

“For me,” Purdy explained, “I believe in the Lord, and I trust in Him. I just go out there, and I just play.”