Can Humans Live Forever on Earth? These Billionaires Are Banking on It 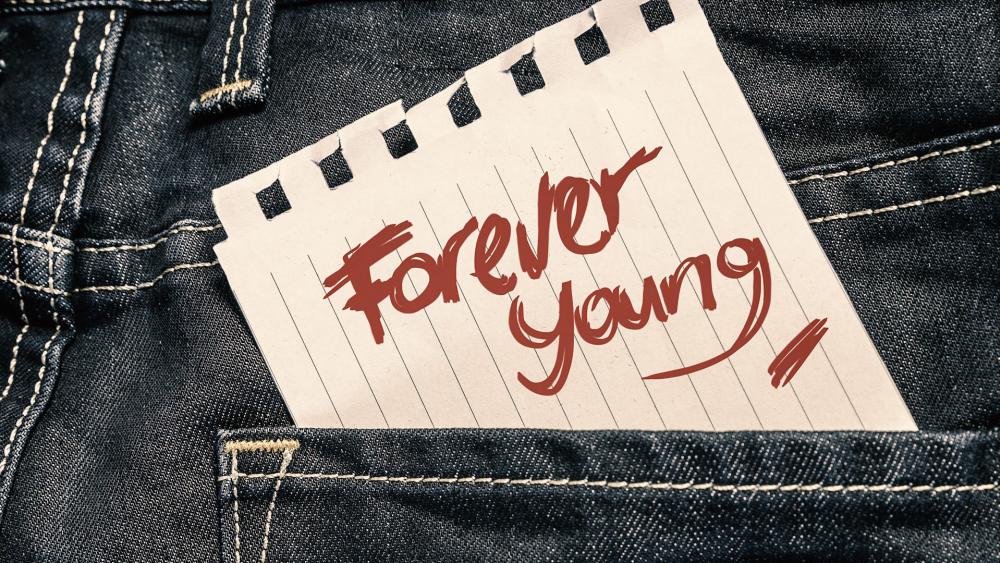 Back in 1988, Rod Stewart belted it out at the top of his lungs: "Forever young, forever young!"

So did the lesser known German synthpop band Alphaville, singing: "Forever young, I want to be forever young. Do you really want to live forever? Forever, and ever."

Here's the music video, but don't watch too much of it or your mind will start to age dramatically:

Those songs aren't just a throwback to the awesome 80's. "Forever Young" appears to have become the personal quest for a number of Silicon Valley billionaires and other elites who are pumping big bucks into efforts to live forever.

Their collective dream is a powerful reminder of the deep ache for eternity that resides in the heart of every person.

I would argue that ache is actual proof of an afterlife, that every human spirit innately knows there should be something more.

Google founders Sergey Brin and Larry Page must be feeling it. They spent more than a billion dollars to create Calico Labs to research ways to battle the inevitable.

And Amazon's billionaire businessman Jeff Bezos is funneling millions into Unity Biotechnology, a company on a mission to find ways "to slow - or stop - the aging process or enable immortality."

Meanwhile, PayPal founder Peter Thiel has also given cash to Unity, as well as Alcor, a cryogenic company which freezes people's bodies in the hopes that one day a cure can be found for death.

"Last fall, Unity raised a hundred and sixteen million dollars from such investors as Jeff Bezos and Peter Thiel, billionaires eager to stretch our lives, or at least their own, to a span that Thiel has pinpointed as 'forever,'" the New Yorker reports.

According to numerous media reports, Thiel is also very interested in the possibility that injecting blood from young people into older people could be part of an anti-aging solution.

"That practice is known as parabiosis, and, according to Thiel, it's a potential biological Fountain of Youth--the closest thing science has discovered to an anti-aging panacea," Inc.com reports.

It's not just the Silicon Valley billionaire crowd who are hoping to achieve man-made eternal life.

The New Yorker reports about a gathering which included Hollywood elites like Goldie Hawn, in Norman Lear's living room, speaking to a Nobel Prize winner about a powerful antioxidant nicknamed the "God Molecule."

No need to go on and on and on. You get the picture.

Sure, I get what these people are after. If I didn't have anything to look forward to beyond this world, my dozens of dollars would be right there with those billionaires' big bucks.

And maybe in the midst of this quest for man-made eternal life, some good research will actually help find cures for diseases. But I know one thing for sure. No matter how much science advances, everyone will have to face death at some point. What comes after that is up to you.

"People are destined to die once, and after that to face judgment. So Christ was sacrificed once to take away the sins of many," Hebrews 11:27-28 says.

Of course, death and eternal life are at the crux of Christianity, and the Bible cuts right to the heart of the matter on many occasions.

So how can we have eternal life, with or without a billion dollars?

Jesus said in John 17:3, "This is eternal life: that they know you, the only true God, and Jesus Christ, whom you have sent."

And Jesus boldly declared in John 11:25, "I am the resurrection and the life. The one who believes in me will live, even though they die; and whoever lives by believing in me will never die."

There it is. The cure for death.

Jesus also said, "I am the way, the truth, and the life, no one comes to the Father except through me." He didn't say He was "a way" or "one of many truths" or "one possible source of life." He said THE way, THE truth, THE life.

No one is guaranteed tomorrow. But everyone is offered the gift of eternal life through Jesus Christ.

There's only one thing left to say.

This is your chance. What are you gonna do with it?