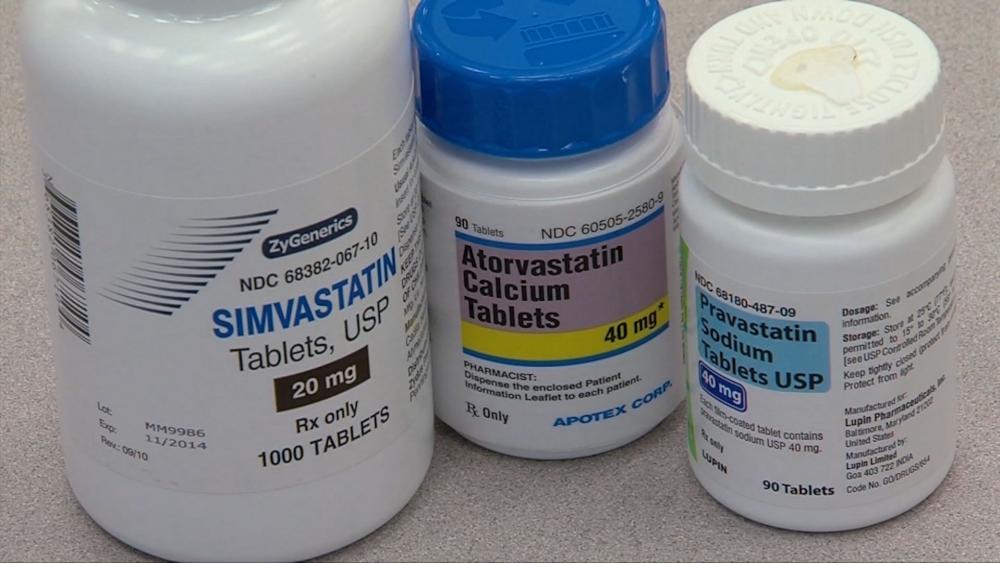 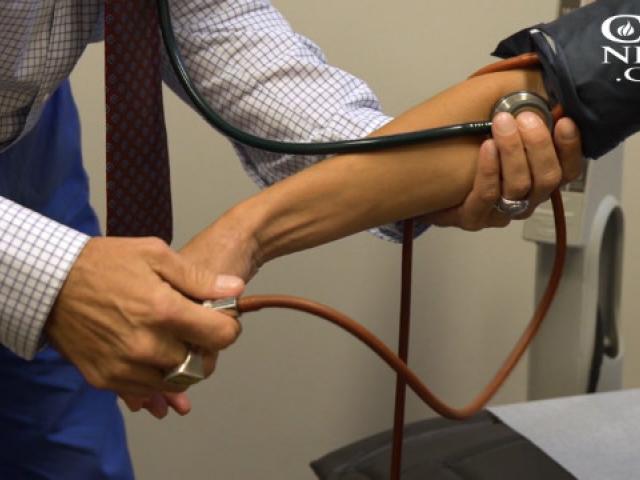 Chances are you or someone you know takes a drug to lower cholesterol. This class of drug is called a statin. They are the most widely prescribed drugs in history. An estimated one-fourth of Americans over the age of 40 takes a statin.

These enormously popular drugs are controversial. On one hand, some doctors say they are so beneficial, far more people should be taking them then those who already do. However, on the other hand, there are physicians who say statins should be used by fewer people than those who are currently taking them.

READ: Heart Disease: Cholesterol Is Not the Real Enemy

In addition to doctors, many patients are weighing-in on statins, based on their own experiences with the drugs. Patients like David Venables, who blames statins for ruining his life and killing his dream of a retirement filled with travel. He says taking the drug caused such severe walking and breathing problems, he's now basically homebound.

"I have a disease that apparently is not going to get better. And it's progressive," he said, "I took the statin drug. It triggered something."

Although David felt great, his doctor prescribed a statin because he felt David's LDL or "bad cholesterol," was too high. Not long after that, David started experiencing problems he'd never encountered before.

"I woke up screaming. Both my legs from my knees down were locked and I could feel my feet, my toes, were pulling up, and I couldn't move. I felt my Achilles tendon ripping."

According to the U.S. Food and Drug Administration, statin side effects include memory loss, confusion, muscle problems, increased blood sugar and diabetes, liver issues and more. Side effects often go away when the patient stops taking the drug. Some statin users, however, say their problems are permanent.

"A lot of people are angry because we were healthy, and got put on a drug, and then were not healthy, and it's often simultaneous," David said, "It starts immediately upon taking the drug, and there's a whole industry saying it's not from the statin drug. My doctor said, 'You have a systemic disease,' the cardiologist who pushed this on me, 'You have a systemic disease but it's not from the statin drug.' I said what's it from? He said, 'I don't know.'"

READ: How the DASH Diet Can Spare You from 'The Silent Killer'

David is one of thousands on the web and social media reporting devastating, even fatal reactions after taking a statin...to little avail. "You can't prove it. You can't disprove it. And no one will make money from studying it," he said.

One Doctor's View: Stick With Your Statin

Cleveland Clinic Cardiologist Leslie Cho told CBN News she worries stories like these might discourage overall statin use. "For us to say things like, 'Oh, I think too many people are taking statin therapy,' and for your viewers who desperately need cholesterol-lowering medicine because they had a heart attack or stroke, then take themselves off would be a horrendous disservice," she said.

Dr. Cho goes even further by saying not only should patients who have been prescribed statins stick with the drug, but that more people should start taking one. "There's great evidence that if you have low cholesterol you live longer, have less heart attack, less dementia, less stroke," she said, "And these cholesterol medicines have been studied in over one million people. Penicillin was approved based on 40 patients."

While proponents of cholesterol-lowering statins say scientific evidence proves the drugs save lives, there are others within the medical community who say that research is deeply flawed. In his book, Overdosed America, Dr. David Abramson claims drug companies pay for the studies.

"When the drug companies undertake research, their primary goal is to produce what's taken for knowledge that will increase their drug sales," said Abramson, who teaches at Harvard Medical School and worked many years as an expert in litigation involving drug and device companies as well as practicing as a family doctor for 20 years.

He says a key facet to the drug companies' dissemination of information is their control of the original data. He says they oversee who is chosen to participate in the study, who is dropped from the study, the way questions are asked and more. Perhaps most significant, according to Abramson, is that drug companies keep the raw data secret and release to the public only the information they obtained that makes their product look good.

"There are significant differences between what's published, in even the best journals, and the data that exists in a primary form that you can only get access to in litigation. It's corporate secrets," he said.

In short, Dr. Abramson says the medical community is being scammed. "They're looking at the story that's being told by the drug companies, unverified, thinking that's the real evidence."

The Fix: Transparency in Drug Research

To fix the problem, Abramson is calling for transparency in pharmaceutical companies' research. That would mean unbiased, outside experts must analyze all of the raw data and draw their own conclusions before the drug companies are allowed to publish their research. An obviously expensive prospect, Abramson suggests paying for it by taxing the billions of dollars drug manufacturers spend on marketing.

In addition to overseeing all of the raw data from pharmaceutical research, Abramson says the public should also know whether there is an all-natural solution to medical problems that are just as effective as the drugs being studied. Therefore, he says congress should mandate that the FDA add a "lifestyle arm" to all drug research to determine the results of behavior modifications compared to taking a drug.

"Exercising routinely, not smoking, addressing the stress in your life, eating a healthy diet," he said, "That's probably about four times more important than the conversation about statins."

When it comes to preventing heart disease, the focus tends to be on lowering LDL, or "bad cholesterol." However, an increasing number of physicians say there are more important things to look at.

Dr. Fratellone is one of a growing number of healthcare providers who say a more important heart disease risk factor than high LDL cholesterol is high triglycerides, combined with low HDL, or "good cholesterol." These two measurements are part of a typical blood lipid profile, but are often overlooked.

"So when you eat a diet full of simple sugars, full of breads, pastas, high sugar fruits, your triglycerides go up. We know there's an inverse relationship, meaning as high as the triglycerides go, the HDL, which is the good cholesterol, drops very low, and we want our HDL in men to be above 40, and in females to be above 50."

Dr. Fratellone says triglyceride levels should be less than 150. He says lowering triglycerides and raising HDL or "good cholesterol" can be done by eating healthier.

"I usually put people on a low carbohydrate lifestyle, moderate fat, good fat, from avocadoes, nuts and seeds, lean protein," he explained, "But I also put them on oils, because Omega-3s decrease triglycerides. There is one supplement that decreases triglycerides called Niacin."

So while most doctors agree statins are helpful for some patients, with all these questions, you should feel free to talk to your doctor about whether one is right for you. 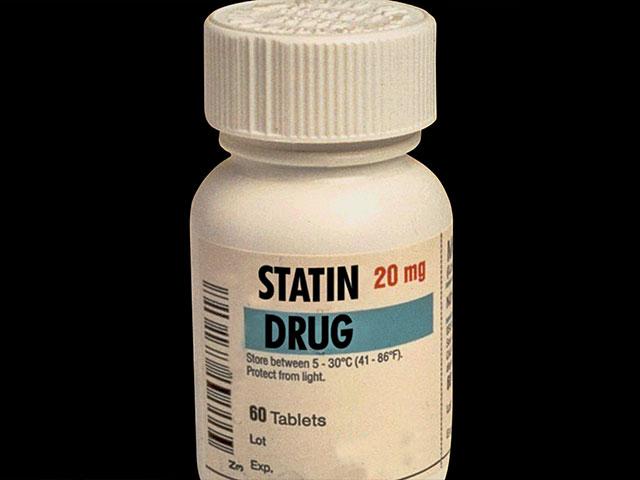 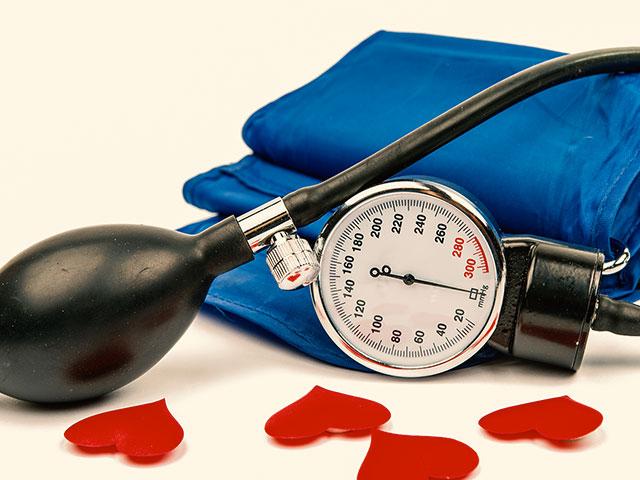 How the DASH Diet Can Spare You from 'The Silent Killer'

Cholesterol NOT the cause of heart disease?