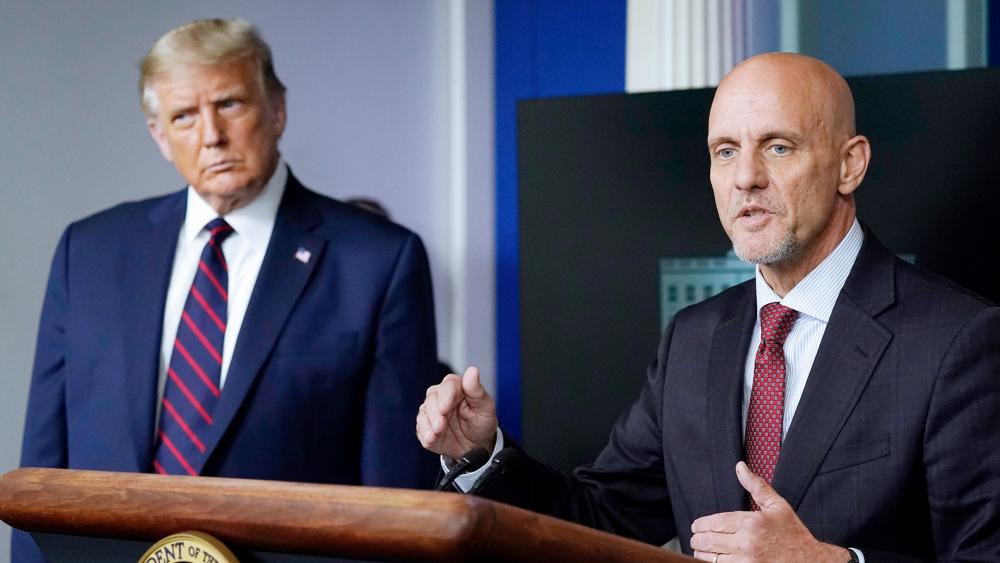 ABOVE: CBN News Medical Reporter Lorie Johnson appeared on the Monday morning edition of CBN's Newswatch to talk about the use of convalescent plasma in the treatment of COVID-19 patients.  Newswatch is seen weekdays on the CBN News Channel.

There's some good news in the fight against the Coronavirus. The number of new infections has dropped to the lowest level in two months.

The news comes as President Trump and the Food and Drug Administration announced progress Sunday in treating COVID-19.  So far, the virus has killed more than 175,000 Americans.

The FDA declared emergency use authorization for convalescent plasma for COVID-19 patients, saying its benefits outweigh its risks.

Convalescent plasma is blood from people who have survived the virus which is then transfused into people currently fighting it.

It's been used on 70,000 people since the pandemic began. The treatment is a century-old approach to fend off flu and measles before vaccines. It's a go-to tactic when new diseases come along, and history suggests it works against some, but not all, infections.

President Trump said the emergency use authorization will dramatically increase access to the treatment.

But the FDA's chief scientist says the treatment should not be recognized as a new standard for treating Coronavirus patients.

In a letter describing the emergency authorization, the chief scientist for the FDA, Denise Hinton, said: "COVID-19 convalescent plasma should not be considered a new standard of care for the treatment of patients with COVID-19. Additional data will be forthcoming from other analyses and ongoing, well-controlled clinical trials in the coming months.

According to the Associated Press, the White House had grown agitated with the pace of the plasma approval. The accusations of an FDA slowdown, which were presented without evidence, were just the latest assault from Trump's team on what he refers to as the "deep state" bureaucracy.

White House chief of staff Mark Meadows did not deal in specifics, but said that "we've looked at a number of people that are not being as diligent as they should be in terms of getting to the bottom of it."

"This president is about cutting red tape," Meadows said in an interview Sunday on "This Week" on ABC. "He had to make sure that they felt the heat. If they don't see the light, they need to feel the heat because the American people are suffering."