'I Thank God for Giving Me Another Day': Mom Credits Little-Known Drug Leronlimab with Saving Her Life 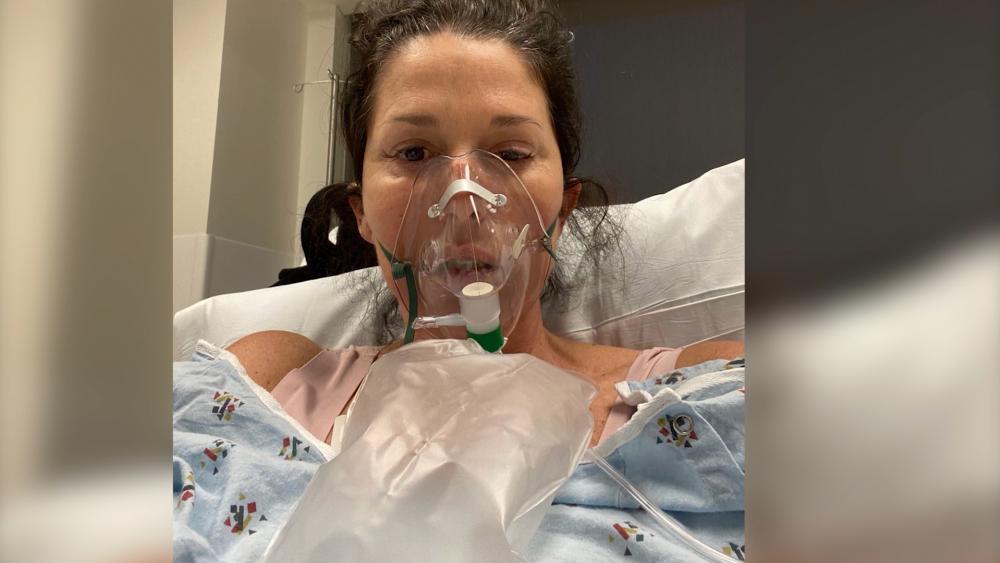 Samantha Mottet survived a near-deadly bout with COVID-19 with the help of leronlimab.
6156913200001
'I Thank God for Giving Me Another Day': Mom Credits Little-Known Drug Leronlimab with Saving Her Life

The married mother of three underwent a liver transplant 14 years ago, putting her at high risk for serious complications from COVID-19. Her faith and that of her friends and family sustained her through her ordeal.

"I had overwhelming support from my friends and family praying for me," she said, "They were all praying for a miracle that I would survive this."

Samantha was treated by Dr. Otto Yang, an infectious disease specialist, who treated her with a number of experimental therapies with little success.

"She certainly had not improved," he told CBN News. "She had been on the ventilator for several days already and her condition was still critical and not improving at that point. So I thought that we didn't have much to lose."

Dr. Yang has had a longstanding interest in HIV-pathogenesis stemming from his experience at New York's Bellevue Hospital where more than half of his patients were HIV-1 infected. Because of that, he was aware of the drug leronlimab, which was originally developed to treat HIV patients and is now being used by some doctors to treat COVID-19 patients. After getting permission, Dr. Yang injected Samantha with leronlimab.

Samantha feels grateful that her doctor knew about leronlimab and wishes more COVID-19 patients and their physicians were familiar with it.

"It was my last hope and if it were not for that drug I truly would not be here today," she said.

In addition to Samantha, Dr. Yang has given leronlimab to several other patients with varying results.

"It's been a mixture," he said. "Many of them have improved. Not everyone."

Leronlimab was developed by the biotechnology company CytoDyn. The drug is a monoclonal antibody that CytoDyn CEO Dr. Nader Pourhassan says can calm the often deadly 'cytokine storm,' which is an extreme immune system over-reaction.

"If we can stop the death, this is just the flu. It won't do anything," he told CBN News. "The whole country can be reopened and everybody's going to be safe if this works the way we think."

The US Food and Drug Administration designated leronlimab as an Emergency Investigational New Drug or EIND.

"That requires the physician personally to contact the FDA, produce certain types of information and get approval," Dr. Yang explained. "It's fairly time consuming and it's a barrier to giving it."

Pourhassan said the time it takes to receive FDA approval is costing lives.

"People are dying right now," he said. "They're asking us for the drug and when we send it to them, on a couple of occasions they got the drug and they were dead already."

CytoDyn is asking the FDA to upgrade leronlimab for "compassionate use" and believes that will happen when the agency receives more data about its efficacy.

"We are just hopeful to get to our trials. The FDA has immediately given us two trials, one randomized Phase 2 trial for mild and moderate, and one Phase 3 for severe population," he said. "We're enrolling as fast as we can and hoping to have results from our first 75-patient trial very quickly."

Meanwhile, Samantha is doing all she can to spread the word.

"I feel like my number one purpose right now is to promote leronlimab because it saved me. I just get chills sometimes when I think about how close I was to death," she said. "Every morning since I've been home, the first thing I do in the morning when I open my eyes is, I look up and put my hands together and I thank God for giving me another day and I go to bed at night thanking Him."