Anticipated COVID-19 Outbreaks in Schools Have Not Arrived, According to Early Data 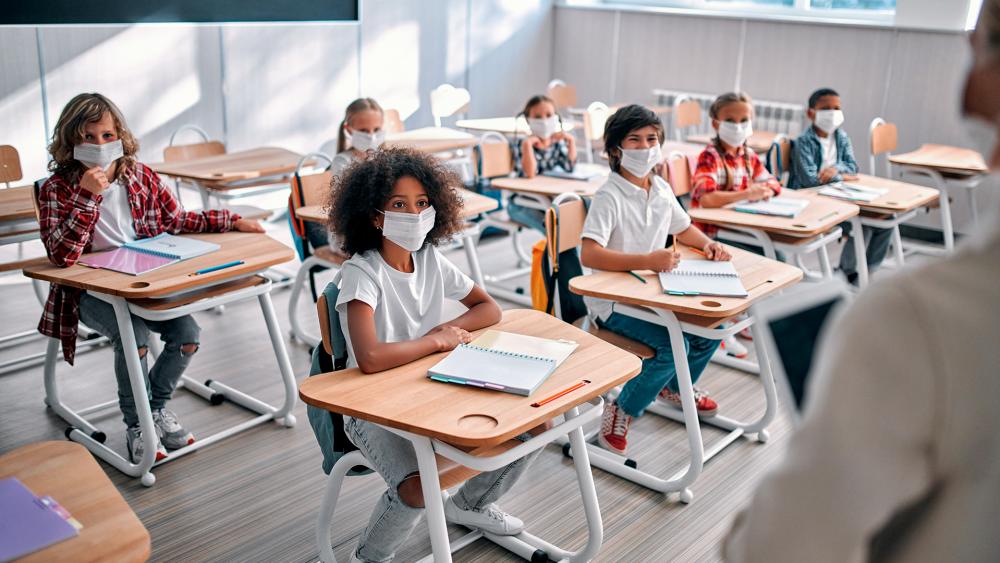 6195739433001
Anticipated COVID-19 Outbreaks in Schools Have Not Arrived, According to Early Data

ABOVE: Dr. Neal McCluskey, director for the Center of Educational Freedom at the Cato Institute, appeared on the Tuesday afternoon edition of CBN's Newswatch to talk about the early data revealing no significant virus outbreaks in public schools. Newswatch is seen weekdays on the CBN News Channel.

An August survey by the Center for Reinventing Public Education found that almost half of the nation's school districts have returned to full, in-person instruction this fall. And, weeks into the school year, there are no signs so far that these re-opened schools have become significant sites for virus outbreaks.

A Brown University survey two weeks into the start of the school year showed less than one half of one percent of teachers and students had confirmed or suspected cases.

"These numbers will be, for some people, reassuring and suggest that school openings may be less risky than they expected," Emily Oster, an economics professor at Brown University who helped create the tracker, told the Washington Post. She noted that the schools' COVID-19 rates are even "much lower" than those in the surrounding community.

According to public health experts, this early evidence reveals that opening schools may have not been as risky as many had feared, the Post reported.

"Everyone had a fear there would be explosive outbreaks of transmission in the schools. In colleges, there have been. We have to say that, to date, we have not seen those in the younger kids, and that is a really important observation," said Michael Osterholm, director of the Center for Infectious Disease Research and Policy at the University of Minnesota.

This revelation does not mean that students' risk of contracting COVID-19 has been reduced. Health officials are still waiting on reports from different parts of the country to get a better view of what's going on since schools have reopened for just a few weeks.

Officials advise the pandemic could get worse as cold weather approaches and brings with it the start of the annual flu season.

However, early information gathered from different locations around the country is promising. Texas schools show low levels of infection. Several teacher's unions in the Lone Star State said they have been surprised by how low the infection rate was, according to the Post.

Since the start of school, 3,445 Texas students reported positive coronavirus tests — or about 0.31 percent of the 1.1 million students attending school in person, according to data released Wednesday.

Likewise, in the northeastern part of the country, the Network for Public Education is following the health of 37 school districts in Connecticut, New York, and Pennsylvania.

In the weeks since school started, there have been 23 confirmed cases of the coronavirus across 20 schools and no indication that the virus was spread in schools, Carol Burris, the network's executive director, told the Post.

The districts that were examined were located in counties with low coronavirus rates and all required wearing masks.

In addition, earlier this month Science Magazine found that children and adolescents are at a "much lower risk for COVID-19 and said the presumption that schoolchildren would be a "key component" of the transmission chain is "most likely" wrong.

"Relative to their risk of contracting disease, children and adolescents have been disproportionately affected by lockdown measures," the magazine argued.