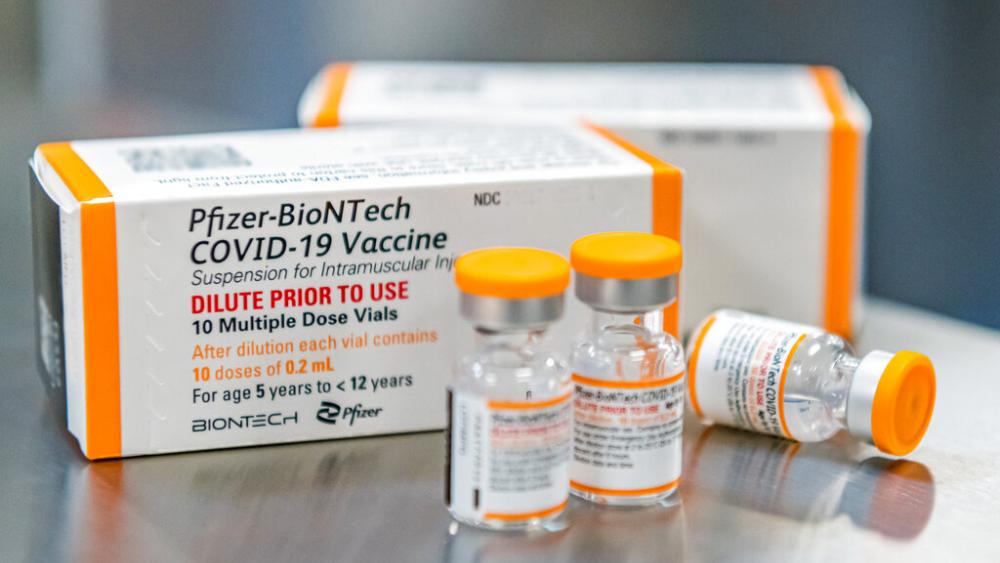 Millions of doses of Pfizer's COVID-19 shot for kids shipped out across the country on Tuesday after it received unanimous approval from a CDC panel.

Children in Connecticut were the first to receive the mRNA vaccine after the green light by health officials. Last week, the Food and Drug Administration authorized emergency use for kid doses.

Pfizer said its trial data show that the vaccine, which is still two shots but one-third of an adult dose, is nearly 91 percent effective against symptomatic illness in children ages five to eleven.

Initial side effects for the kid-sized vaccine are reportedly minimal, which include a sore arm, headaches, or fever. Studies found no cases of myocarditis, a rare heart inflammation seen in some young men.

"It's probably because of the smaller dose of this vaccine, but we're finding that fever and other side effects are a lot less common in this age group," said Dr. Ryan Ribeira of Standford Hospital's Emergency Department. "Most of these kids aren't even going to have to miss a day of school."

Even so, only about 27 percent of parents are willing to have their kids vaccinated right away.

"I wouldn't be getting any of my kids an 'emergency use authorization' vaccination. I definitely would want to see long-term studies," said one parent.

"There were a number of reasons, but the number one reason is that they're afraid of the unknown long-term side effects and when asked to drill down on what exactly, the side effects," explained Johnson. "They're worried that later on down the road their children might have fertility problems, trouble conceiving children when they are adults even though there's absolutely no evidence presented by the drug company Pfizer, the FDA and the CDC that that is a risk."

Meanwhile, President Biden called the approval of the pediatric vaccine a turning point in the battle against COVID-19. And doctors say children who get vaccinated before Thanksgiving will be fully covered by Christmas.