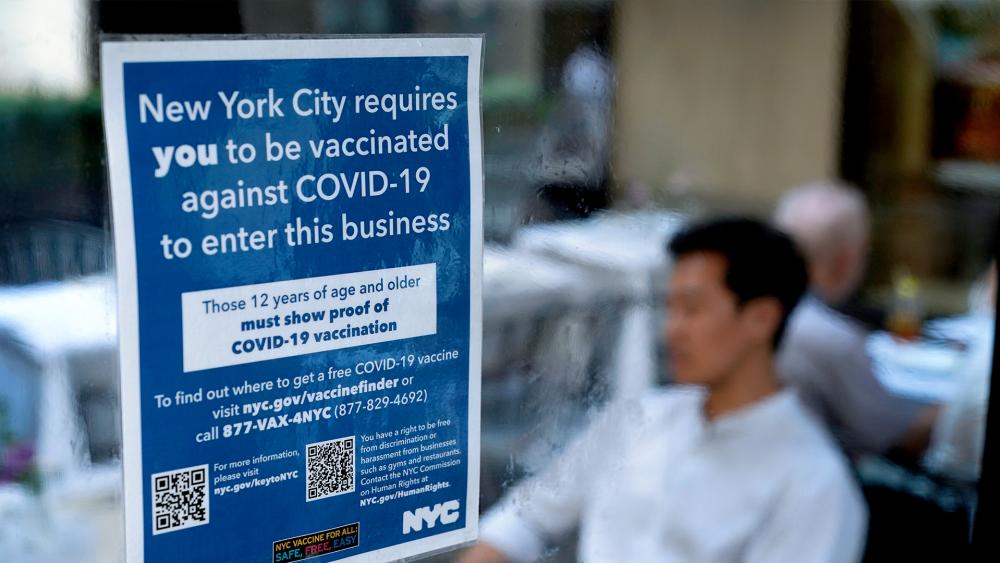 New York's Supreme Court has ordered that all city employees who were fired for refusing the COVID-19 vaccine be reinstated and given back-pay.

"The Health commissioner cannot create a new condition of employment for City employees," the ruling notes. "The Mayor cannot exempt certain employees from these orders...Being vaccinated does not prevent an individual from contracting or transmitting Covid-19."

He determined that more than 1,400 employees who were terminated had their rights violated.

Many of those who were let go were first responders like police officers and firefighters.

New York City Mayor Eric Adams threatened earlier this year that his administration would not rehire employees who had been fired over their vaccination status.

"We're here to say that we support the revocation of the vaccine mandate that the mayor announced," McCarthy had said. "We think that it should be extended as well. We support the revocation of the mandate for the athletes and performers that work in New York City. We think that the people that work for New York City should also have the mandate relocated for them."

"If you're going to remove the vaccine mandate for certain people in the city, you need to remove it for everybody in the city," Ansbro said. "If you're going to follow the science, science is going to tell you there isn't any danger right now, and putting hundreds of firefighters, police officers, and other emergency workers out of work is not in the best interest of the city. It's not safe."

Meanwhile, the NYC Board of Health voted unanimously Tuesday morning to repeal the vaccine mandate for private employees.

According to ABC, the city of New York is appealing Porzio's ruling. In New York, the Supreme Court is the state's trial court, not the final stop. The Court of Appeals is the highest court, and until that court rules, the vaccine mandate remains in effect.

"The city strongly disagrees with this ruling as the mandate is firmly grounded in law and is critical to New Yorkers' public health. We have already filed an appeal," said the law department in a statement. "In the meantime, the mandate remains in place as this ruling pertains solely to the individual petitioners in this case. We continue to review the court's decision, which conflicts with numerous other rulings already upholding the mandate."