Healthcare's Antidote? Cash In on a Cash-Only Plan 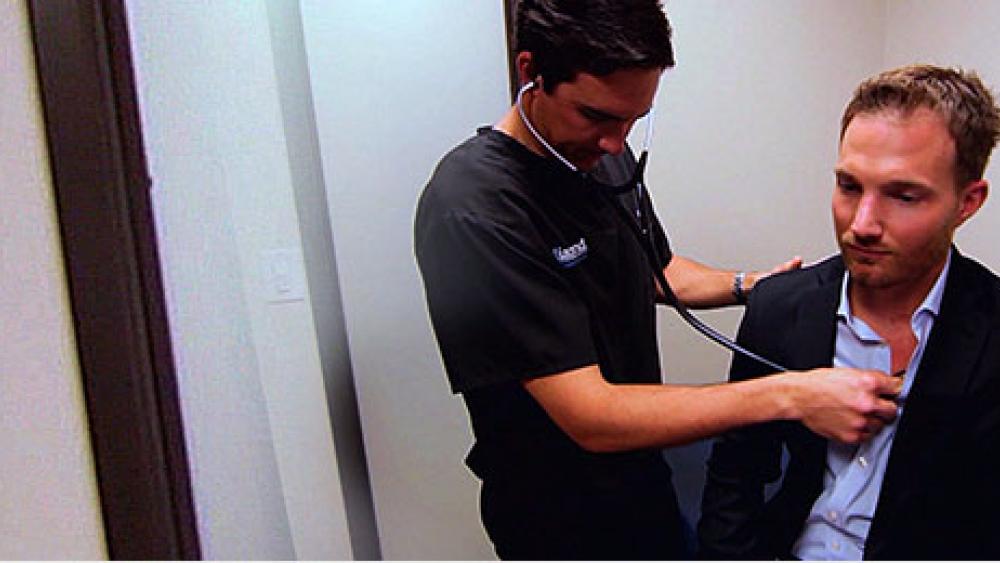 Americans are increasingly getting fed up with the insurance-based medical system. It often means long waits for appointments and doctors who seem to have one eye on the patient and the other eye on the clock.

That's why many primary care doctors and patients are turning away from insurance and to what's known as concierge medicine.

When it comes to healthcare, Johnny Guerry prefers old school, meaning just he and his doctor calls the shots without any input from an insurance company.

"It's been fantastic," Guerry said.

Concierge medicine used to be something only for the rich and famous. But according to Dr. James Pinckney, known to his patients as "Dr. James," that's not the case any longer.

"We're trying to obliterate that stigma and make sure people in this country understand that concierge medicine, or what we're calling 'direct medicine,' is affordable, and something that everybody should strive for," Pinckney explained.

Where he works at Diamond Physicians in Dallas, adults pay from $95 to $295 each month, based on age. That covers all acute procedures and medications.

"Let's say they fell and cut their hand. They come in; we sew them up. Well, that laceration repair is an acute procedure. It's included in that low monthly fee," he explained.

"If they get a stomach bug and they need I-V fluids and let's say some nausea medication, that's an acute medication. It's included," he continued. "If they have a fracture and they need to come up to our office and have a splint placed, that's included."

Sometimes patients have to pay extra for services outside the office, like a CT scan. But doctors negotiate cash rates with those third party vendors that are a fraction of what they bill insurance.

The cost for children is even less than adults. Each child costs $45 a month for unlimited access to their doctor. Liza Schlitt says her two young boys usually need medical attention after hours.

"It's funny, I feel like my children only get sick on the nights and weekends when the offices are closed," she said. "So they're available via text message, emails, whatever form of communication is most convenient for you. They answer immediately."

"I really have never waited more than five minutes maximum for a return response. It is amazing," she said.

Doctors recently gave her son Griffin a breathing treatment, prescription and a nebulizer to take home, all covered by the monthly fee -- and on a rainy Sunday afternoon.

Perhaps the biggest difference between concierge medicine and insurance-based medicine is the time patients spend with their doctors.

The Affordable Care Act flooded offices of already overloaded primary care physicians to the point where face-time with doctors can average as little as eight minutes per visit.

"I can't do anything effective in eight minutes, except throw a prescription at you and tell you to come back and see me in two weeks if it doesn't work," Dr. Anthony Lyssy, also with Diamond Physicians, said.

Primary care doctors who accept insurance treat on average about 3,000 patients. This is known as a doctor's patient panel.

The typical concierge physician has a patient panel of about 500 patients. At Diamond, the doctors promise their patients their patient panel will never exceed 600. This ensures each patient has their doctor's undivided attention.

"I meet with my clients for about an hour every time they come in," Lyssy said. "Even if they're coming in for something acute -- a sinus infection, an ear infection -- I take that time to talk about wellness, nutrition, fitness, overall elevation of health."

Although concierge medicine involves paying cash for day-to-day health expenses, doctors do recommend their patients buy health insurance, but with a high deductible.

So as insurance-based healthcare complicated this crucial need, more patients and doctors are going old school, with a cash-only plan, similar to the way it was a half-century ago.