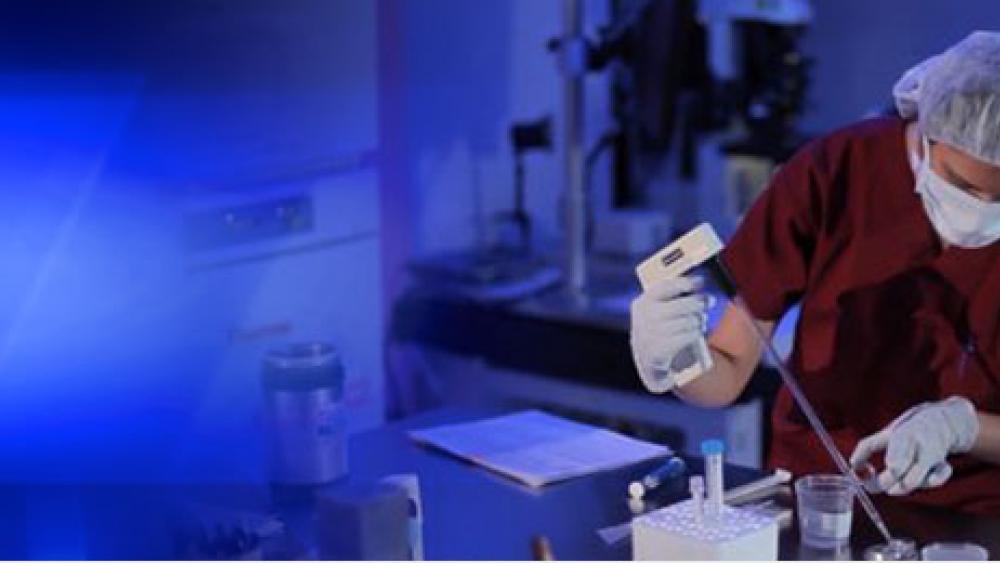 Women are waiting longer than ever to start a family.  If they wait too long, however, it can be more difficult to get pregnant.

Now there's new hope. The technology of egg freezing can slow down the biological clock.

Ashley Skidmore is a 24-year-old writer living in Los Angeles. Biologically, right now is the best time for her to have a baby. But that doesn't exactly fit with her lifestyle plans. She'd rather wait a while.

"I definitely want to have kids some day...10, 15 years, maybe," she explained. "I mean, I've got a career to take care of first before I can take care of a human being."

She's not alone. Today, 20 percent of women are waiting to try to have their first child until after age 35. That is a 150 percent increase since the 1970s, according to the Centers for Disease Control and Prevention.

A demanding career isn't the only reason women put off trying to get pregnant. The main reason is they just haven't found "Mr. Right."

In fact, according to the journal Fertility and Sterility, greater than 80 percent of the pateints who did not have children earlier said it was because of the lack of a partner.

Sadly, when many of these women are finally ready to have a child, their eggs are no longer viable and they are unable to get pregnant.

"Women are most fertile from basically the time they get their first period up until about their early 30s," Dr. Jeffrey Steinberg, a Los Angeles fertility specialist, explained. "There's a definite decline in their fertility rates at age 35, and there's a drastic fall-off-the-cliff at age 40."

Steinberg adds that it is not only more difficult to conceive a child as a woman ages, the baby's health can also be affected.

The good news is a woman can now beat the biological clock by freezing her young, healthy eggs, a procedure called oocyte cryopreservation.

"It's a simple procedure," Steinberg said. "There's no incisions; there's no cuts. It's all done with ultrasound guidance, takes about 30 to 45 minutes, does not hurt, and the woman is back to her normal activities the next day."

A woman's eggs are stored in liquid nitrogen, remaining in suspended animation until the woman is ready to use them to make a baby.

At that point, the egg is fertilized with sperm and inserted into the woman's uterus, which might be decades down the road.

Steinberg said there's every reason to believe a woman's eggs can be successfully frozen indefinitely. So while the woman ages, her eggs remain at the same age at which they were frozen.

He explained that egg freezing used to be an experimental procedure, used mostly for women who were about to undergo cancer treatments that might render them infertile.

Often the procedure failed because of frost accumulation on the eggs. Now, however, eggs are "flash frozen" and frost is no longer the problem it once was.

"We've become very, very good at accurately predicting that the eggs will make it through the freeze and the thaw process and even on to a baby," he said.

An estimated 2,000 babies have been born from frozen eggs. Doctors can usually tell ahead of time whether a woman's eggs are viable.

"Before we do these procedures we do some basic bloodwork on women that gives us very important clues that the eggs are in good shape," Steinberg said.

Unfortunately, some are not in good shape because the woman waited too long to try to freeze them. Eighty-percent of women who attempt to freeze their eggs are over the age of 35.

Steinberg said the advantages of egg freezing don't dawn on most women until they're in their late thirties, which for some, is already too late.

"But the problem is, in their late thirties, they haven't got nearly the chance they have in their early twenties," he said. "So it's a terrible dilemma for us. We wish they would have come in sooner."

Some women are getting the message. Actress Elizabeth Higgins Clark froze her eggs while she was still in her twenties.

Her research led her to believe egg freezing is the best chance to have the life she wants, as long as she acted soon. Now she's trying to share what she learned.

"I think there's a great benefit. If you're going to do it, to do it young," she said. "But young women don't seem to be getting it in the ways that they should be. They're not being educated properly about this subject, and I think we're doing young women a great disservice by not sharing that information with them."

The actress said she's glad she did it because she's comforted with the knowledge that even though she ages, her eggs will remain 29.

"There's something about it that makes me feel like I'll never have to make a decison out of fear," she said. "And that's the best part of it."

The price of egg freezing runs between $9,000 to $15,000. Since most 20-somethings don't have access to that kind of money, many fertility clinics offer financing, with monthly installments about the same as a car payment.

Then there are parents and grandparents who give the gift of egg freezing to their child or grand-child in lieu of that down-payment on a home or graduation vacation.

So for a woman who's hoping to get pregnant later in life, freezing her eggs early on could improve her chance at motherhood.