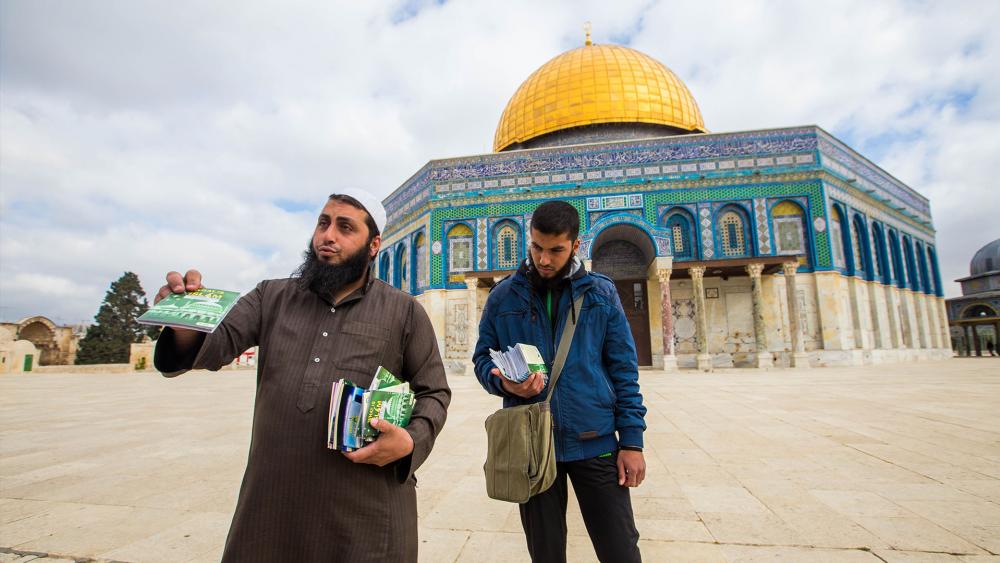 JERUSALEM, Israel – Jordan has dropped its plan to install security cameras on the Temple Mount. It appears to be a capitulation to Palestinian objections.

During a rash of Arab rioting last fall, which required intervention by Israeli police officers, the idea of security cameras resonated with U.S. Secretary of State John Kerry, who pitched the plan as a means of tamping down the violence.

The decision comes on the heels of UNESCO's most recent attempt to sever Jewish history to the site by designating it as the al-Aksa Mosque or al-Haram al-Sharif. They also designated the Western Wall, known in Hebrew as the Kotel, as the al-Buraq Plaza, a reference to Islam's prophet Mohammed's horse that allegedly carried him up to paradise.

From Israel's perspective, the cameras would have been useful to record what actually takes place there; for example, harassment of non-Muslim visitors to the site. The footage would also reveal how Israeli police deal with security issues.

Jordan, like most of Israel's Muslim-majority neighbors, says it feels compelled to support its Palestinian brothers.

In announcing the decision, Jordanian Prime Minister Abdullah Ensour said the project no longer enjoyed "a consensus" and could prove "controversial."

"We were surprised since we announced our intention to carry out the project by the reactions of some of our brothers in Palestine who were skeptical about the project," Ensour told Jordan's state-run newspaper, Petra News Agency. "We have found that this project is no longer enjoying a consensus, and it might be controversial. Therefore we have decided to stop implementing it."

In the past, riots often followed Muslim's Friday prayers. To keep the violence under control, Israel would sometimes limit Muslim males to those aged 40 and over and those with Israeli identity cards.

Leaders of both Palestinian factions – Hamas and Fatah – frequently fanned the flames by claiming Jews planned to desecrate the al-Aksa Mosque. Last fall, P.A. chairman Mahmoud Abbas said filthy Jewish feet should not be allowed to defile the site.

At one point, Israel security officials discovered some Arab youths were being paid by an organization called Murabitun, sent by the Palestinian National Authority, to spend the night in the mosque and then riot after Friday prayers. Muslim women were also recruited by Murabitat, the female version of the same group, to harass non-Muslim visitors to the site.

Israeli Prime Minister Benjamin Netanyahu's frequent assurances that Israel had no intention of altering the status quo there seemed to fall on deaf ears.

Protests often escalate during Jewish holidays, such as Sukkot in the fall or Passover in the spring, when observant Jews want to visit the site. Israel forbids Jews to pray there, even silently, for fear of offending the Muslims.

Last August, a group of U.S. congressmen told reporters they were harassed from the moment they set foot on the site until they left. One congressman said they found the individuals who followed their group "surprisingly intolerant and belligerent."

A Muslim man told the wife of one of congressmen, dressed modestly in a calf-length skirt and long-sleeve top, that she needed to cover up more. Israeli security forces intervened to protect the group, who later reported seeing a group of men surround Jewish visitors and shout "Allahu Akbar" (Allah is greater) at them.

With the Passover holiday a couple of days off, Israeli security forces are monitoring the situation closely.