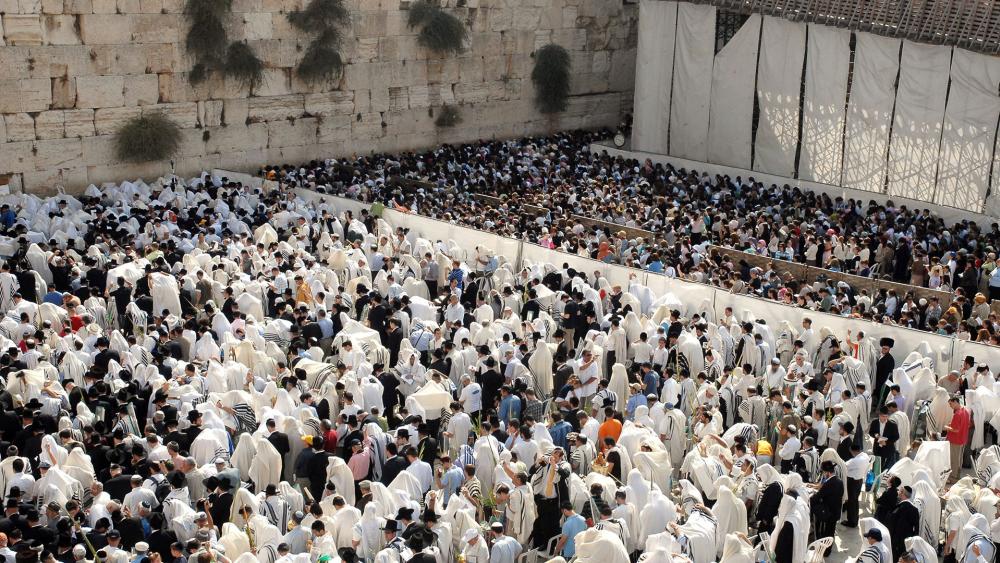 JERUSALEM, Israel – Thousands of Israelis flocked to the Western Wall Monday for the semi-annual priestly blessing – the Birkat Kohanim – filling the Western Wall Plaza to overflowing. Moses' brother Aaron first pronounced this blessing over the children of Israel recorded in the Book of Numbers.

The Western Wall, known as the Kotel in Hebrew, is the last remains of the retaining wall of Second Jewish Temple from the time of Jesus. The Temple was built on the plateau above, known as the Temple Mount to Jews. Today, two Muslim shrines – the al- Aksa Mosque and the Dome of the Rock -- occupy the Temple Mount, known in Arabic as the Haram al Sharif.

Israel Police beefed up security forces during the week-long holiday, with some 3,500 officers patrolling the city.

While Israel continues efforts to tamp down Palestinian incitement, Jordan ramped up its rhetoric, criticizing Israel for allowing expanded hours for Jews to visit the Temple Mount during the week of Passover.

According to Jordan's Petra state news agency, the Hashemite Kingdom called on Israel "to immediately stop such moves, deny entry to settlers and Israeli forces into the yards of the holy shrine and allow Palestinian worshippers to enter the mosque."

Israeli Prime Minister Benjamin Netanyahu warned last week that with the approach of Passover, "… all sorts of extremists will spread lies about our policy concerning the Temple Mount."

Tourists made up the bulk of the more than 1,000 visitors to the site on Sunday. Less than 200 were Israeli.

The Islamic Waqf, under Jordanian jurisdiction, oversees the day-to-day administration of the Temple Mount, while Israel is responsible for maintaining security there.

Last week, a 19-year-old resident of Bethlehem, who may have been recruited by Hamas, detonated a bomb on a bus in Jerusalem, injuring 21 people. Israeli doctors worked to save the teenage terrorist, whose legs were blown off by the bomb, but he succumbed to his injuries.

In the fall, the priestly blessing takes place during the Feast of Tabernacles (Sukkot), and in the spring, during Passover (Pesach), two of the three biblical pilgrimage festivals, which also includes Shavuot, the Feast of Weeks, 50 days after Passover.