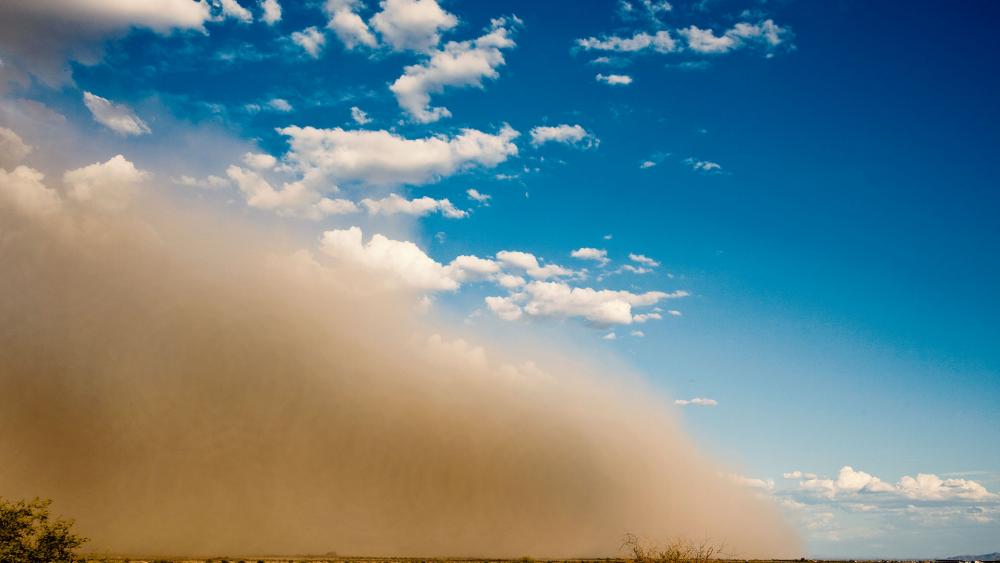 A storm cloud on the border between Syria and Israel appears to stall completely in a recent video, providing a shield to protect the nation of Israel.

Some are comparing the phenomenon to a biblical dust cloud, saying the massive cloud was 'sent by God' to act as a barrier between Israel and ISIS.

Reports say the storm stopped on the border of Syria and was 'unable' to enter Israel's Golan Heights area.

Israel News Online uploaded the original footage of the storm to Facebook.

"A weather phenomenon occurred at 8am Thursday on the other side of the Syrian border, in the same place where ISIS attacked Israel," the post read.

They say the storm was an act of God or 'divine intervention' to protect Israelis from the terror group.

One social media user commented on the post saying, "Too awesome for words.This is what God did to protect the Israelites from the Egyptians. This is not only a witness to the Israelites but to everyone who does not know Him. May this initiate a revival everywhere."

"As the mountains surround Jerusalem, so the Lord surrounds His people from this time forth and forever," another Facebook user posted, quoting Psalm 125:2.