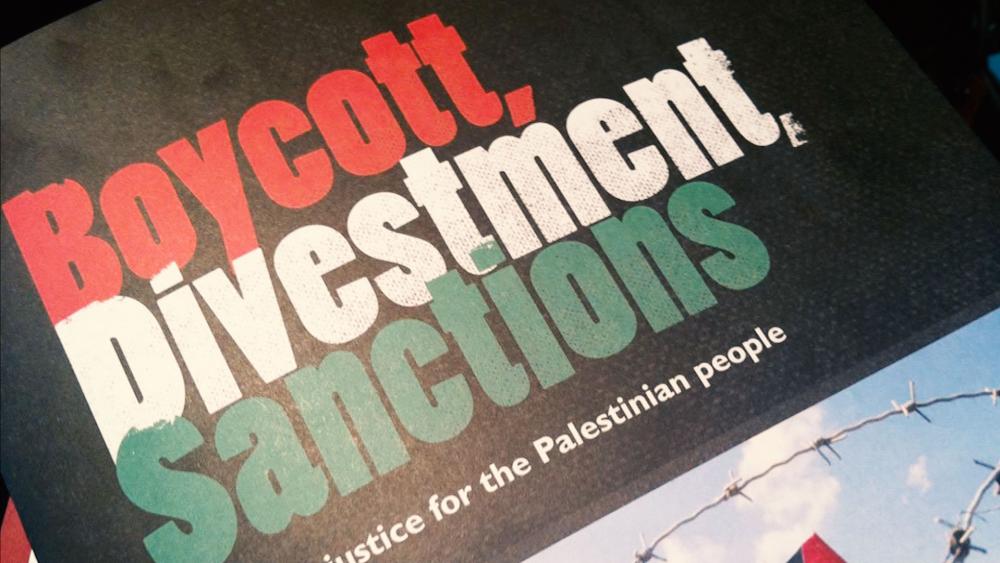 Activists in the BDS (boycott, divestment and sanctions) movement will tell you they are only defending the rights of Palestinians, but when they chant "from the river to the sea," they're calling for the complete destruction of Israel.

The BDS movement is growing and has become has become a force on more and more college campuses.

It is aimed at only one nation, the only democracy in the Middle East.

The answer to that question can be found in the answer to another important question: Who started the BDS movement?

BDS groups say the movement was launched in 2005 by the Palestinian Civil Society. But the evidence shows that is not true.

A video of BDS leaders discussing the origin of the movement at a conference at the University of Westminster on May 25 this year shows Ilan Pappe, director of the European Centre for Palestinian Studies at the University of Exeter in England, considered a leading intellectual in the BDS movement, quietly disagreeing with the statement that the Palestinians created the BDS movement.

Dr. Ruba Salih, with the University of London, told Pappe, "The Palestinians launched the BDS in 2005 and 2004."

Pappe responds: "That's not true [that Palestinians started the BDS movement], but it's important."

It is important because, if the Palestinians did not begin the BDS movement, then the question, of course, is who did?

BDS expert and president of NGO Monitor, professor Gerald Steinberg, says BDS is a creation of European socialists and Muslim nations who oppose Israel, led by the 57 nation Organization of the Islamic Conference, the largest voting bloc at the United Nations.

"So they get together with the radical Left, it started with the Soviet Union, certainly filters over to the Trotskyites and the British Labor Party in the UK and many other radical allies," Stenberg explained. "The fact that this is in many ways a European radical political movement makes it even less legitimate."

There have been Arab boycotts of Israel since 1945, before the creation of the State of Israel. Some even trace the boycotts back to Nazi Germany in 1933. But the modern BDS movement took shape at the 2001 U.N. Conference against Racism in Durban, South Africa; an event so rife with blatant anti-Semitism that the U.S. and Israeli delegations walked out.

"People were selling or distributing copies of the Protocols of the Elders of Zion. There were people there urging a return to Nazi anti-Semitism," Kenneth Marcus, president of the Louis D. Brandeis Center for Human Rights Under Law, said.

He added, "from that movement, the new BDS campaign emerged."

Another key question is who funds BDS? Steinberg says the movement gets hundreds of millions of dollars a year. Some of the funding is difficult to track. But if you live in a Western nation, there's a good chance you help fund it through your tax dollars and also through your tithe.

The BDS movement gets most of its funding from the European Union, European national governments, and even the U.S. government. The money goes to NGOs (non-governmental organizations) that claim to fight for human rights but that also oppose the State of Israel.

"Amnesty International, Ken Roth and Human Rights watch," Steinberg said. "These organizations are funded by governments under the label of international aid promoting human rights, promoting peace and development, the Swiss, the Swedes, the Norwegians, the British, Germans, up and down. The money there is huge."

Some Christian charities also give money to BDS. The website for Christian Aid makes it look like it only fights poverty, but drill down on their website and you'll find they also support BDS, as does the Presbyterian Church, USA.

While the BDS movement has been in one respect a failure--it has accomplished very little in the policy arena--it is has succeeded in another area, by spreading anti-Semitism across college campuses.

"What we're seeing increasingly is that BDS activists are intimidating student governments at colleges and universities to pay for their activities and if they don't, there may be repercussions," Marcus said.

Jewish students and professors find themselves increasingly persecuted on campus. The Muslim Student Association and the Students for Justice in Palestine have hundreds of campus chapters, aggressively confronting and sometimes assaulting Jewish students and faculty at pro-Israel events.

Ronnie Fraser, founding director of the Academic Friends of Israel, warns that the next generation of leaders is being brainwashed that Israel is the worst nation on earth.

With massive funding behind it, BDS is turning people against Israel and creating a generation of leaders who may someday try to carry out what some have said is the real goal of the BDS movement: the elimination of the State of Israel.