Sounding the Shofar, a Call to Repentance 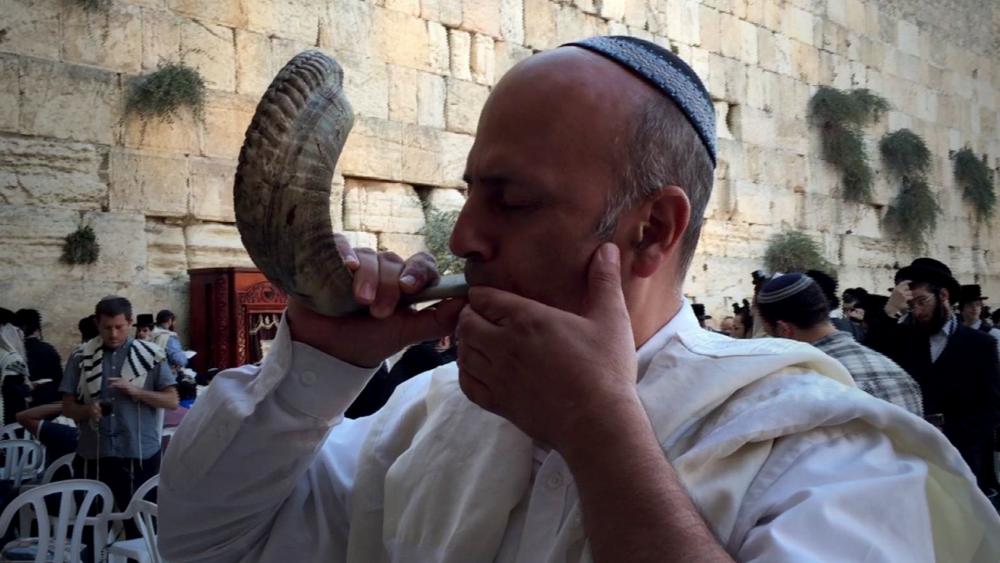 Blowing the shofar in Jerusalem
5149823883001
Sounding the Shofar, a Call to Repentance

JERUSALEM, Israel – Israel is celebrating the fall feasts, a special season of biblical holidays. These annual holy days begin with Rosh Hashanah, the Jewish New Year, and include Yom Kippur, the Day of Atonement.

But there's more to this season and the Bible points the way.

Rosh Hashanah literally means "the head of the year," the New Year, but biblically it's much more than that.

In the Book of Leviticus, it's called Yom Hateruah, the day of the blowing of trumpets or ram's horns – the Judgment Day.

The piercing blast of the shofar is meant to remind the hearer to repent for his sins and make things right with his brothers and sisters.The rabbis say that reconciliation with God and man will confound the enemy.

As part of the business, Ribak is the third generation of shofar makers at the same location in Tel Aviv since 1927.

"We take the raw horn – the process is grinding, polishing…open [the] mouthpiece –and this is quick, but it's a lot of experience and a lot of handwork because each horn is a different size, a different thickness. So you have to be experienced to make a good shofar," he explained.

The ram's horn is used as the traditional shofar because when Abraham showed his willingness to sacrifice his son, Isaac, God provided a ram to be used in his place (Gen. 22).

"Actually all types of horns are kosher – except for the cow," Ribak said.

That's because the Jewish people don't want to remind God of the time Israel worshipped the golden calf in the wilderness (Ex. 32).

Besides the distinctive tones of the different horns, there are three different blasts sounded.

The shofar is blown in synagoges and at the Western Wall each morning for a month before the holiday to give plenty of time for repentence.

"You and I both know that we need a lot of reminders in our daily life to repent, to think of the things of God," Boaz Michael, founder of First Fruits of Zion told CBN News. "It's like an alarm clock for the soul."

Ribak says its not just Jewish people who blow the shofar.

Rosh Hashanah is the feast of the seventh month, but in Jewish tradition, it represents the New Year.

Michael says that's a foreshadow for those who believe in Yeshua (Jesus).

"I know that often times in the Christian world, shofars are blown throughout the entire year but in Judaism and in Jewish practice the shofars are only blown for a very limited time throughout the year, during this time, the month of Elul, at Rosh Hashanah," he explained. "And they tell us something; they're speaking to us; they're reminding us of something and one of the things they're reminding us of the creation of the world, the coming of the king, King Messiah one day at this time, the coronation of his Kingdom here on earth. This is what the shofar is to remind us of and it speaks to us every day when we hear that sound.