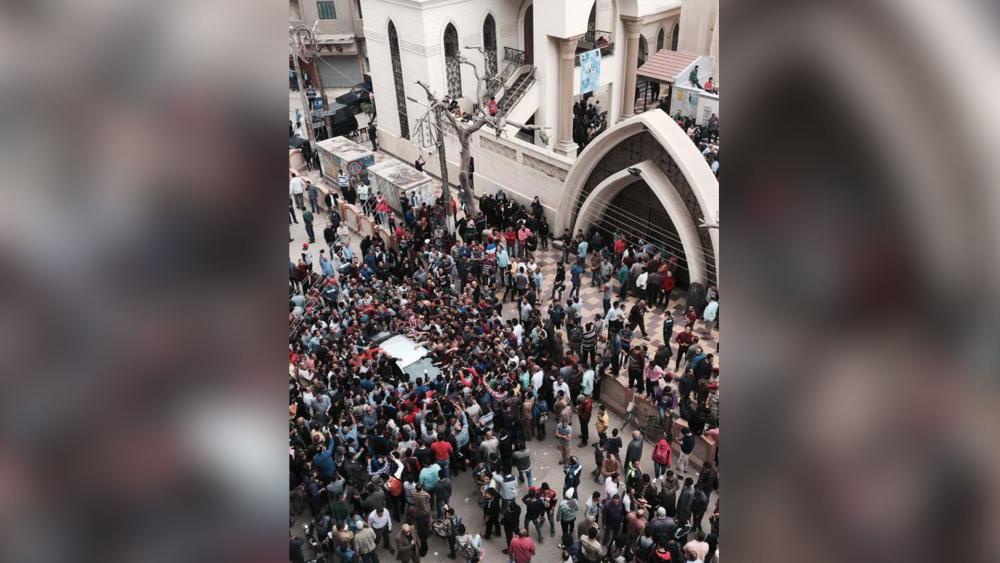 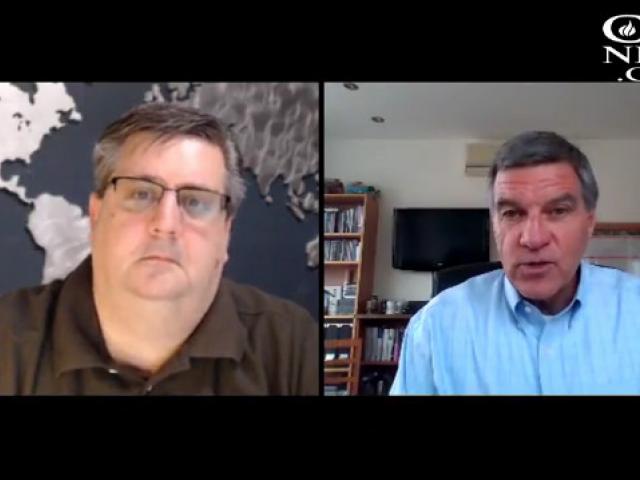 The Power of the Cross Will Triumph Over Evil

On Sunday morning Coptic Christians gathered at St. Mary's Church in Tanta, Egypt, to celebrate Palm Sunday, one of the holiest days of the year for Christians.

ISIS has claimed responsbility for the attacks.

Pope Tawadros II had just finished services and was inside the cathedral, but his aides confirm that he escaped unharmed. A high-ranking Egyptian police officer intercepted the bomber outside the cathedral and prevented him from entering the building. He died in the blast.

There are concerns that Pope Tawdros, leader of  one the world's oldest Christian communities, was the target of the attack.

CBN News producer Steve Little talks with  Middle East Bureau Chief Chris Mitchell about why ISIS is targeting Egypt's churches and how Christians there are responding.

Pope Francis, who is scheduled to visit Egypt later this month, decried the bombings and expressed "deep condolences to my brother, Pope Tawadros II, the Coptic church and all of the dear Egyptian nation."

Bishop Angaelos, the General Bishop of the Coptic Orthodox Church in the United Kingdom, expressed his condolences in a statement.

"While it is still too early to determine responsibility, what is undeniable is the senseless and heartless brutality that can lead a person or people to indiscriminately take innocent lives, especially at the most vulnerable hour of prayer," he wrote in a statement.

"Today we suffer with our sisters and brothers who have experienced losses in London, in Stockholm, and as well as those who continue to suffer on a daily basis across the Middle East. We pray for them and their families as well as their suffering and struggling communities," Bishop Angaelos said.

President Donald Trump condemned the bombing. He tweeted that he is "so sad to hear of the terrorist attack" against the U.S. ally but added that he has "great confidence" that Egyptian President Abdel-Fattah el-Sissi, "will handle the situation properly." The two leaders met at the White House earlier this week.

Oklahoma Senator James Lankford drew attention to the Christians and other religious minority groups that have faced persecution in the recent years.

"Today's Palm Sunday attack in Egypt on peaceful worshippers in their church is a horrible act of terrorism. Anti-religious and anti-Christian violence is alive and well throughout the Middle East, and the World," he wrote in a statement.

"Radical Islamists kill Christians because they are Christians; Yezidis because they are Yezidis; and different Muslim sects because they believe in a different brand of Islam than them. The right to practice any faith, or have no faith, should be a fundamental human right of all people," he continued. The United States of America will always stand with people around the World who seek freedom of conscience and assembly."

Meanwhile, Egyptian President el-Sisi has called for a state of emergency for three months. He also ordered military hospitals to open to help treat the wounded.

Egypt's Interior Ministry says the blast at the cathedral in Alexandria was caused by a suicide bomber who tried to storm the entrance before being stopped by police.

The ministry said three policemen were among those killed in Sunday's attack, without providing an overall toll.

The bombing in Tanta, more than 50 miles north of Cairo, follows another terror attack last December at St. Peter's church in Egypt's capital.  That terror attack killed 25, many of them women and children.

The Islamic State group has also claimed responsibility for the bombing at St. Mary's, earlier this year ISIS released a video and called Egyptian Christians both "infidels" and their "favorite prey."  One ISIS member said in the video, "God gave orders to kill every infidel," and another declared, "Oh worshippers of the cross … the soldiers of the state are watching you."

In February, hundreds of Christians fled Egypt's Sinai Peninsula after Islamic terrorists gunned down three Christians in the town of el-Arish.

Christians represent about 10 percent of Egypt's population and have been increasingly the target of radical Muslims. Coptic Christians are one of the oldest Christian sects in the world and existed long before the Islamic conquest of most of the Middle East that began in the 7th century.

El Sisi has repeatedly assured the country's Christians of his goodwill, but it has been difficult to stop these terror attacks. This is especially true in rural areas where Muslim radicals often use land disputes, accusations of sexual affairs and church construction as a pretext to attack Christians.  In August of 2013, Muslim mobs burned dozens of Christian churches, businesses and even an orphanage in Minya, Egypt.

Palm Sunday marks the day Jesus Christ rode into Jerusalem as told in the Gospel of Mark.

"As they approached Jerusalem and came to Bethpage and Bethany at the Mount of Olives, Jesus sent two of his disciples, saying to them, 'Go to the village ahead of you, and just as you enter it, you will find a colt tied there, which no one has ever ridden. Untie it and bring it here. If anyone asks you, Why are you doing this? say, The Lord needs it and will send it back here shortly.'"  They went and found a colt outside in the street, tied at a doorway. As they untied it, some people standing there asked, 'What are you doing, untying that colt?'  They answered as Jesus had told them to, and the people let them go. When they brought the colt to Jesus and threw their cloaks over it, he sat on it. Many people spread their cloaks on the road, while others spread branches they had cut in the fields. Those who went ahead and those who followed shouted, 'Hosanna! Blessed is he who comes in the name of the Lord!  Blessed is the coming kingdom of our father David!  Hosanna in the highest heaven!'"