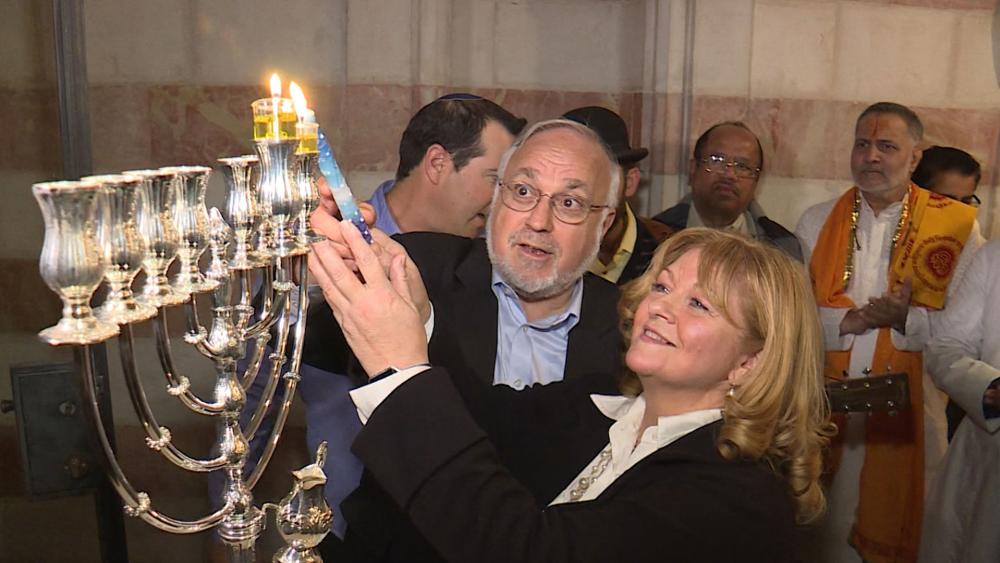 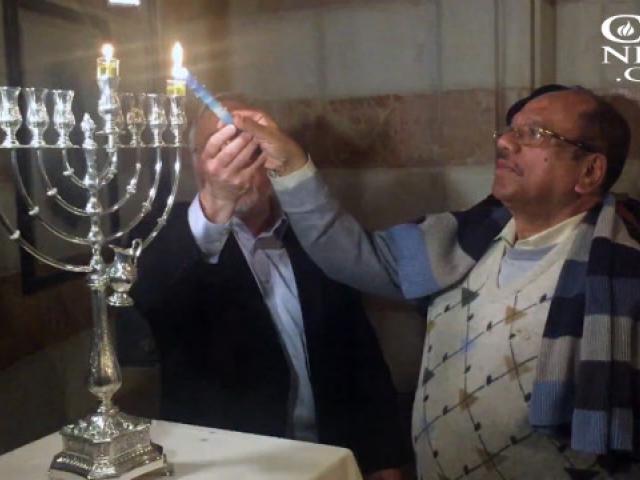 For the first time, a multi-faith delegation from the Muslim nation of Bahrain visited Israel.  The visit took months to plan; the members came at personal risk and faced intense opposition.  But they came to celebrate with the Jewish people during one of their most meaningful celebrations of the year, Hanukkah, the Festival of Lights.

Rabbi Abraham Cooper, from the Simon Wiesenthal Center, made history on the first night of Hanukkah by inviting the delegation from Bahrain to take part in lighting the first candle.

"We have 8 nights because they found only one cruse of oil that was spiritually pure,” Cooper explained to the group.

“I think a kind of taboo has been broken.  And I want to emphasize, no governments -- it’s two NGO’s -- that got together trying to move things forward,” Cooper told CBN News

“We’re not going to solve the Middle East situation but if can bring closer to normalization of contacts,” Cooper said.  “It’s a little ray of light in a really dark period out there.  You cannot and we should not be Pollyannaish about it.  We have a long, long way to go.”

His partner in the effort is the organization, “This is Bahrain.”

“Our message here is one of peaceful co-existence,” said Betsy Mathieson, President of ‘This is Bahrain.’

“We want to share with the world and let’s be honest the world can be a very dark place and at the moment people are finding themselves living in fear and extremism, radicalization and terrorist,” Mathieson told CBN News. “Our message comes from the Kingdom of Bahrain where we have lived for many, many hundreds of years of all faiths."

Israel's Channel 2 television reported on the visit when evangelical leader Johnnie Moore led the delegation on a tour of Jerusalem’s Old City.

“I took my friends, Christian, Muslim, Hindi, Buddhist, and walked them down to the center of the city and I took them to the Church of the Holy Sepulcher and we talked about the Jesus that I love and the world that we’re living in and what could happen if we started talking to one another showing that faith, you know it’s not the problem, it’s the answer,” Moore told CBN News

The visit follows the release earlier this year of the Bahrain Declaration.

“The Kingdom of Bahrain declaration is a very powerful and beautiful document calling for religious tolerance and religious freedom for all people of all faiths all over the world,” Mathieson said.

Still the delegation met fierce criticism as Hezbollah leader Hassan Nasrallah called for them to be stoned. While other Muslim leaders also questioned the visit, the organizers wanted to present a different face on religion.

“I feel very strongly that people of faith, the faith leaders that unfortunately religion these days is as much of the problem as it is the solution,” Cooper said. “These people are people who feel a sense of responsibility to take back the momentum.”

Moore defends the dialogue and feels it’s a new day for the Middle East.

“There are people who believe that you cannot be committed to the Gospel and to traditional Christian theology and have meaningful relationships or dialogue with Muslims or with anyone else,” Moore said.

“And actually there weren’t any Christians when Jesus was teaching. The only people he had to work with, he had to teach to were the people in the society he was in and he had to connect these parables to their life and to their experiences, he said. “I think this is what’s happening.”