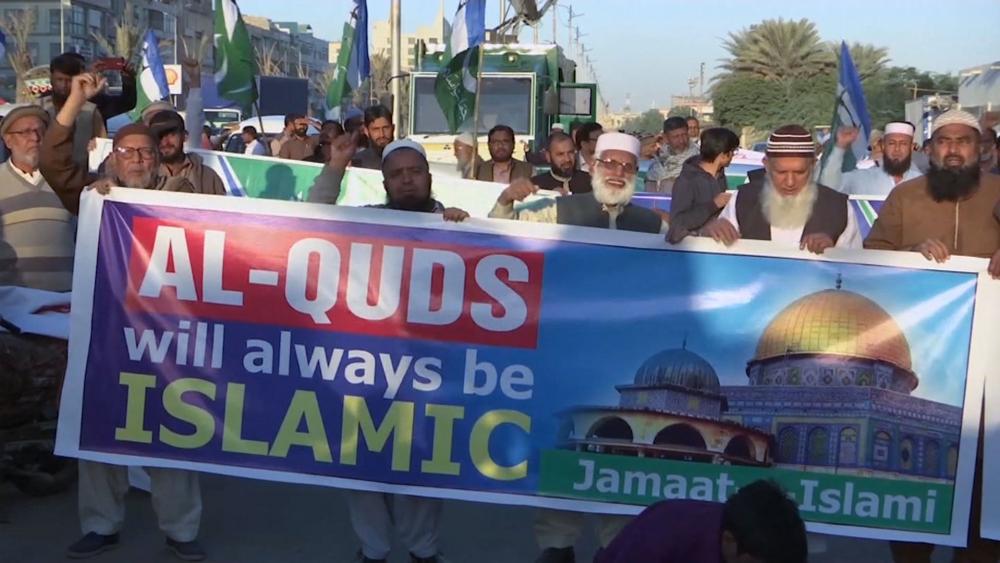 JERUSALEM, Israel – Demonstrations continued throughout the Islamic world against President Donald Trump's decision to recognize Jerusalem as the capital of Israel.

But reaction has not been as severe as some had feared, and the Trump administration is standing firm on its historic position.

In Lebanon, an angry crowd protested outside the U.S. embassy in Beirut.

In Pakistan, a large demonstration called for Trump's decision to be reversed.

"We won't leave Jerusalem to the conscience of a state that has no value other than occupation and plunder," he said. "We will continue our struggle within law and democracy with determination."

However, U.S. Ambassador to the U.N. Nikki Haley strongly defended the president's decision.

"We don't do things just to please every other country in the world.  We do things to advance the ball and that's what the president did with this," she explained in a Fox News Sunday interview with Chris Wallace.  "He [Trump] said, 'This is time to acknowledge this.'  It was 22 years in the making and not only that Chris, it's the right thing to do. Israel should be no different."

Also on Sunday, protests continued in Bethlehem and other parts of the West Bank, but with smaller crowds. A terrorist severely wounded a security guard in a stabbing attack at Jerusalem's Central Bus Station and Islamic groups in Gaza fired several rockets in southern Israel.

The Arab League also met in emergency session about Trump's decision.  It may also affect Vice President Mike Pence's upcoming trip to Israel.  Demonstrators in Bethlehem said Pence should not visit the birthplace of Jesus.