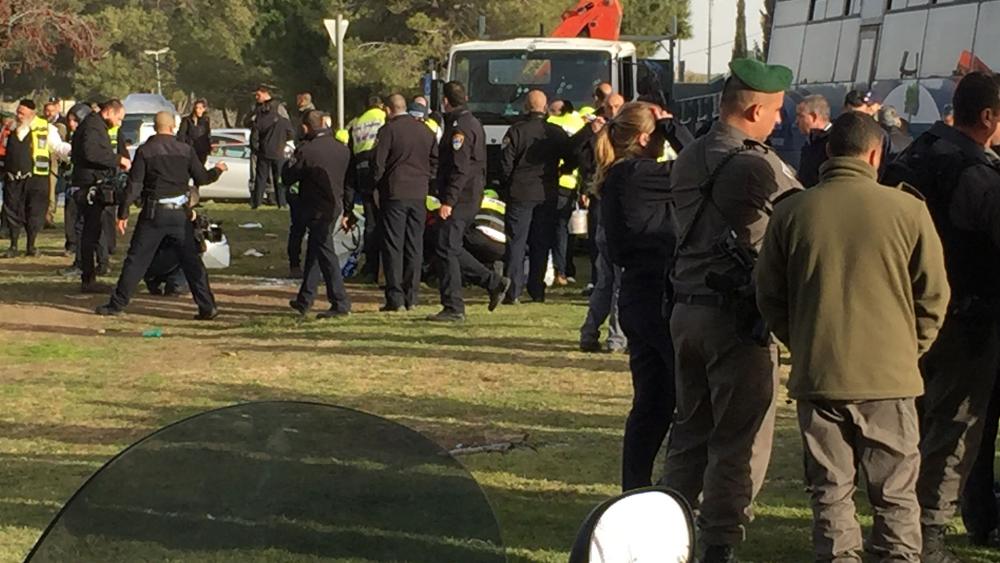 JERUSALEM, Israel -- A flatbed truck driver plowed into a group of Israeli soldiers as they got off a bus near a Jerusalem promenade Sunday.  Four were killed and at least 13 injured in the attack, two of them critically.  Authorities are calling it Jerusalem's worst terror incident in the past year.

Rosenfeld said the attacker was shot and killed in Jerusalem's Armon Hanatziv neighborhood.

"We in Jerusalem have just experience an unprovoked terrorist attack, a murderous attack that claimed the lives of four young Israelis and wounded others,” Netanyahu said.

Police said the attacker was from eastern Jerusalem, and that he veered off course in order to ram the people who had disembarked from a bus.

One video shows the driver ramming up over the curb and driving through the soldiers, then backing up at high speed in order to ram more people standing near the bus before he was shot and killed.

“A truck just drove directly into a group of soldiers that were on a tour in Jerusalem and hit them and some people got injured.  Some people got killed and then I don’t know who but someone shot the terrorist,” Aviv Herzl told CBN News.

About 200 soldiers were on a field day there when the attack occurred. Herzl was one of their tour guides.

“I was in a platform below, there are two platforms from here in the promenade and I was just downstairs with my group, another group of soldiers and we just heard what was going on. It was very frightening,” Herzl said.  “Everyone just ran away and tried to find a place to hide and that’s exactly what I did.”

“When we arrived on scene there were a number of victims both trapped under the front of the truck as well as next to the truck and we began to treat them,” said Dovi Meyer, a volunteer rescuer with United Hatzalah.

“The situation like all terror attacks no matter how much you prepare was mayhem.  That is what it’s like at a terror attack,” Meyer told CBN News.

Hamas spokesman Abdul-Latif Qanou praised the attack as "heroic" and encouraged other Palestinians to follow suit and "escalate” what he called “the resistance," The Associated Press reported.

Despite the recent calm, Qanou said the attack shows that Palestinian terrorism hasn’t ended. "It may be quiet, it may linger, but it will never end," he said.

In Gaza, Palestinians were reportedly handing out candy and celebrating the attack.

Jerusalem Mayor Nir Barkat called on residents to be cautious but to continue with their daily lives.

"Unfortunately, there is no limit to the cruelty of terrorists who spare no means in killing Jews and disrupting their way of life," Barkat said. "Those who incite and support terror must pay a heavy price."

Forty Israelis and two Americans have now died in various terrorist vehicular assaults, knifings and shootings in Israel since September 2015.