Israel: The Land of Milk and (Bee) Honey 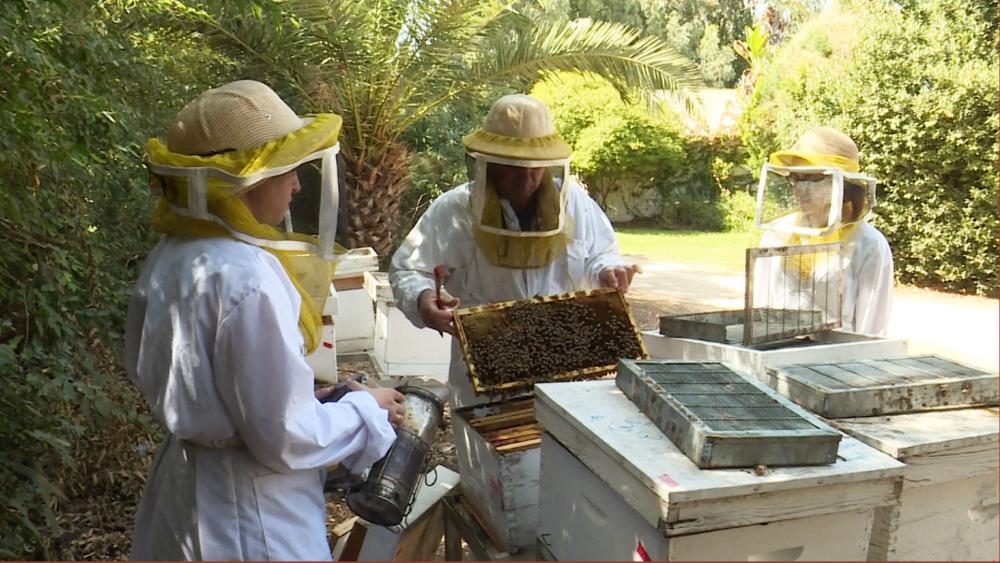 TEL REHOV, Israel – The biblical fall feasts begin this year on Wednesday evening with the Feast of Trumpets. Traditionally, it's called Rosh Hashanah – literally "head of the year" – and celebrated as the Jewish New Year.  One of the traditions is to dip apples in honey for a sweet year.

The Bible calls Israel the land of milk and honey. But where did the honey the Bible writes about come from?

For a long time, it was accepted that the honey part came from dates – one of the seven species in the land of Israel mentioned in Deuteronomy.

Now an amazing discovery indicates beekeeping may have been a big industry thousands of years ago.  Evidence shows honey was being produced by bees here nearly 3,000 years ago around the time of the prophet Elisha. Bees connected to honey are mentioned only a few times in the Bible and beekeeping is never mentioned, but several years ago, archaeologists uncovered a strange installation.

"We saw that we have here a row of cylindrical – of clay cylinders – each one of them is about 2-1/2 feet long and about 1 foot in diameter," Hebrew University archaeologist Amihai Mazar told CBN News. "We realized these must be bee hives." The apiary – the place where the hives were found – is at a site in the Jordan Valley called Tel Rehov where some archaeologists believe Elisha lived about a century later.

Mazar says the type of bee was native to Turkey, pointing to its ancient trade relations with Israel. Remnants of the bees were found at the dig.

"These are the most ancient bees ever found in the world," Mazar said.

The artifacts were recently displayed at the Eretz Israel Museum in Tel Aviv.

Each hive was made of unbaked clay mixed with straw. At one end of the cylinder there was a small hole for the bees to enter and exit. At the other end a fitted clay lid could be removed to extract the honey. "Date honey was definitely very important and perhaps the term was used for both of them," Mazar explained. "But it's clear they knew very well how to raise bees. There were very sophisticated apiaries here and I think that maybe much of the biblical honey – davash – is really bees' honey."

Researchers estimate there were at least 180 hives and maybe more than a million bees. Each hive could have produced about 11 pounds of honey each year, making it a suitable business effort. "In addition the wax was very important – the bee wax. It was important to different types of industries and crafts," Mazar said.

Apparently the apiary met with a sudden violent end. It was covered with a thick layer of destruction, including mud bricks and charred wooden beams.

The hives were never used again.