Netanyahu, US Ambassador Light Hanukkah Menorah Together Symbolizing Bond Between The Two Nations 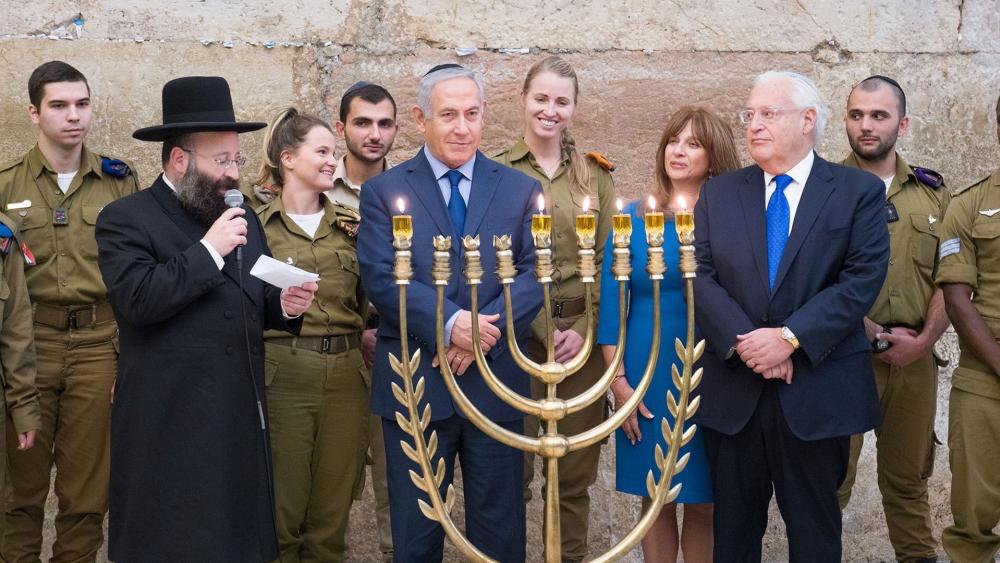 "President Trump did a great thing historically because he recognized history; he recognized truth, the fact that Jerusalem has been our capital, the capital of the Jewish people for 3,000 years," Netanyahu said.

"One year ago today, President Trump on behalf of the United States recognized Jerusalem as the capital of the State of Israel," he said.

Five months after that declaration, the capital city became home to the U.S. Embassy.

"The place of the American Embassy said President Trump is here in Jerusalem and I say the place of all the embassies is here in Jerusalem. This is our capital, always and always will be.  We have in many ways defied the laws of history, the iron laws of historic gravity because we lost our land. We were dispersed to the four corners of the earth and we refused to give up," Netanyahu said.

Prime Minister Benjamin Netanyahu and U.S. Ambassador David Friedman lit the Hanukkah together on the fifth night of the eight-day holiday.

The ceremony took place at an underground section of the Western Wall near the Temple Mount. They compared Trump's move the ancient victory of the Maccabees.

"There is no better place and there is no better time to observe the anniversary of President Trump's historic decision than here at the Western Wall, here at the Kotel HaMa'ariv on the Festival of Hanukkah. Just a few meters behind where we now stand, some 2,200 years ago Jewish patriots reclaimed the Holy Temple from the Syrian-Greeks who had brutally suppressed the Jews from observing their religious practices at the holiest site," Friedman said. Accompanied by the chief rabbi of the Western Wall and IDF soldiers who are in Israel alone, Netanyahu said it's not just about the past but the future.

"We celebrate tonight Hanukkah, a testament to our unfailing attachment to our land and to our city.  The fact that President Trump said this is important not only for historical reasons…it's important for peace. Because if peace is built on the slippery slopes of lies and slander will eventually crash on the rocks.  You can only build peace on a foundation of truth, the solid rock of truth," the prime minister told the group.

Netanyahu praised the relations between the two allies, saying "it's an alliance based on the universal values that we share liberty, the love of freedom, justice and truth and for all of these things we say Hag sameach, Happy Hanukkah."

Friedman responded with the same holiday cheer: "On behalf of President Trump and Mrs. Trump, on behalf of the United States of America, Tammy and I wish the people of Israel, Jewish people throughout the world, a Happy, joyous, Festival of Hanukkah.  Hag Orim Sameach!"