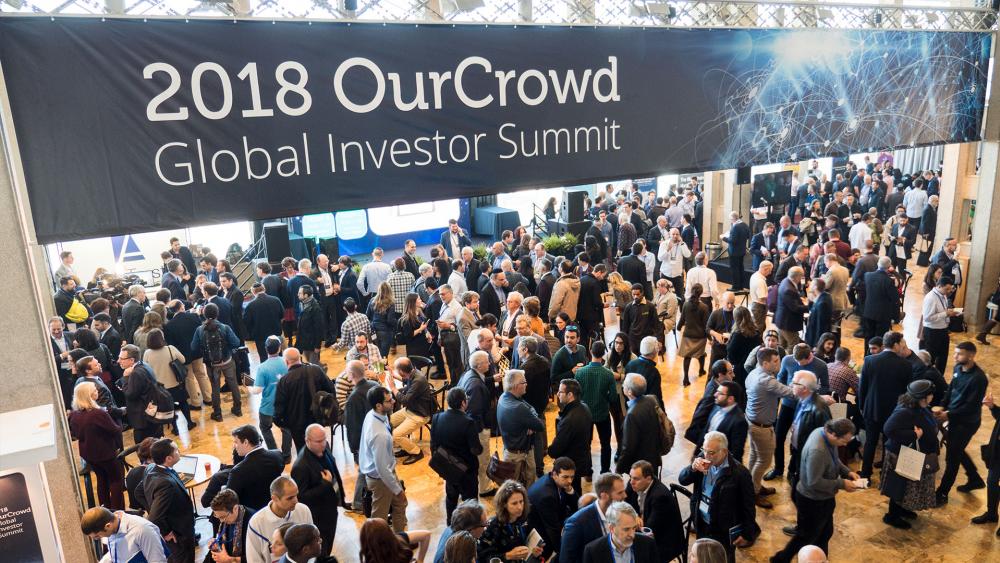 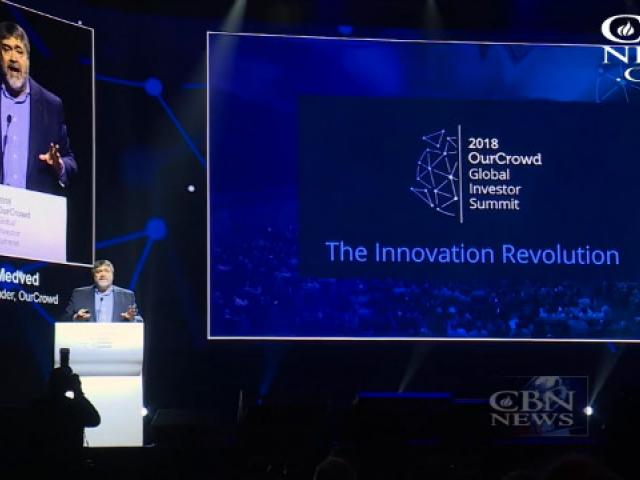 JERUSALEM, Israel – This week, 10,000 people from 90 countries came up to Jerusalem for Israel's premiere high-tech summit that marries Israeli innovation with global investment.

The company is called Our Crowd and it's the vision of Jonathan Medved.

He explained to CBN News that "Our Crowd is the world's largest crowd funding for startup platform. It's for accredited investors, people who have some resources. In the US you have to have a million dollars in assets outside of your home. But if you do, you go to Our Crowd and you can choose start-ups that you'd like to invest in. We're finding these companies. We then arrange an investment round and then we invite the crowd to join us."

Dozens of start-up companies brought their exhibits to the summit. One exhibit called the doctor's office of the future brought together a number of health care start-ups with ground-breaking technologies.

"The doctor's office of the future is basically giving patients, users, people tools to manage their health care remotely through technology and through the use of their doctor who can be remote all over the world and they can get the information through their smart phones as well as other technological devices," Herschberg explained.

Dario Health promotes a product for sufferers of diabetes.

"This device connects to your smart phone. You can manage all of your blood glucose readings, carb intake, physical activity and insulin through the device and then that information can be shared: the information on the device with your doctor, CDE and get information that you need to help better manage your chronic disease," he said.

The summit included other cutting-edge technologies in a number of fields, such as robotics.

"We developed a special controller that connects to robotic arms and enables them to learn visually by watching. We apply all kind of algorithms that extract from video streams the information that is important and we convert it into a way that the robot can perform the task," Benaim said.

Chairman of the Board of Biocatch Howard Edelstein told CBN News two or three years ago their technology was science fiction; now it's science.

"So you've heard of biometrics. We use behavioral biometrics like folding your arms this way as opposed to that way, you have preferences. You have the same preferences in how you type on a keyboard, hold your phone or mouse. So by building a behavioral profile, a bank or other financial institution can actually authenticate you against your credentials. Your credentials may be used by someone or compromised. We can also tell if somebody's identity has been stolen and someone is using that identity that doesn't belong to the owner. And the beauty is, this is continuous. So every five seconds, they get comfort that you are who you are. So if someone forcibly asks you to enter your information and then sits down where you're operating from within five seconds, they'll know it's not you," he said.

Another startup Edybees uses drones to save lives. Co-founder Adam Kaplan said their software was used in recent natural disasters in the US.

"The software was used during the hurricanes to help first responders in helping people after the hurricanes to save them and work with them," Kaplan explained. "Additionally, the software's been used in the California fires in northern and southern California where they have a drone up in the air and they need to understand, where are the firemen? Where's the fire? And where's the critical infrastructure they need to save?  So you can kind of think of our software as putting intelligence on top of a video feed. This is all done in real time where the video feed is going to the drone pilot (and) to the people on the ground, as well as to the command and control center, so they can understand where they need to put the assets in real time. So in particular, there's a lot of work in video on drones on post-processing. But when you have something up in the air and the ability to make real time decisions can help save lives."

"What's unique about BriefCam is taking video cam footage and transforming that into actionable intelligence and what that means is we're making it searchable, actionable and quantifiable," he said. "By making video actionable, quantifiable and searchable, what we're able to do is help law enforcement protect what matters most, our families, our cities and our most revered national institutions."

Briefcam helped capture the Boston marathon bombers and it aided Sergeant Michael O'Hare in tracking down a kidnapper in his hometown of Hartford, Connecticut.

"A gentleman tried to lure a 10-year-old girl into a white van. It was driving through the neighborhood. She resisted. He was insistent. Finally an adult on the street intervened just in time. He fled the scene. So the only video I had was video of him fleeing the scene in a white van. Nothing I can use with any of my analytical forensic programs to enhance a plate. So I went back and I ran two hours previous video. Ran it through Briefcam instantaneously within 34 seconds I identified that individual. He is currently incarcerated for the crimes he committed."

A big part of the summit is networking. It provides a venue for entrepreneurs and investors to come together for potential partnerships.

Herschberg of Dario Health says it's a powerful event.

"Our Crowd for us is, you know, it's in the name, Our Crowd. It really reflects their vision and it brings people together in terms of business development opportunities and it's second to none."

Aryeh Green of Gigawatt Global came looking for investors to what he described as the "leading platform throughout Africa" bringing renewable energy to that country. He also said Our Crowd reflects the ethos of the Jewish state.

"This is what Israel is about," Green said. "Israel is about bringing technology, business acumen, good ethical business practices and business and social leadership to the world. Just in the last two or three decades, Israel has proven our ability to transform different sectors, transform societies whether it's in the non-profit sector of going out and saving lives."

He added what makes Israel so special.

"We have one thing here in Israel and that's our brain," he continued. "And we've proven time and time again across almost every industry that is an approach to problem solving that says we don't take no for an answer. It's that Israel/Jewish chutzpah that people talk about. We try to think creatively. We don't believe in authority. Think of again Abraham our father arguing with God when God says I'm going to destroy Sodom. We argue with authority and we don't say this is the way it's always been done and it has to be done that way. We say how can we do it better, faster, more effectively?"

While it's the place to be for many investors, startups and innovators, Medved sees the Bible coming alive and prophecy unfolding.

"In Zechariah, it talks about, you know, near the end of days people will flock here to Israel. Because they will see that the good news is coming from Israel. They will grab the cloak it says in Zechariah, a local resident and say, 'I see that God is with you. Take me to Him.'  And this is, I think, this kind of prophecy is coming true in these days here in Israel," he said.