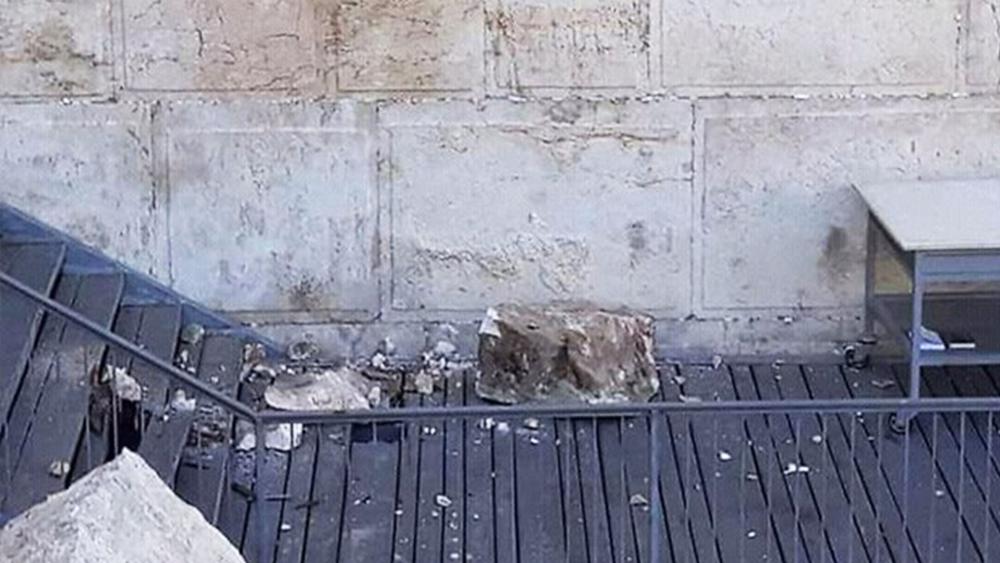 JERUSALEM, Israel – A woman praying at the Western Wall in Jerusalem's Old City miraculously escaped injury when a 220-pound rock came crashing down next to her. She continued to pray.

It was the day after Tisha B'Av (the ninth of the Hebrew month of Av), when many Jews fast and mourn the destruction of the Jewish Temples, the first by the Babylonians in 585 BC and the second by the Romans in 70 AD.

The space left by the 220-rock that fell, Photo, AP

Daniella Goldberg, 79, was praying in the "egalitarian" area at the southern end of the Western Wall, near Robinson's Arch, designated by the High Court in 2000. Three years later, a small prayer platform was built there and 10 years after that a second, larger prayer platform was added. In January 2016, the government approved a plan to further develop the site.

The larger platform was meant to accommodate members of the Women of the Wall, a feminist movement that believes women should be able to pray in any way they wish.

Massive rock that crashed to the ground, Photo, Screen Capture

Members of the group often wear prayer shawls and kippot, traditionally reserved for men. The group has been a thorn in the side of ultra-Orthodox Jews, who set the rules at the main part of the Western Wall, one of Judaism's holiest sites.

After Monday's incident, police cordoned off the egalitarian area as Israel Antiquity Authority personnel arrived to evaluate the situation.

IAA officials said several possibilities may have contributed to the rock falling, adding that the Western Wall is regularly monitored to ensure it is safe for the thousands who pray at the site.

Closeup of the hole left by the falling rock, Photo, AP

An IAA statement said they would submit their recommendations after examining all the relevant information, noting they're "aware of the sensitivity required in handling this case and will work in cooperation with all the relevant bodies."

Western Wall Rabbi Shmuel Rabinowitz called the falling rock "an extremely rare incident" that requires people to search their souls. He thanked God no one was hurt.

"The fact such powerful incident happened after the Tisha B'Av fast, during which we mourned the destruction of the First and Second Temples, triggers questions too complex for the human soul to contain and requires soul searching."

Speaking with the Times of Israel, Meir Ben-Dov, who helped excavate the area when Jerusalem was reunited following the 1967 Six-Day War, said the massive rock likely dates to the Herodian period 2,000 years ago.

"So a rock fell, so what?" the Times quoted him as saying. "The State of Israel hasn't ended. The Messiah won't come because of this." 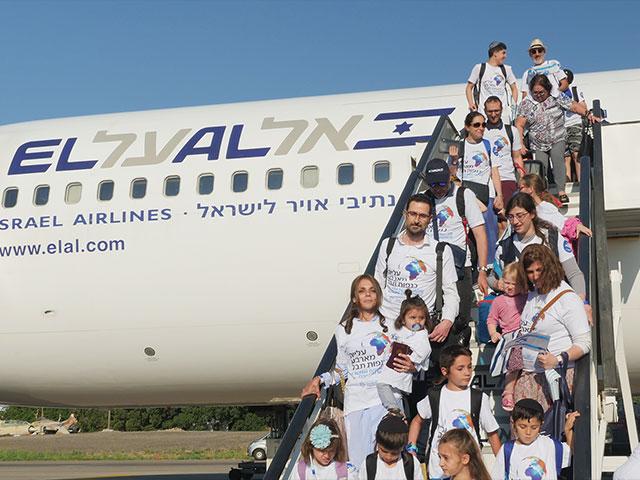