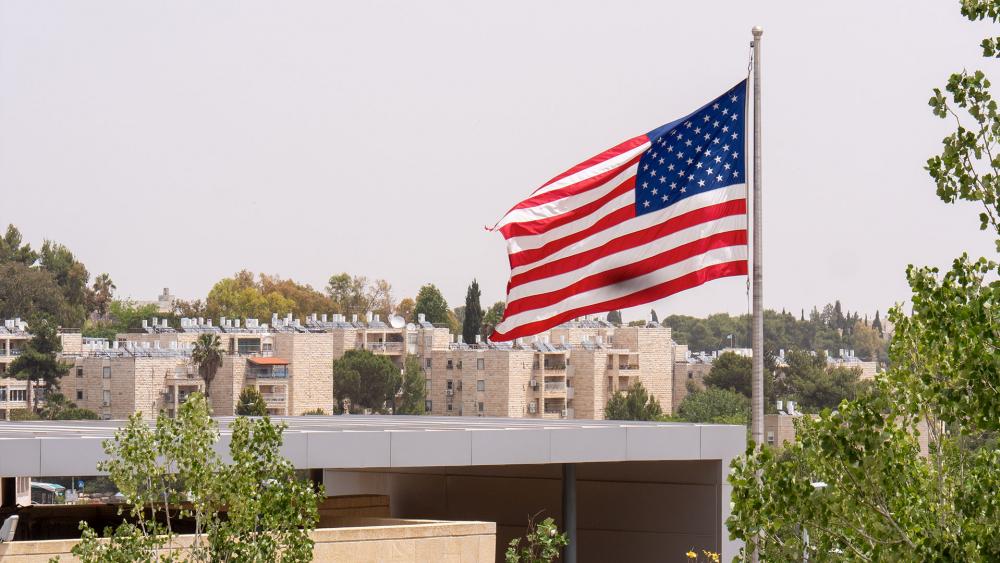 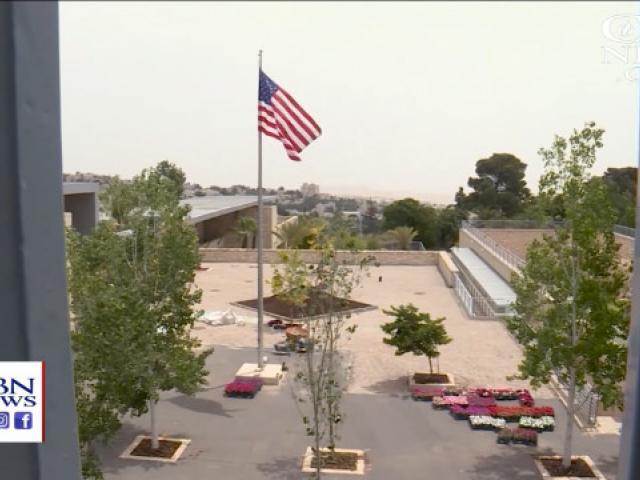 Jerusalem Steps Up Security Ahead of US Embassy Move

JERUSALEM, Israel – The Israeli police are coordinating with American security services ahead of the US Embassy move from Tel Aviv to Jerusalem, scheduled for May 14, Israel Police spokesman Micky Rosenfeld said.

"Extensive security measures will be implemented throughout that period and at the same time Israeli police will be carrying out security measures, not just in the area of Jerusalem where we are now but also in the perimeter areas in order to prevent any incidents from taking place," Rosenfeld told CBN News. President Donald Trump recognized Jerusalem as Israel's capital last December, and in February he announced the embassy would move in May. On Monday, the White House released the names of its official delegation. While President Trump will not be attending the opening ceremonies, his son-in-law and senior advisor Jared Kushner and his daughter, Ivanka, are among the delegates who will represent the United States.

According to Politico, members of Congress will also be part of the delegation.

"A senior-level delegation from Washington, including members of Congress, will attend the May 14 dedication ceremony. The Department will be represented by the deputy secretary, as well as NEA  [Near Eastern Affairs]  and [Administration]  bureau leadership," Politico quoted the State Department.

The historic move is taking place the day after Israelis celebrate Jerusalem Day, marking the reuniting of the capital under Israeli sovereignty 51 years ago, a result of the Six-Day War. According to the Gregorian calendar, Israel declared its independence on May 14, 1948 – 70 years ago.

"As the president stated in December, for the United States, recognition of Jerusalem as the capital of Israel is a recognition of reality," Politico quoted the State Department. "Seventy years ago President Truman recognized the State of Israel. Ever since then, Jerusalem has been the seat of the modern Israeli government."

Speaking at a press teleconference Friday, US Ambassador to Israel David Friedman said of the move, "In the long run, we're convinced that this decision creates an opportunity and a platform to proceed with a peace process on the basis of realities rather than fantasies, and we're fairly optimistic that this decision will ultimately create greater stability rather than less."

The temporary site chosen for the new embassy is in fact the American Citizen Services Unit of US Consulate General Jerusalem, housed in a new facility in the capital's Arnona neighborhood. Completed in 2010, it is the newest American government facility in the city (much newer than the actual consulate building, built about 1855). Getting ready for the opening of the US Embassy in Jerusalem, Photo, CBN News, Jonathan Goff

According to an American source, the building needed some security upgrades, but they were "relatively modest."

Following attacks on US embassies in Africa in 1998 and US government facilities in Benghazi, Libya, in 2012, the US government implemented new security measures. Most of those measures were already in place at the Arnona facility.

Indeed, there are very few changes to the building's exterior. Fortified and brighter street lamps were installed last month and an additional road leading to the consulate added.

Those who peer through or over the fence can see some other changes.

"In one day they have now paved the road, put in a tent for guards and millions of flowers," one neighbor said.

"It is busy here – trucks and bulldozers and people, even Israeli police, came to interview us as to who is here and who will be here on the 14th," she added. "There's full coordination with American security both in terms of upgrading the security in the area, whether its CCTV cameras for patrol units," Rosenfeld told CBN in an interview just outside the current consulate.

"There are extra security guards at both areas, which has already been implemented more than two weeks before the move and the opening of the American Embassy, but as far as we're concerned our main emphasis will not just be around the date where the American Embassy opens but the next couple weeks," said Rosenfeld, referencing Ramadan.

The night after the embassy moves, the Muslim fasting month of Ramadan begins. Historically it can be a time of high tension and increased likelihood of terror attacks.

"So the Israeli national police are implementing security both in Jerusalem as well as other areas of the country and we'll have enough units, in fact hundreds of officers, who will patrol the different areas throughout that sensitive week," he said.

Rosenfeld said that security would be at its highest level as it is along the beachfront in Tel Aviv where the US Embassy currently resides.

"Security in Jerusalem is more sensitive taking into consideration the nearby neighborhoods that can be problematic in certain periods throughout the year," said Rosenfeld.

Jabel Mukaber and Sur Baher, two Arab areas in Jerusalem, are each less than two miles from the Arnona facility.

Rosenfeld said it was "tremendously" important and significant that the embassy is moving to Jerusalem – a move that should have happened years ago.

State Department officials say the've already begun the process of selecting a permanent embassy, adding it's yet to be determined what it will cost.

"We are looking at all sites we currently lease or own, including the Arnona property," Politico quoted the State Department. "We expect site selection, design, planning and permitting, and construction of a permanent Embassy Jerusalem to take seven to 10 years. It is too early to assess the likely cost of a permanent Embassy in Jerusalem. We need to determine our needs, select a site, and start the design process."

"We are updating USG maps to show Jerusalem denoted with a star, in line with our designation of other capital cities," the agency said, according to Politico. 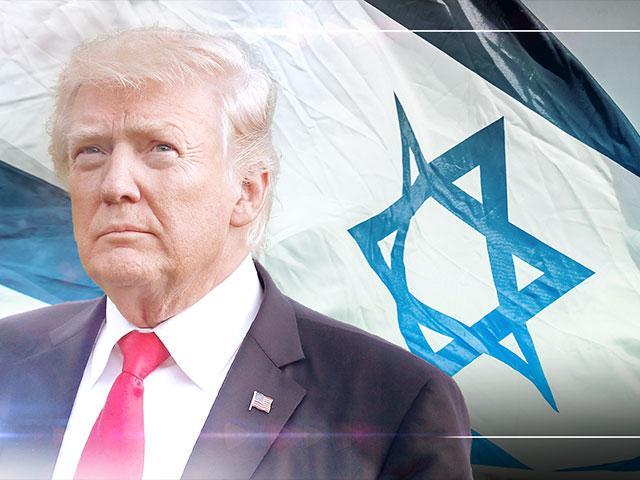 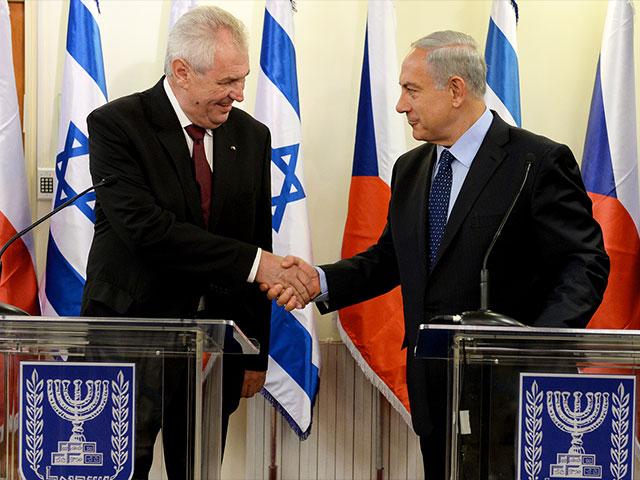 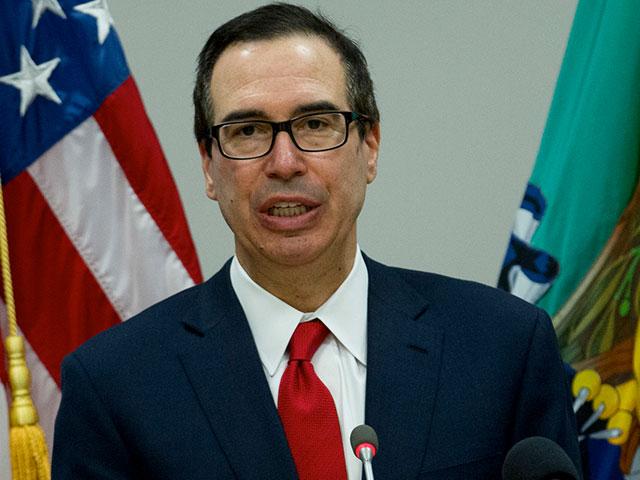