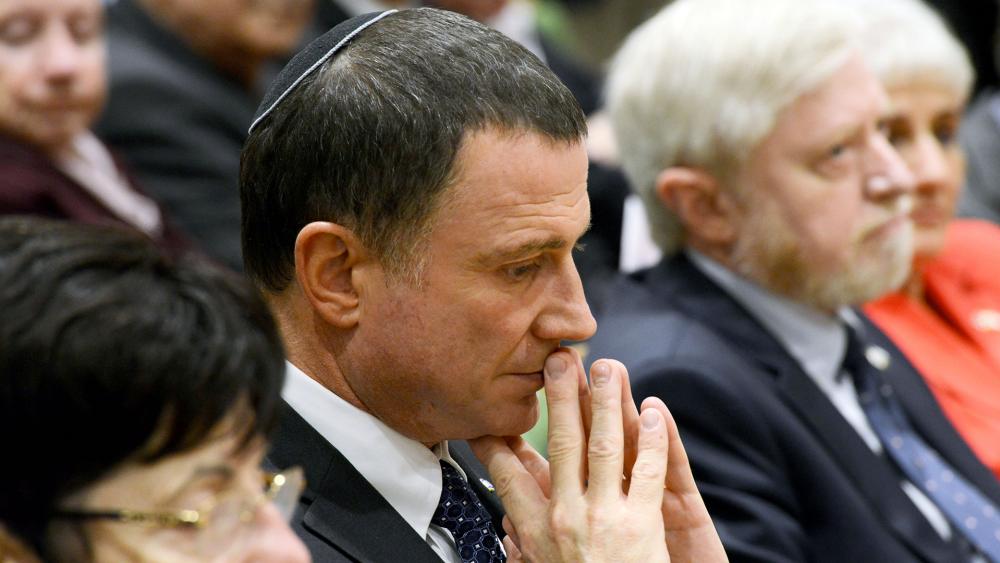 The so-called peace process, spawned by the Oslo Accords, divided the country between those willing to give up land and those who aren't. Though the Oslo process, as it came to be known, has all but died, the divisions remain.

Knesset Speaker Yuli Edelstein said he will not take part after all in this year's memorial rally for the slain prime minister. Edelstein, who had agreed to speak at the event, rescinded Wednesday.

Rabin was gunned down just after he spoke at a mass peace rally at the square on November 4, 1995. Far-right activist Yigal Amir, a 27-year-old student at Tel Aviv's Bar-Ilan University at the time, was arrested at the scene and later sentenced to life in prison.

In the years following his assassination, an annual rally has taken place at the same public square in central Tel Aviv, renamed Rabin Square in his memory.

The rally, which attracts thousands of participants, has always had a decidedly political slant, collectively blaming Israelis on the right for the assassination not only because of differing political views, but also because his murderer was a far-right activist.

Edelstein says the rift between right- and left-wing Israelis, generally evident at the annual event, prompted his decision not to address the rally.

"I thought that nearly 25 years after the vile assassination we could overcome our political biases and organize an event that would unite people behind the fundamental values of Israeli society, but unfortunately, it seems the time is not yet ripe for that," Israeli media quoted him.

Edelstein said he will memorialize Rabin at the Knesset's annual event.

"The rally will be uniting rather than inciting, uniting and not dividing and, especially, not partisan or sectoral. We hope and pray for the arrival of a diverse, broad public, from all the tribes of Israel and the layers of Israeli society. This is our way," the Jerusalem Post quoted the organization.