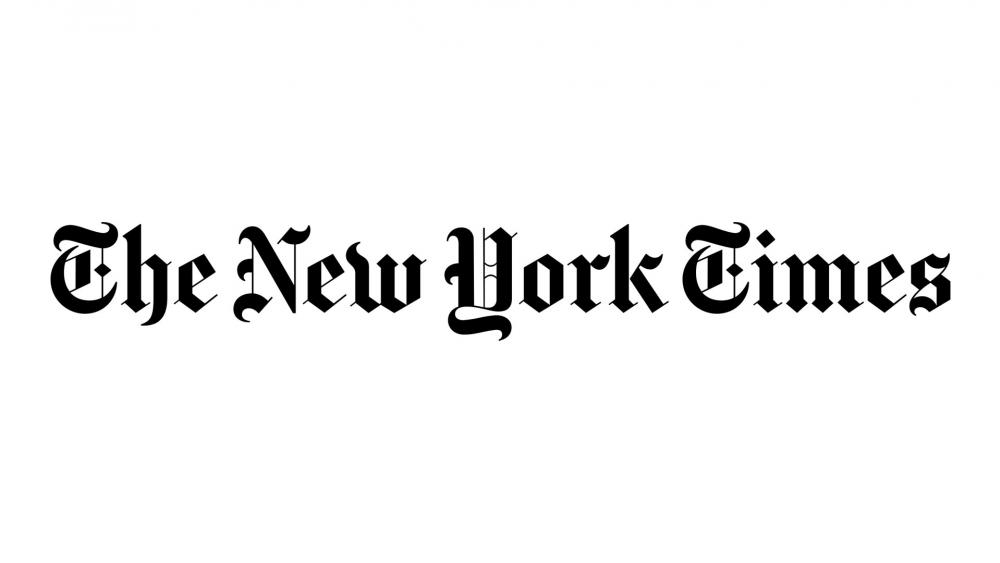 Outraged Jews and non-Jews alike are saying "too little too late" after The New York Times apologized Sunday for publishing a blatantly anti-Semitic cartoon in its international edition.

"We are deeply sorry for the publication of an anti-Semitic political cartoon last Thursday in the print edition of The New York Times that circulates outside of the United States, and we are committed to making sure nothing like this happens again," the NYT opinion section tweeted Sunday.

We apologize for the anti-Semitic cartoon we published. Here's our statement. pic.twitter.com/nifZahutpO

The cartoon depicted a blind President Donald Trump being led by Israeli Prime Minister Benjamin Netanyahu in the form of a guide dog. Trump is wearing a black yarmulke and a blue Star of David is hanging from Netanyahu's leash.

Shame on you New York Times!

This is the kind of cartoons the Nazis for their propaganda against the Jews. #Antisemitism https://t.co/0pytdIDERp

"Such imagery is always dangerous, and at a time when anti-Semitism is on the rise worldwide, it's all the more unacceptable. We have investigated how this happened and learned that, because of a faulty process, a single editor working without adequate oversight downloaded the syndicated cartoon and made the decision to include it on the Opinion page. The matter remains under review, and we are evaluating our internal processes and training. We anticipate significant changes," the paper continued.

Many were quick to reject The New York Times' apology.

"Apology unaccepted, @nytimes," wrote political activist Andrew Pollack. "This anti-Semitic cartoon should've been caught long before it was published. This is also the same newspaper who believes President Trump is spreading hate when, in reality, it's them! #FixIt"

"The Times wasn't explaining anti-Semitism. It was purveying it," Stephens wrote. "It did so in the form of a cartoon"

"Here was an image that, in another age, might have been published in the pages of Der Stürmer," Stephens added. "The Jew in the form of a dog. The small but wily Jew leading the dumb and trusting American. The hated Trump being Judaized with a skullcap. The nominal servant acting as the true master. The cartoon checked so many anti-Semitic boxes that the only thing missing was a dollar sign."

"The image also had an obvious political message: Namely, that in the current administration, the United States follows wherever Israel wants to go," Stephens said.

The Times released an initial statement that did not include an apology on Saturday, which drew even more backlash.

"The image was offensive, and it was an error of judgment to publish it. It was provided by The New York Times News Service and Syndicate, which has since deleted it," the statement said.

Israeli cartoonist Shay Charka mocked the iconic newspaper in a cartoon on Sunday that depicted the newspaper as a blind person being led by a dog labeled "The Protocols'," a referenced to an anti-Semitic book that claims Jews are trying to take over the world. The collar around the dog's neck reads "BDS", which stands for the Boycott, Divestment, and Sanctions movement against Israel.

Others highlighted the cartoon's eerie similarities to a Nazi propaganda cartoon depicting Winston Churchill being blindly led by an ultra-orthodox Jew trampling over the world.

Just days after The New York Times published the cartoon, an anti-Semite walked into a synagogue on the last day of Passover and opened fire, killing one person and leaving several others wounded.

"Words, demonstrations and the cartoons turn into shootings against #Jewish worshipers. # Antsemitism continues to take victims! Now is the time for action, for a determined war. We cannot allow the forces of hate to revive dark periods in history. #No2Antisemitisem #Pray4SanDiego"

Words, demonstrations and the cartoons turn into shootings against #Jewish worshipers. #Antsemitism continues to take victims! Now is the time for action, for a determined war. We cannot allow the forces of hate to revive dark periods in history. #No2Antisemitisem #Pray4SanDiego pic.twitter.com/FfhKUig1LN

Meanwhile, US Vice President Mike Pence vowed to "condemn all antisemitism in ALL its forms, including @nytimes political cartoons."

We stand with Israel and we condemn antisemitism in ALL its forms, including @nytimes political cartoons. https://t.co/tPbGqDBwza