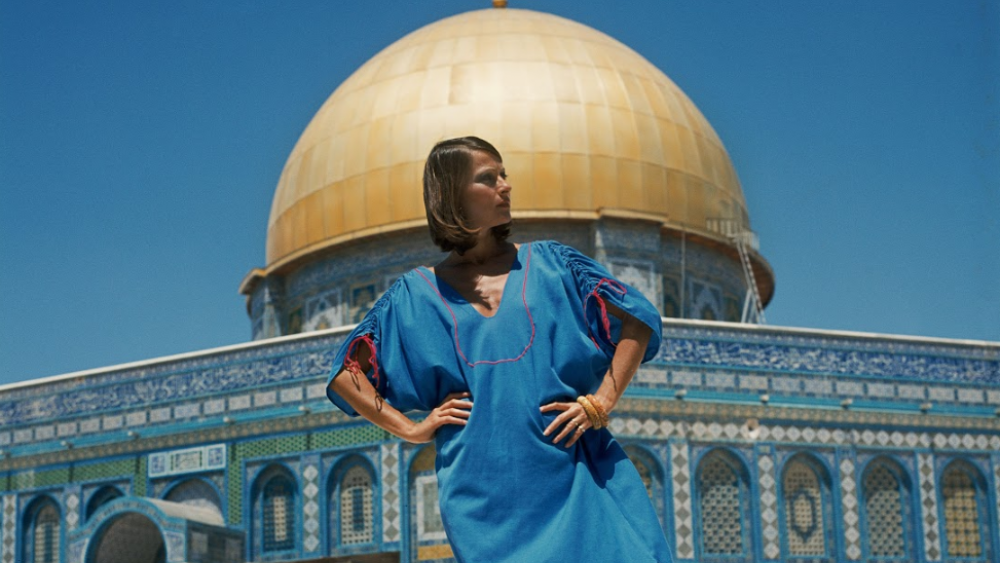 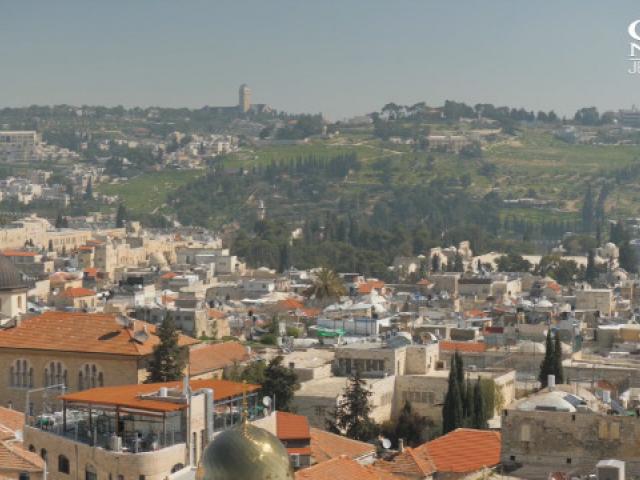 JERUSALEM, Israel - The Temple Mount (or al-Haram al-Sharif in Arabic) is one of the most contested pieces of real estate in the world. Now, it's the theme of a unique exhibit in the Tower of David Museum in Jerusalem's Old City.

"The Mount – al-Haram-al-Sharif"  takes a look at the history of the holy site from the first photograph in 1839 to the selfie of today.

The history of the Temple Mount begins in the Bible some 4,000 years ago.

(Member of the Temple Movement holds a cardboard model of the red heifer, Gali Tibbon, 2016. Courtesy of the photographer)

"For the Jews it's the place Abraham (bound) Isaac; it's the place that the world (was) create(d) from; it's the place of Holy of Holies inside of the Temple; and for the Muslims it will be the place where Mohammed rises up to heaven, met Allah, got the prayer and spread it to the world, to the Muslim world," said Inbal Simon, Guide Coordinator at the Tower of David Museum.

The site of two consecutive Jewish Temples in Bible times, it currently hosts the al-Aksa Mosque and the iconic golden Dome of the Rock shrine.

The Temple Mount is the most interesting site in Jerusalem.  It's the heart of the city and we are the museum of the history of Jerusalem," said Eilat Leiber is director and curator of the Tower of David Museum.

"More and more visitors are interested in the story of the Temple Mount since some of them cannot visit the site for different reasons – some of them for religious reasons, some are just afraid," Leiber told CBN News.

The exhibit opens with a live cam of the Temple Mount.

"We have a live all the time so in a way we can say from the older time to the selfie. We have 180 years of photography in this exhibition," said the exhibition's chief curator, Dr. Shimon Lev.

The exhibit includes photos such as one of the Omar Mosque on the Temple Mount taken around 1860; one of the first videos on the site… and the first aerial shot taken from a Zepplin in 1931.

Lev said it was difficult to put together the exhibit in a balanced way.

"My idea is not to ignore any of the sensitive or explosive issues and subjects of this project, just do it in a chronological, how it's developed to become the core or the center or the foundation stone in a way of the conflict which involve religion and nationalism and also other aspects.

According to Lev, everyone has something to say about the Temple Mount.

Leiber says their mission is to bring people together in the heart of the conflict, help them get to know one another and maybe help to change the discussion about this disputed site.