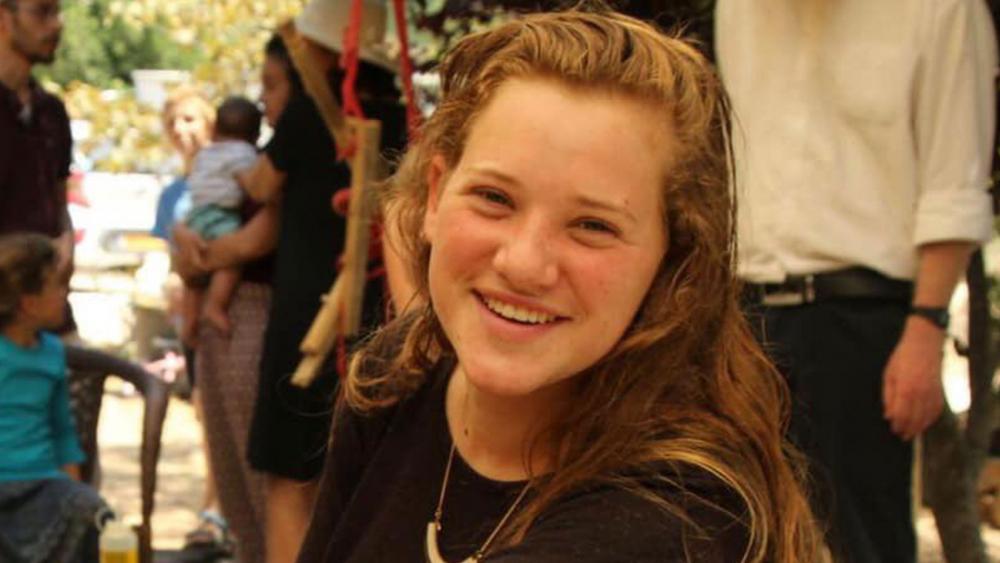 JERUSALEM, Israel - A massive manhunt is underway Friday after a teenage girl was killed and her father and brother seriously injured in an explosion near a water spring by the Dolev settlement community in the West Bank.

Rina Shnerb, 17, was critically wounded and pronounced dead on the scene after paramedics worked desperately to save her life. Her father, Rabbi Eitan, 46, and brother Dvir, 19, were evacuated in a military helicopter to Hadassah Ein Karem hospital.

"This was a [despicable] attack against innocent people going about their daily lives in peace," he said.

I am shocked and saddened at the news of the murder of Rina ז"ל, who was killed in the terrorist attack this morning. My prayers are with the family and for the recovery of those injured. This was a dispicable attack against innocent people going about their daily lives in peace

Paramedic Shlomo Perl was one of the first people to treat the family.

"We administered initial medical checks and provided them with life-saving treatment which included stopping bleeding and medications. We evacuated the 46-year-old and 20-year-old man via the MICU and evacuated them to a military helicopter that landed close by, which took them to the hospital" Perl added.

The Israel Defense Forces said the explosion was "a serious terror attack", the Times of Israel reports. Security services say a suspicious vehicle fled the area after the explosion.

An army spokesperson said an improvised explosive device killed Shnerb and injured her father and brother. Investigators determined the device was planted in the spring earlier and was set off when the family approached it.

An Israeli father & his 2 children were seriously injured when a bomb was detonated while they were at a natural spring together near the community of Dolev this morning.

We are searching for the terrorist responsible for this heinous terror attack. pic.twitter.com/OdpNWxjz5l

Meanwhile, the military is looking for whoever is responsible.

"IDF soldiers are searching the area," the military said.

Israeli officials do not know if a terror group is responsible for the attack or if the perpetrators acted independently.

The attack occurred at the Bubin spring, a popular hiking spot in Israel.

Last Friday,  a Palestinian terrorist rammed his car into two Israeli teens outside the Elazar settlement community. One of the teens was critically injured.

The terrorist was shot dead at the scene.