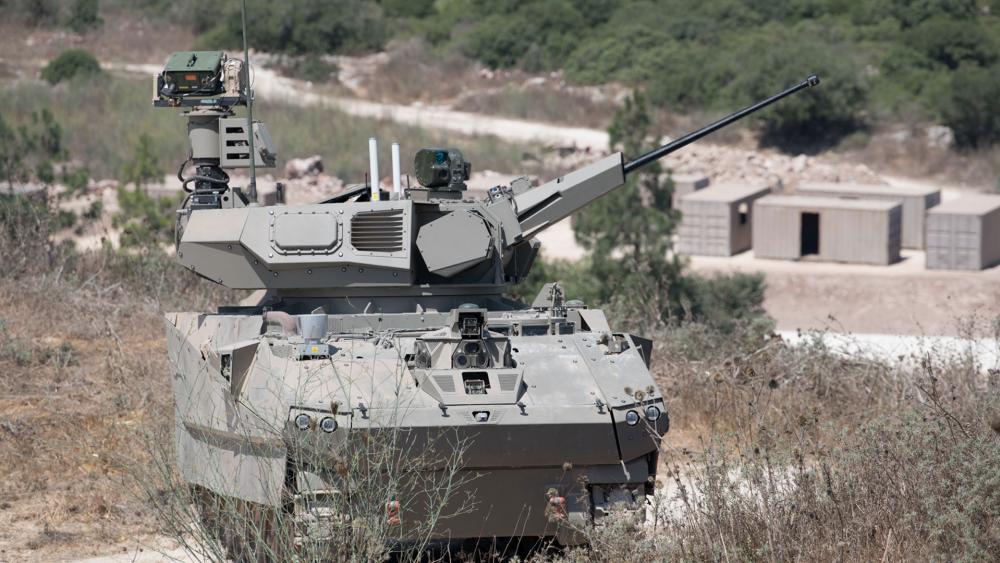 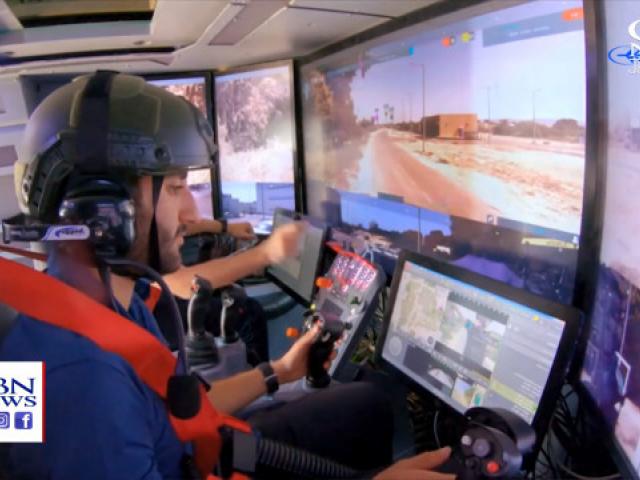 JERUSALEM, Israel - It’s like an airplane cockpit with a closed hatch, 360-visibility, a see-through helmet-mounted display and artificial intelligence capabilities.  And it can drive itself!  That’s the Armored Fighting Vehicle (AFV) of the future, according to Israel’s Ministry of Defense (IMOD).

“The Carmel Program is actually the armored future vehicle that we are working (on) for several years,” said Brig. Gen. Yaniv Rotem, head of R&D at the Israel Ministry of Defense (IMOD).

The IMOD presented those capabilities to the General Staff and friends from the U.S. military at an event on Sunday, Rotem said.

“Three years ago we decided to go for a multi-year program.  We contracted the biggest defense industries in Israel -  Rafael, Elbit and IAI (Israel Aircraft Industries).  (They) built up actually three different concepts for us according to our challenge that we put in front of them,” Rotem said.

The challenge was to develop technology for the “combat field of the future” to maintain Israel’s “operational superiority” by means of “technological superiority,” the IMOD’s Directorate of Defense Research and Development (DDR&D) said in a statement.

“The combat vehicle of the future will be upgraded with artificial intelligence, autonomous and automatic capabilities. It will be compact, agile, effective, survivable, maintainable and affordable and will be operated by only two combat soldiers,” the IMOD said.

Among the developments are Elbit’s IronVision ‘See-Through’ Helmet mounted Display based on technology developed for F-35 fighter jets.  It enables the crew to “see through” the armored shields giving a 360-degree view of the vehicle’s surroundings without having to open the hatch to the outside world.

Rafael developed a transparent cockpit design that uses augmented reality for “real-time battlefield information and data” that includes a GPS-enabled capability to let commanders and forces know the location of friendly and hostile forces.

IAI’s platform “combines a panoramic display, individual control screens and a control stick similar to a gaming console or ‘Xbox Joystick.’ It’s based on artificial intelligence technology to detect threats and enable “effective target engagement” as well as the ability to manage weapon systems and drive autonomously in various terrains.

Rotem said that the tests proved that these capabilities are “doable”.  With just two combat soldiers in the vehicle, they would be able to handle the driving as well as operate the mission.  He said the IDF intends to implement the innovations on the current “IDF operational vehicles like the Namer, Merkava and Eitan.”

Rotem said they are looking forward to the “next stage” in the Carmel Program, to have vehicles that will operate together perhaps with manned and unmanned teams working together.

He said many countries are working on such capabilities and Israel looks forward to cooperating in this field.