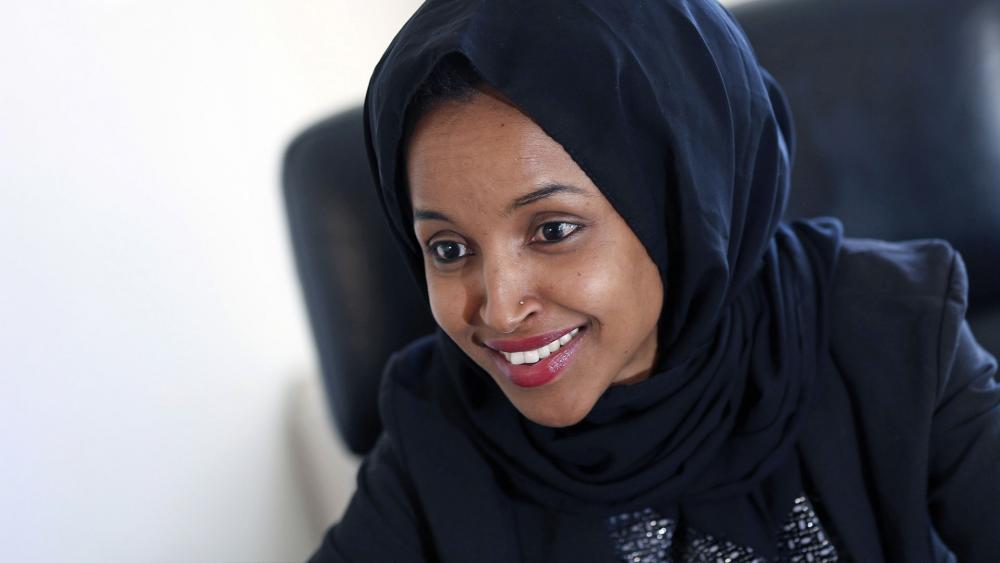 Imam Mohammad Tawhidi, who is described as the "Imam of Peace," is calling out Congresswoman Ilhan Omar (D-MN) for her anti-Semitic statements, and he's doing it in a powerful way – while standing in the very place where millions of Jews were murdered by anti-Semitism – Auschwitz.

The Muslim cleric visited the death camp to pay his respects to the Jewish people and take aim at anti-Semitism in the US.

"I am here to take a stand against anti-Semitism. I am in Auschwitz in Poland. This is where millions of Jews were killed," he says in a video posted to Twitter.

He then urged the United States to not allow anti-Semitism in its halls of government.

"The American Congress should focus on serving the American people. It should not be a platform for Islamist members of the American government to preach their hate against the Jewish people. The Jewish people will remain a minority and have remained a minority. If this situation continues then this minority will be persecuted once again and we need to make sure that this never happens," Tawhidi says.

"It is very sad to see what is happening within in the American government. People like Rashida Tlaib and Ilhan Omar, absolute frauds and Islamists, promoting hatred against the Jewish people," he continues.

WOW: Muslim @ImamOfPeace i in Auschwitz sends a strong message against #Antisemitism.

Tlaib and Omar are the first Muslim women to be elected to the US Congress. Both deny Israel's right to exist and have been accused of using anti-Semitic tropes to characterize the Jewish people.

Just this week, Omar came under fire on all sides of the political spectrum after she promoted the anti-Semitic conspiracy that American leaders only support Israel because Jews pay them to. Last month, she compared Israel to Iran and suggested Israel is not a true democracy because it exists as a Jewish state. Several years ago, she also said Israel has "hypnotized the world."

"Ilhan does not believe that the Jewish people or the Jewish nation have the right to exist. Shame on her and shame on those who have voted for her and are staying silent. We should be doing everything we can to promote peace and make sure that the American government does not allow these people that platform," Tawhidi says in the video.

The imam is no stranger to anti-Semitism himself.

"I never thought that I would ever come here and pay my respects. I was someone who hated the Jews and the Jewish nation. It's time we wake up," he explained.

In another post, Tawhidi said he was "proud to be the first *Shia* Muslim Imam to pay his respects at Auschwitz" and urged his followers to never forget what happened there.

I am proud to be the first *Shia* Muslim Imam to pay his respects at Auschwitz. #NeverAgain #WeRemember pic.twitter.com/DIkrT2Mkkz

He also said his future children will pay their respects to the Jewish people one day too.

"My future children will see this, and take the same photo decades from today. Proudly," he said in the post.

I had this picture taken at Auschwitz 10 days ago. It was raining, muddy, foggy and very cold. Everyone there, mainly European/Jewish was looking at me; wondering what my story is/was. My future children will see this, and take the same photo decades from today. Proudly. pic.twitter.com/reZqdJGfcG