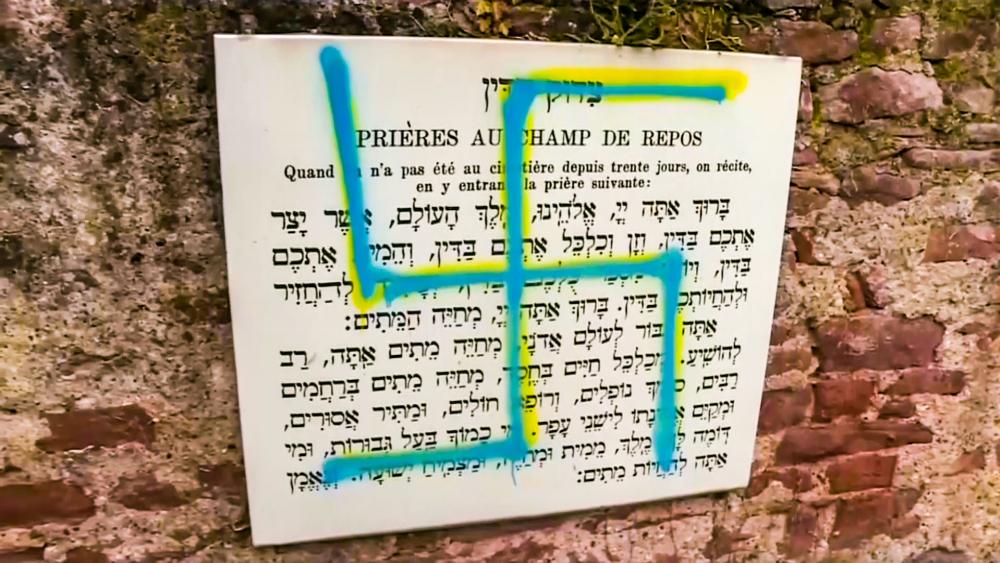 Some 80 Jewish graves were vandalized with swastikas at a cemetery in eastern France.

The incident was discovered in the village of Quatzenheim Tuesday.

Jean-Luc Marx, a top security official, said in a statement that he condemns "in the strongest possible terms this awful anti-Semitic act and sends his complete support to the Jewish community which has been targeted again." The attack happened hours before nationwide marches against the rise in violent anti-Semitic attacks against local Jewish communities.

Political leaders called for the rallies after a video surfaced of an anti-Semite calling philosopher Alain Finkielkraut a "dirty Zionist" and telling him that "France belongs to us."

France has seen a flare of anti-Semitism in recent weeks.

Anti-Semites also cut down a tree planted in memory of a Jewish man who was tortured to death in 2006.