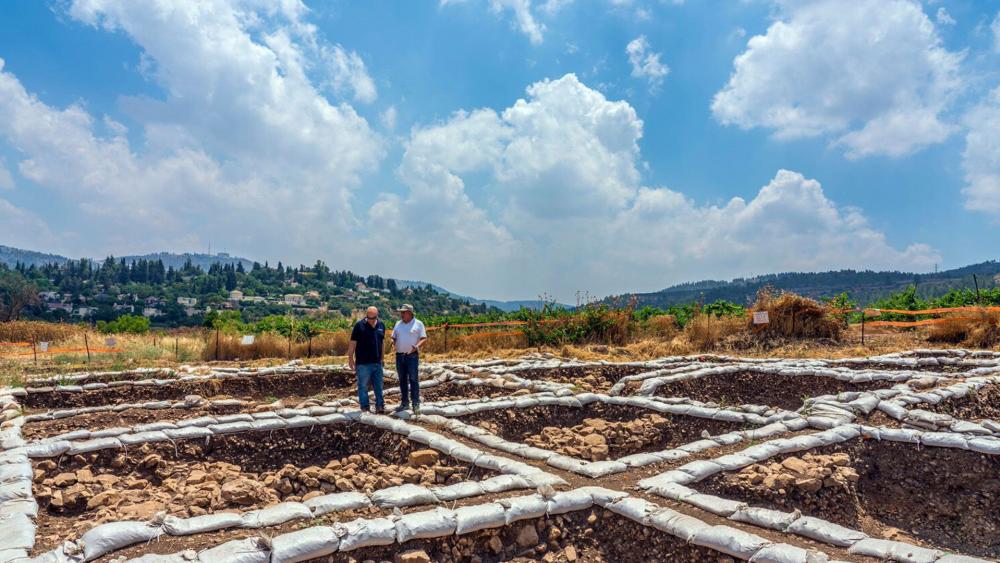 JERUSALEM, Israel — Israeli archaeologists have discovered one of the world’s largest prehistoric settlements dating back 9000 years near Jerusalem.

The settlement was discovered during excavations by the Israel Antiquities Authority approximately five kilometers (3 miles) from Jerusalem. The excavations are part of a project to build a new entrance road to Jerusalem.

The excavation’s directors, Dr. Hamoudi Khalaily and Dr. Jacob Vardi, found thousands of arrowheads, pieces of jewelry, and other evidence that this settlement was once a bustling town.

“This is the first time that such a large-scale settlement from the Neolithic Period – 9,000 years ago – is discovered in Israel. At least 2,000 – 3,000 residents lived here – an order of magnitude that parallels a present-day city,” they said in a statement.

“In a place where people live, there are dead people as well: Burial places have been exposed in and amongst the houses, into which various burial offerings have been placed – either useful or precious objects, believed to serve the deceased in the next world. These gifts testify to the fact that already during this ancient period, the residents of this site conducted exchange relationships with faraway places,” the researchers said.

The excavators found animal bones, which indicates that the residents of this town were familiar with sheep-keeping. They also discovered well-preserved legumes and bracelets.

This settlement tells researchers that Judea was more populated than once thought.

“So far, it was believed that the Judea area was empty, and that sites of that size existed only on the other bank of the Jordan river, or at the Northern Levant. Instead of an uninhabited area from that period, we have found a complex site, where varied economic means of subsistence existed, and all this only several dozens of centimeters below the surface. All findings were recorded using an innovative three-dimensional technology, so that we can continue to research the site at the end of the excavation as well."

The Israel Antiquities Authority will also create an illustrated display to tell the story of the settlement.