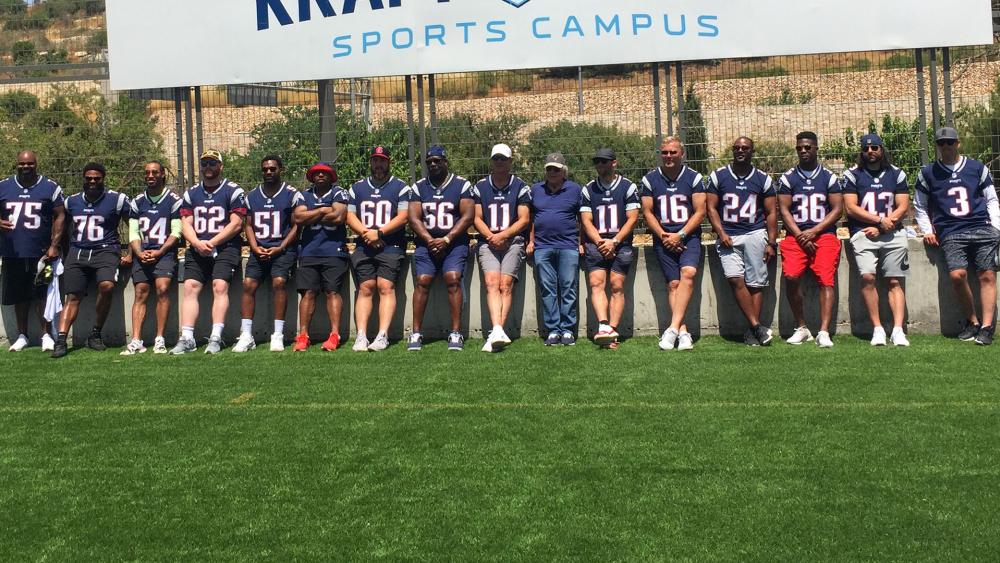 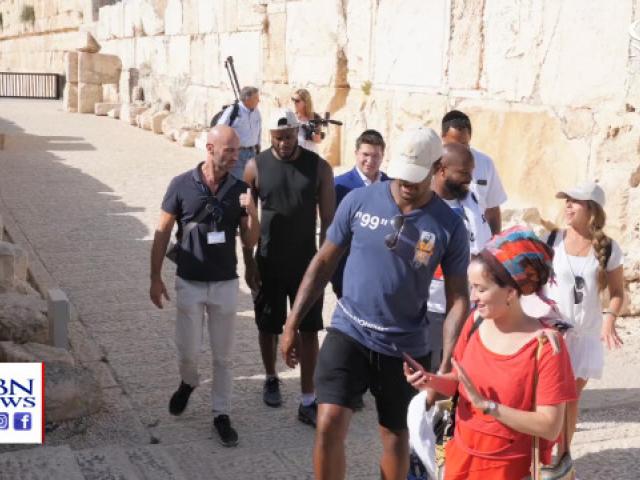 JERUSALEM, Israel - Some of the most well-known players from the National Football League recently came here to Israel.  They include one of the league's most promising quarterbacks and a recent Super Bowl MVP.

Deshaun Watson of the Houston, Texans became only the second player in NFL history to pass for 4500 yards and 35 touchdowns in his first 18 games.  That means a lot for his athletic career, but when he came to Israel as a born-again Christian for the first time, that was one of the highlights of his spiritual life.

“I've always, you know, had a strong faith but you know being able to come, you know to the Promised Land and you know the front and center of everything is definitely going to continue to make it stronger,” Watson said.

Across town, current and former members of the New England Patriots came to support Israel’s football league and tour Israel.  Owner Robert Kraft brought the players along with the six super bowl trophies the Patriots have won.  Israel awarded Kraft with the Genesis Prize for his contributions to the State of Israel.

"What does it mean to be here in Jerusalem?  Oh, my favorite city in the world outside of the US.  Brings a sport I love here; people I love to the holiest city is a great thrill and always inspires me,” Kraft said.

"What does it mean for you as a Jew to come back here to the promised land?  It's awesome.  You know, I’ve been here before.  To come out here multiple times and the second time.  It's special.  Still get that same feeling in your gut.  That connection.  Especially when you come here to Jerusalem.  So, it's unbelievable.  I love coming here.  People are unbelievable.  It's a fantastic environment,” explained Edelman.

For former quarterback and broadcaster Scott Zolak walking in the footsteps of the Bible meant a lot.

"Then to go to the sea of Galilee and you know, you've read about it in the Bible,” Zolak said.  “I've been to bible school for 12 years as a kid.  You know where it is but when you put your feet in the Sea of Galilee; when you go to Capernaum and when you go to Magdalena and the Mount of Beatitudes and we did Old Jerusalem yesterday where Jesus walked his final steps and the Church of the Holy Sepulcher … it's just amazing.  It's an amazing experience from the human element."

"My favorite thing by far was being able to get baptized in the Jordan River, you know, everybody can't say that.  It meant a lot.  It meant everything to be able to do that and be able to go back to the states."

"Some great memories.  That's for sure and hopefully, get to come back and make some new ones.  But really just this whole experience from top to bottom.  Being able to come here with family for me and with the Patriots organization.  It's been a very special trip, one I’ll remember for the rest of my life."

During the event, two Israeli football teams squared off and were coached by the Patriot players.  At the end of the event, they exchanged jerseys.  Kraft has brought patriots and other NFL players to the Holy Land before and it's likely he will bring them back again.