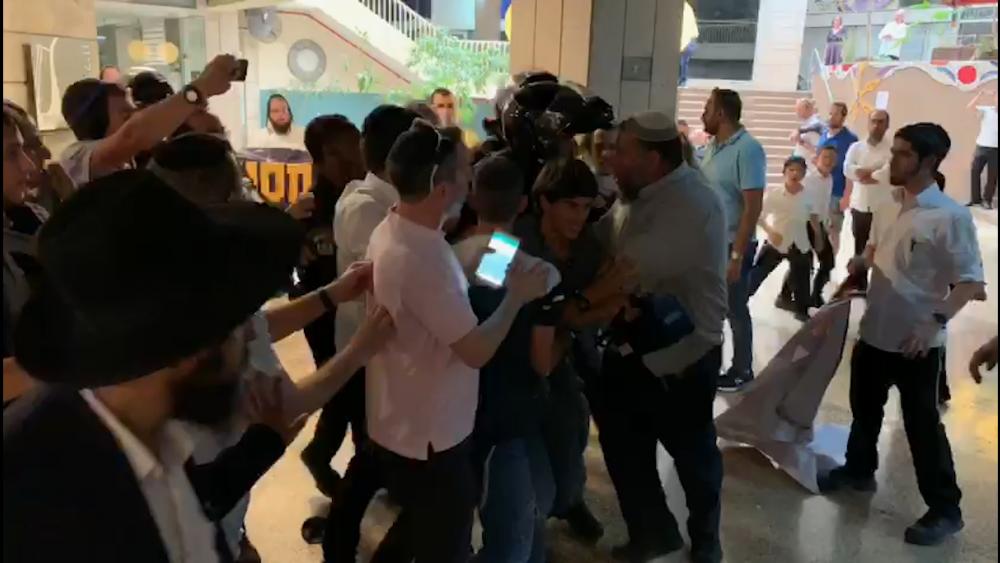 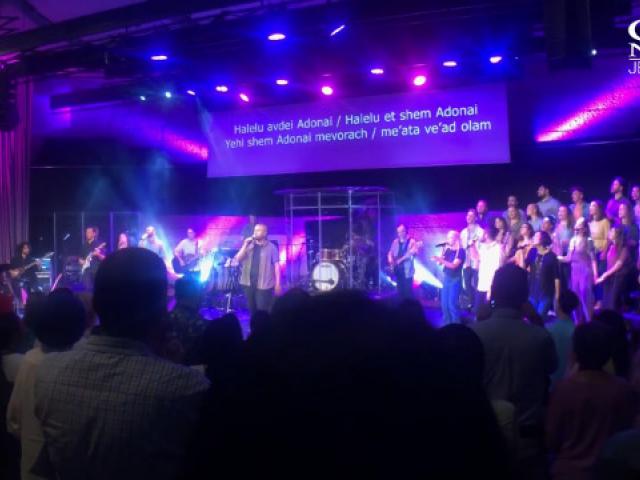 JERUSALEM, Israel - Dozens of Jewish protestors recently attacked Messianic believers headed to a Hebrew worship concert in Jerusalem. It’s the latest example of the hostility of certain orthodox Jews against the Messianic community.

Inside the King of Kings congregation, an audience listened to a concert of Hebrew worship songs, written by Israelis.

But outside, something else was going on.

“Thirty to 40 religious men had gathered and they started harassing our people as they were trying to enter into worship – blowing whistles, trying to drown out the sound of worship and that alerted the first wave of the SWAT team and the police that came out,” said Chad Holland, Senior Pastor of King of Kings Community Jerusalem (KKCJ).

The Messianic Jewish Alliance of Israel held the concert at KKCJ’s facility – one of the largest congregations in Jerusalem for Christians and Messianic Jews.

Holland told CBN News a mob of protestors outside the facility’s lobby attacked men, women, and children trying to attend the concert.

“They started by screaming, pushing. Several people were hit; some were cut in the face.  They broke glass. They damaged property. They were kicking. They were hitting. They were cornering people. They pushed several up against the wall. They pushed down several women as well. They threw water bottles. They spit on a lot of people and in the end, they started spraying pepper spray,” Holland said.

Some of the protestors held a sign from the far-right fringe group Lehava that opposes contact with non-Jews and opposes a Christian presence in Israel.

According to Holland, the police had a hard time gaining control of the protestors.

“They overran the first wave of the SWAT team. They ended up leaving. Then a second wave of regular level police came with a captain and the mob scene overran them as well with numbers and it took several hours before the police could rally enough of the SWAT team in full armor and helmets and the face shields,” Holland said.

While evangelical and other Christians are welcomed as friends by most Israeli sectors, Messianics – Jews who believe Jesus is the Messiah – are sometimes shunned.

“Even though we tried to reason with them and to discuss, hey why are you guys so angry, they said that we were traitors, that the Messianic believers were traitors,” he said.

“They chanted several times that we worship three gods. Now, of course, if you know anything about the Messianic theology, we believe in One God. And we tried to reason with them to explain to them that they had a misunderstanding. They, later on, didn’t take too kindly to that explanation. They began to chant that we were Nazis at that point,” he added.

Holland said they’d welcome the opportunity to explain who they are and what they believe to the protestors.

"We’re certainly not the enemies of anyone worshipping God but that we are believers in Yeshua,” Holland explained.

“We serve one God and we believe in the Bible. We’d love to sit down and talk with them if they would ever have us. We thank the police again and we covet the prayers of all the believers around the world,” he said.

Holland said, in the end, the protestors didn’t win because the concert went on as planned.