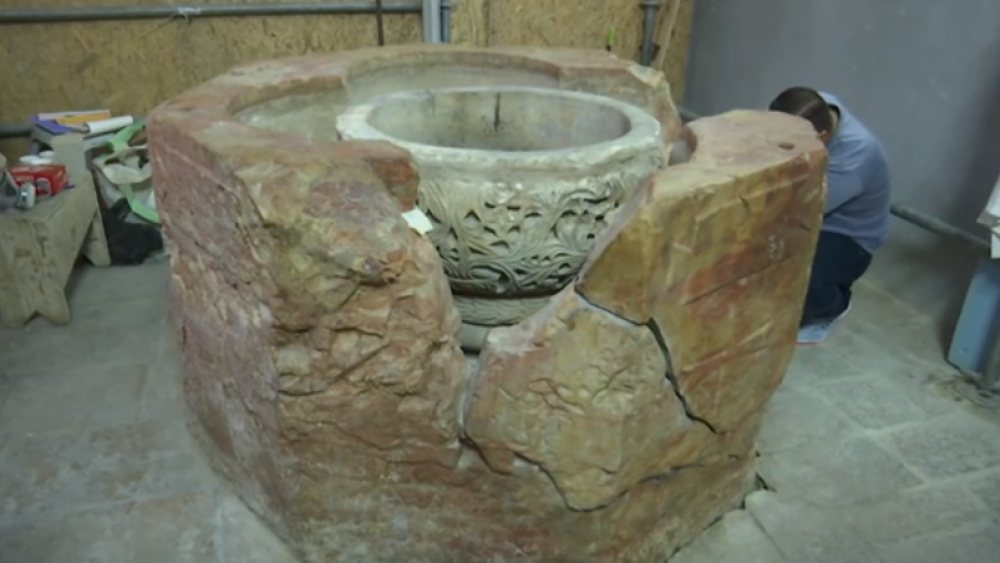 Palestinian officials say they discovered a Byzantine-era baptismal font in the Church of Nativity in Bethlehem.

The church was built in the 4th century on the site traditionally believed to be the birthplace of Jesus. The baptismal font was discovered during recent renovations on the church.

Ziad al-Bandak, Head of the Palestinian committee in charge of the church restoration, called the discovery "magnificent."

"Nobody knows why it has been covered and put in this place and never written in any historical book about it, either in the Church or in the historical books. This is for sure a baptism font from the 6th, maybe 6th or 5th century," he added.

He also said there would be a ceremony to mark the completion of the church's restoration in summer 2020.

UNESCO declared the church a world heritage site in 2013.