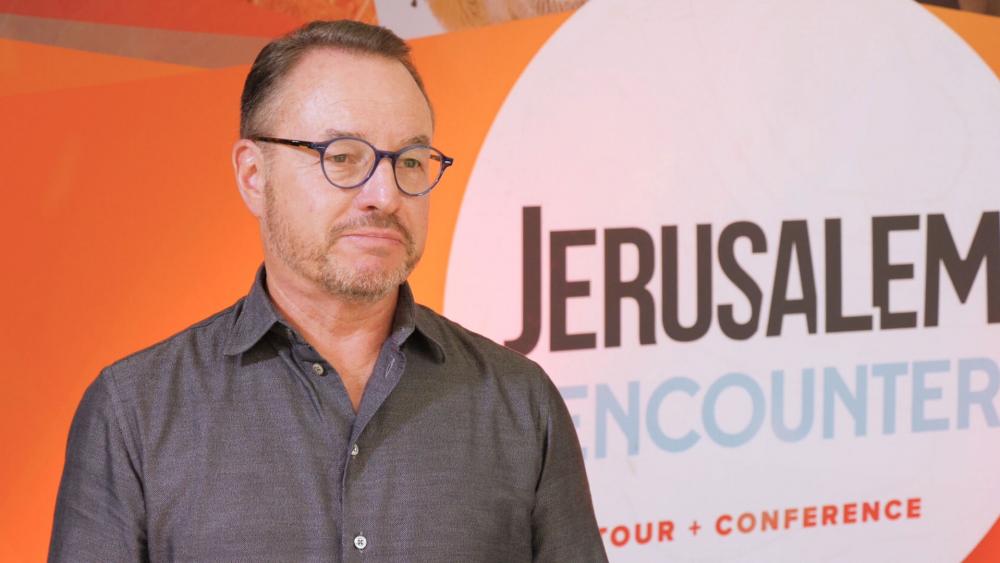 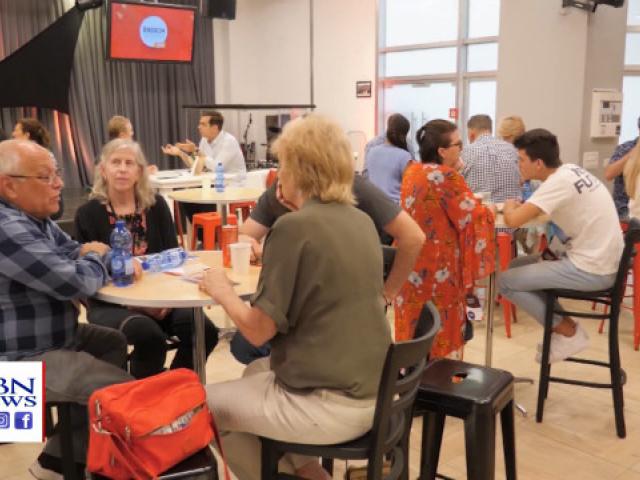 It's called the Jerusalem Encounter and it's a ministry of FIRM, the Fellowship of Israel Related Ministries.

Pastor Wayne Hilsden, Founder of FIRM, said the Jerusalem Encounter is a conference held each June.

"We invite the world to come and meet the Body of believers here in this land.  They come not just to see the ancient stones but to meet the living stones,” Hilsden told CBN News.

“This temple that's being built -- a spiritual temple of believers, Jews and Arabs together in a remarkable unity and peace building up the Kingdom of God here in the Land of Israel,” Hilsden said.

“Anytime you want to get some networking done.  You're getting people from overseas who have absolutely no opportunity to know who are the pastors are or mission agencies or workers or of the Body of the Messiah inside Israel they all get together.  It's an incredible networking opportunity,” Amie said.

Rania Sayegh is from Nazareth’s House of Prayer & Exploits or HOPE.

"All these people that come from all over the world, they come for one purpose, right?  Is first of all, bless the land.  But also stand alongside the rest of the ministries in the land here,” Sayegh told CBN News.

“Many people that would come here, come only for tourism. Sometimes they miss connecting with the Body, what the Kingdom is like here in the land of Israel among the Arab and the Jew.  So that makes a great platform for exposure for many ministries to connect with the believers, you know, support each other and stand together for what God has for this land,” Sayegh said.

For those coming from the nations, like Chuck Borsellino from South Africa, the experience can be life-changing.

"More than anything just being here has changed my life.  It has taken my faith from black and white to color.  It has just renewed my zeal for the Jewish people,” Borsellino said.

Hilsden believes it's a unique time in biblical history.

“We get testimonies from especially pastors from around the world who are surprised to discover a living, growing Body of believers here,” Hilsden said.

“The typical tour that comes to Israel would go and see the sites, the biblical sites and see those ancient stones but they don't meet those living stones.  So the shock is wow, the Lord is working is working in a fresh and new way, probably in a way greater than we've seen in the past 1900 years since the Book of Acts, I believe we're seeing an awakening of the Messiah to His people here in this Land,” he said.