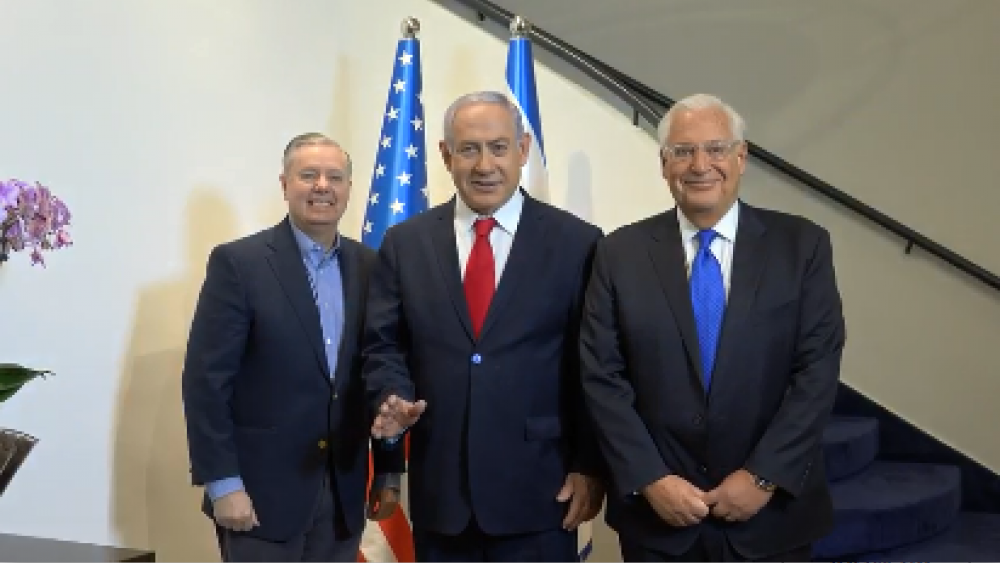 South Carolina Senator Lindsey Graham is in Israel this week to meet with government officials and learn about the security challenges threatening the Jewish state.

Netanyahu called Graham a "great friend of Israel" and said the two will tour the Golan Heights in northern Israel Monday.

"I will go up with him to the Golan Heights as a continuation of efforts we are making to get the United States, together with other countries, to recognize Israeli sovereignty and the Israeli hold on the Golan," Netanyahu said.

"I think every time you come here, you can appreciate the strategic importance of Israel being on the Golan Heights, And the fact that we’re creating new life." pic.twitter.com/mQaLYFJDJZ

On Sunday, Sen. Graham joined Ambassador Friedman on a tour of a Hamas terror tunnel along the Gaza border Sunday.

The tunnel was recently discovered by the Israel Defense Forces in an effort to thwart Hamas terrorism along Israel's southern border. The tunnels were built with the intention of transporting supplies, weapons, and terrorists into Israel.

Sen. Graham documented his tunnel visit on Twitter, saying, "The tunnels have been used by groups like Hamas to smuggle weapons and terrorize Israeli citizens."

With @USAmbIsrael David Friedman inspecting a Gaza tunnel.  The tunnels have been used by groups like Hamas to smuggle weapons and terrorize Israeli citizens. pic.twitter.com/4gVROHRvEw

Ambassador Friedman also posted a picture of him and Sen. Graham touring the tunnel.

Netanyahu announced that US Secretary of State Mike Pompeo will be visiting Israel next week to participate in a summit meeting in Jerusalem.