Kenyan Teacher Who Gives His Salary to Poor Students Wins $1M, What He Plans to Do Next Is Beautiful 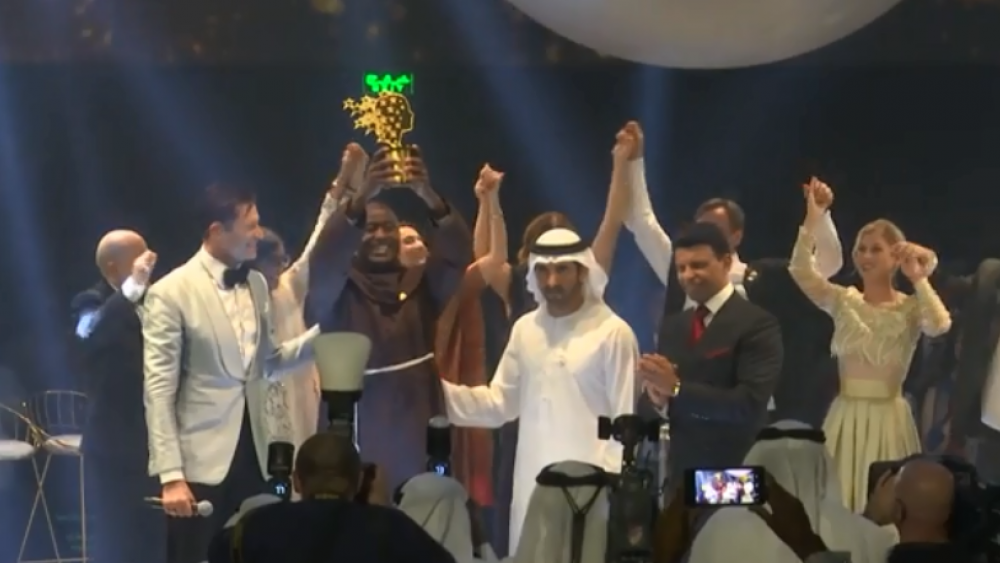 A Christian science teacher from a remote village in Kenya is the winner of this year's $1 Million Global Teacher Prize.

Not only is Peter Tabichi a star in the classroom, he also gives 80 percent of his earnings to poor students.

Tabichi, who is also a Franciscan Friar, was selected among 10,000 applicants to take home the prize. He received the award in front of an international audience in the opulent Atlantis Hotel in Dubai during a ceremony hosted by actor Huge Jackman.

Tabichi teaches high-schoolers at a government-run school in the village of Pwani. The school isn't much. It has no library, no laboratory, and only one computer with limited internet access.

Almost a third of the children in Tabichi's village are orphans or come from a single-parent home.

To make matters worse, his region is plagued with severe drought and famine.

Despite this, Tabichi has helped his students compete in international science competitions and even go to college.

The teacher views his award as a big win for Africa.

"It was really a great moment not just for me but for Kenya, for Africa and all teachers and students who struggle every single day with so many challenges," he said.

Tabichi doesn't plan on keeping the $1 million for himself. He wants to use it to improve his school and feed the poor.

"This prize, I intend to give it back to society, I intend to come up with projects that will really seek to solve the (problems) facing the school and also the surrounding community. Because I cannot do everything that will solve all problems in the continent but if I do a few things and then other people from other parts of the world, the continent are also going to really say that something is happening somewhere and therefore they will be very happy for that achievement," he said.