‘I Wanted to Run in His Footsteps’: Christian Group Competes in Jerusalem Marathon With Mission to ‘Run for Zion’ 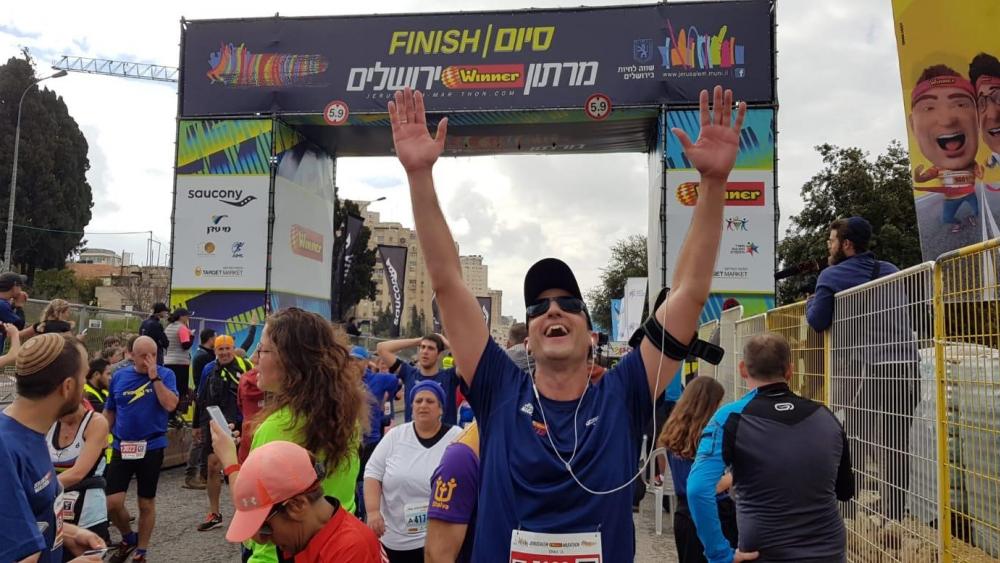 Credit: CBN News
6014499819001
‘I Wanted to Run in His Footsteps’: Christian Group Competes in Jerusalem Marathon With Mission to ‘Run for Zion’

JERUSALEM, Israel – Thousands of runners from around the world came to Jerusalem Friday to run through 3,000 years of history in the 9th annual Jerusalem Winner Marathon.

This year, a special group of Christians called “Run for Zion” left their mark on the streets of modern and historical Jerusalem.

Jonathan Feldstein is founder and president and said this is the “first time that anyone in the history of the Jerusalem Marathon has promoted this as a Christian experience.”

This is the first year the organization has participated.

“As an Orthodox Jew, it’s just so awesome and humbling for me to be able to provide that experience for people,” he added.

Feldstein says his organization gives Christians an opportunity to experience Israel beyond what tours offer visitors.

“This provides a different prism for people to be able to come and have a unique experience through running, with touring on both sides. But we also built up the opportunity to bless Israel, not just by being here, but by raising money for various non-profits that we’re supporting,” he explained.

“I came here because it’s the 70th anniversary of the modern State of Israel, the first anniversary of the American Embassy’s move to Jerusalem, and Jonathan’s a personal friend. I really believe in the vision of Run for Zion and integrity and excellence he walks in,” she said.

Dr. Pat Castle is founder and president of the largest pro-life running group in the world called LIFE Runners. He and his wife Angie came to join the Run for Zion team

“This will be my 60th half marathon and here we are in the Holy Land so as the founder and the president of the largest pro-life organization in the world, it is an absolute blessing to represent 10,617 teammates here,” Castle said.

The opportunity is especially significant for Angie because this is her first time in Israel.

“I wanted to be right here where Christ walked. I wanted to run in His footsteps,” she said.

Feldstein says he hopes next year to have as many as 500 Christians who will come to run for Zion.