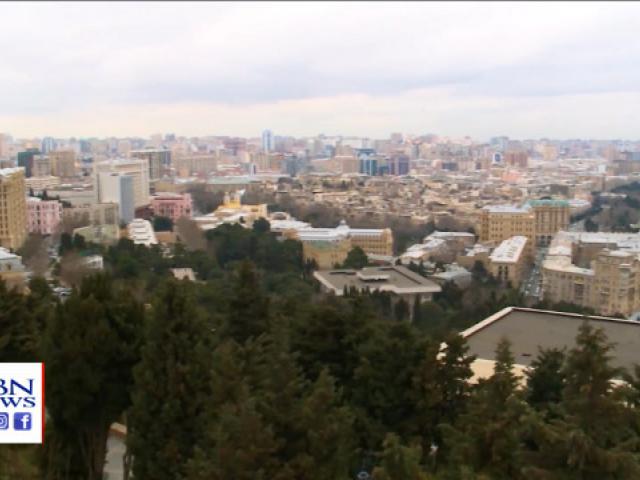 The Shi'ite Muslim majority country of Azerbaijan recently invited more than a dozen evangelical pastors on an official visit to the nation.  But why would the president of that country be interested in evangelical Christians?

Azerbaijan is located on the Caspian Sea, bounded on the north by Russia and south by Iran.  But this former Soviet republic where Shi'ite and Sunni Muslims inter-marry and Christians and Jews live freely believes that tolerance is the way to go.

"Dialogue is very important during this time because in different parts of the world we are witnessing lots of conflicts and wars, which makes necessary for establishing a dialogue," said Mubariz Gurbanli, Chairman of the State Committee on Religious Associations.

As a government minister, Gurbanli hosted the group of fifteen Evangelical leaders and a rabbi.

"We are part of the Muslim countries but despite this fact we are also home for three different religions," Gurbanli told CBN News. "That's the importance of this event."

Gurbanli said his country is leading this dialogue because of its history.  Azerbaijan hosted many religions over the centuries – including Judaism and Christianity – before Islam arrived 800 years ago.

"That's why the history gives us a good opportunity to (bring) up the ideas of tolerance and mutual understanding," he said.

Schneier has been working to improve Jewish-Muslim relations through his Foundation for Ethnic Understanding.

"I thought that it would just be a natural extension of what we're doing to see how we can build better relations between Evangelical Christians and Muslims back in the US," Schneier told CBN News in Baku.

He teamed up with Bishop Robert Stearns founder of Eagles' Wings Ministry to create a better understanding between Christians and Muslims.

Going to Azerbaijan was the natural first step.

"There are 57 Muslim nations. Azerbaijan has led the effort in terms of presenting a more progressive, a more centrist, a more inclusive, a more welcoming Islam – an Islam that is very committed to religious co-existence, to inter-religious activity, a Muslim nation that is supportive of the State of Israel," Schneier said.

"I believe it's an extraordinary moment in the Kingdom of God where God is moving behind the scenes in ways we can't imagine," Stearns told CBN News.

The group met in Baku, the capital of Azerbaijan.  Their first stop was the state cemetery known as the Alley of Honor and the Alley of Martyrs where civilians massacred in a Soviet crackdown in 1990 are buried.

The grand mufti of the Caucasus region, Sheikhullslam Allahshukur Pashazade, Chairman of the Caucasus Muslims' Board told the group establishing relationships is not based on religion but on common humanity.

He later hosted the group for dinner at his palace.

The pastors were moved.

"What has surprised me the most is the level of communication and relationship and it seems like genuine friendship between the various major faiths that are in this country," Pastor Wayne Graham, from Kings Park International Church in Durham, NC told CBN News.

"You just don't see that even in the United States we seem to have a lot of intolerance right now," Graham said.

"I love the fact that they have people from all over the world here," Pastor Benjamin Richard from Gate Keepers Church in Dubai, UAE told CBN News.

"They also have different faiths that are represented and its one of the places that I think are really leading the way by example of what co-existence and cultural harmony and religious tolerance looks like," Richard said.

Schneier said he believes this is a first step toward reconciliation between Muslims and Evangelicals.

"Our coming here to Azerbaijan that journey has now begun, we need to continue to walk along that path," Schneier said.

Stearns called it an opportunity for the kingdom.

"This could be a moment of wonderful blessing for Azerbaijan so I'm inviting the Christian Church worldwide to pray with me that this is an hour for the glory of the Lord to come to this nation," Stearns said.